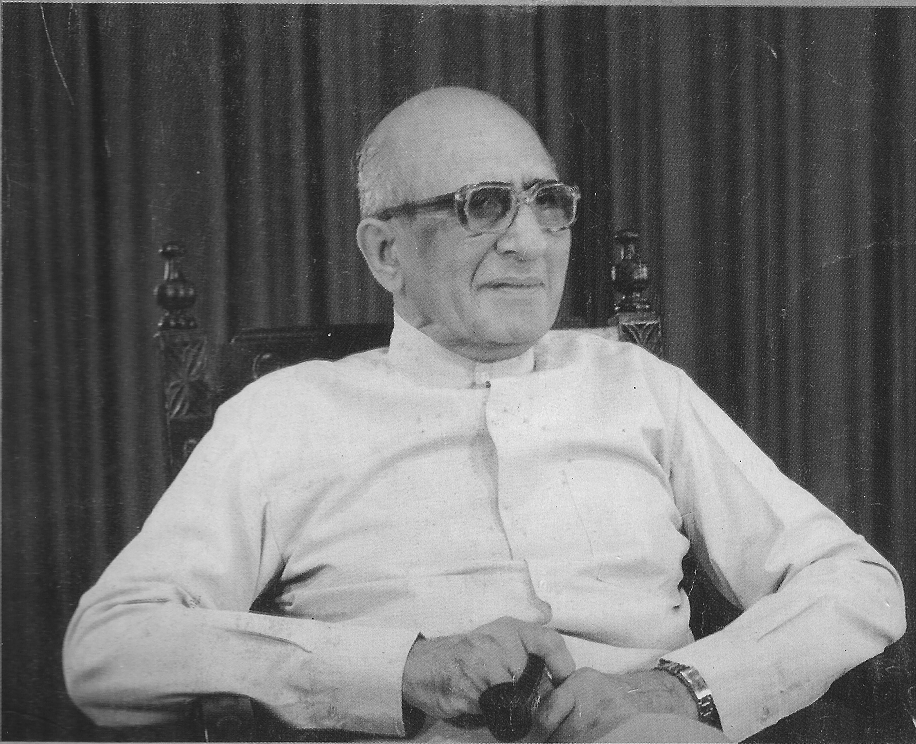 Abdul Aziz Gulamhusein Remtulla’s life in Ceylon exemplifies the frequent tendency of the Khoja migrants to engage in the civic life of their new home to “payback” to that society.

The son of a successful Gwadar-born merchant, who made his home in Colombo of the 1930’s, Abdul Aziz, as he came to be known in Sri Lanka, went on to devote more than 50 years to the plight of migrant tea-plantation workers who had been grossly exploited, first by the colonial plantation owners and later by Sri Lankan. During this time, as a trade unionist and politician, Abdul Aziz Bhai became the voice of conscience for successive post-independence governments, earning a reputation as a fearless fighter and yet being a polite and cultured human being, creating political alliances for his cause. Abdul Aziz Bhai died in 1990 and it is a testament to his towering stature in Sri Lankan society that the President, Prime Minster Andy politicians of all stripes were in attendance at his funeral. In fact, the government also issued a special commemorative stamp in honour of his contribution to that beautiful but troubled nation.

Abdul Aziz was born in Porbandar, Kathiawad in 1914 - the story is told that his mother had lost all her previous children at birth and by Khoja mantra custom, she “left” Abdulaziz on the roadside and then picked him as if he was a “foundling” i.e not her own child so as to beat the curse of losing her "own" children - Abdul Aziz went on study at the best high schools in Karachi and later at Bombay University. He was soon part of Gandhi’s freedom struggle, going on to being elected to the Executive Committee of Bombay Students Movement in 1935, A frequent target of British colonial police harassment, he was forced to flee to Ceylon after graduation.

Initially joining the family import/export business, Abdul Aziz was soon back into politics, joining the local Indian Association where he rose to become President. He was drawn towards the plight of the mostly Indian tea plantation workers and became the voice of these, the most downtrodden sector of the Sri Lankan society.

For organising the workers, he was despised by the plantation owners and a constant thorn for the British authorities who once arrested and charged him with "sedition". It is said that he avoided a stacked colonial trial by cleverly insisting on a Tamil-speaking jury. The jury acquitted this fighter of their own rights.

As soon as the British departed, local communal forces came to play in Sri Lankan politics and they too failed the helpless Indian migrants. Abdul Aziz fought their unpopular cause with the governments - initially fighting against their disenfranchisement; the eroding protections under the labour laws; the lack of education for their children and against the constant threat of deportation back to India. Abdul Aziz was the President of the Ceylon Workers Congress until 1945 and formed the more left-wing Democratic Workers Congress, which was very unpopular with the local elites.

In 1949, he was elected as a Member of Parliament but subsequently lost the seat when the Indian workers were disenfranchised. Later, in 1970, he was appointed to the Parliament by popular Prime Minister, Mrs Bandaranaike. Thorough skilful manoeuvring of the coalition politics of the multi-ethnic Sri Lanka, he consistently raised the workers' concerns, even though his voice was frequently drowned in a cacophony of the fight between the majority Sinhalese and the minority Tamils, Muslims, Christians etc.

Later, he campaigned for the rights of all working Sri Lankans and rose up in the ranks of progressive international organisations becoming the vice-president of the Afro-Asian Solidarity Organisation (AAPSO), based in Cairo. In the days of the super-power rivalry and growth of the non-aligned movement, Abdul Aziz Bhai was a fiery speaker for peace and solidarity frequently travelling to international forums where he met world leaders including Jawaharlal Nehru, Indira Gandhi, Zulfikar Bhutto, UN Secretary-General U Thant, Chinese Premier Chou en-Lai etc.

Abdul Aziz Bhai’s life illustrates the possibility of those with privileges to use their good fortune for those less fortunate. As the eldest son of a wealthy Colombo merchant family, he could have easily settled into a comfortable life as one of Sri Lanka's post-colonial elites and even secured a non-contentious political role but instead, he chose to use his education and personal wealth for the difficult and dangerous fight against injustice. That his progressive Khoja family supported his life-choice also deserves recognition and is a lesson to Khoja parents everywhere.

Abdul Aziz Bhai and others in public service globally (See Amir Habib Jamal or Issa Gulamhussein Shivji of Tanzania) illustrate best the tradition of the Khoja to engage in "sewa" to effect social change and promote the greater common good.