"Thank you all for the memories, and thank you for what you brought to the game of cricket, as players, management, commentators, fans, and cricket lovers. It will forever be cherished in the hearts and minds of all those you touched. The precious treasure of brotherhood and values will never be forgotten." Alnoor Mawji

Right from Fazal Sumar (Kifaru) to Shiraz Sumar, Aga Khan Sports Club, with their entertaining cricket, have proved to be the biggest crowd puller on the local cricket scene. With the cricket season about to begin, it is appropriate to recount the glorious past of their club.

The history of the club dates the back to nineteen twenties. It then used to be ‘Brotherhood Sports Club’, which was later changed to ‘Panjebhai Club’. Among the pioneers were stalwarts such as HJ Pirani, Ibrahim Dharsee(Bai) and MK Damji.

The thirties saw the emergence of Fazal Sumar, better known as ‘Kifaru’. He was a deadly spinner and took wickets left, right and centre. Then came the great Mamda Kassam whose electrifying bowling had batsmen trembling. It is said that his sharp perception would not let any batsman settle.

In the year 1946 on the occasion of Diamond Jubilee of His Highness the Agakhan, AG Abdulhusain donated a floating trophy ‘Agakhan Cup’ for the annual Ismaili versus Non-Ismaili tournament. On that particular instance in August 1946 reputed cricketers from Kenya and Zanzibar came to participate in the tournament and His Highness Sultan Mohamed Shah himself was present at the Daressalaam Gymkhana ground sitting in the pavilion. It was a great occasion witnessed by hundreds of spectators who had come from all over East Africa. The Non-Ismailis won on that occasion and His Highness presented the trophy to the Non-Ismaili skipper.

There were other players too like AI Ebrahim, BH Sachu, A Murji, PV Rajan, BG Moosa and HK Hirji. PV Rajan’s sixes still get talked about. The fascinating opening pair of HK Hirji and Badru Mussa always laid solid foundations. Badru Mussa used to be severe on the leg, piling up Agakhan’s score to the delight of their supporters.

Agakhan Club had a large number of supporters and they thronged the ground in hundreds. Drumbeats and trumpet blaring provided a festive environment at the ground. Boundaries, sixes and fall of wickets were met with deafening cheers. At times tempers flared among spectators and even fist-fights broke out which momentarily tensed the situation but then livened up the proceedings. After the victory supporters took out a procession through the streets of Daressalaam. Indeed those were the good old days.

The Bhamji brothers, Badru and Feroz, played a vital role for the club in the later phase. Badru’s century against the Indian team consisting of their test bowler Ramakant Desai became the talk of the town. Shamshu Alidina, Allu Visram and the illustrious Shiraz Sumar followed but by the early seventies, the exodus of the larger section of the community to Canada had its effect on Agakhan Club’s cricket dominance.

There were other stars too like Alnoor Fazal, Parvez Vira, Bashir Ramzan, Alnasir Hasham and of course the good old Mithoo Thawer whose tremendous services to the club right from the 1950s through Zanzibar up to 1990s deserve special mention. 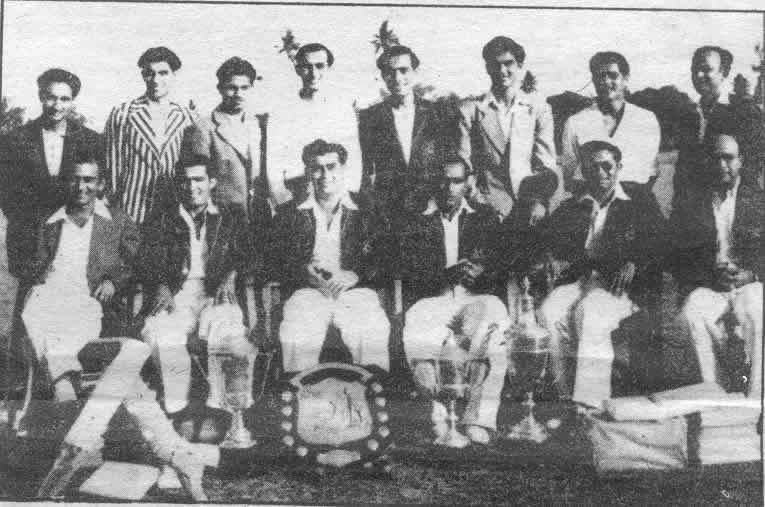 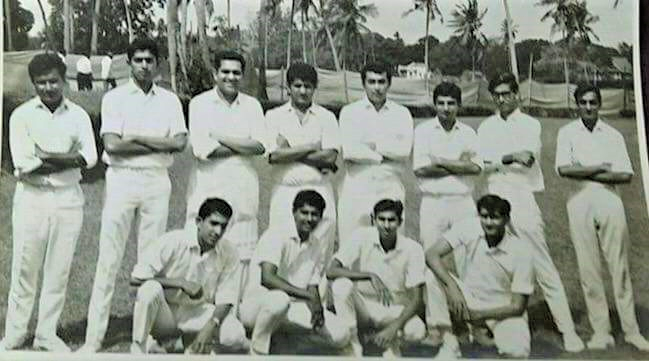 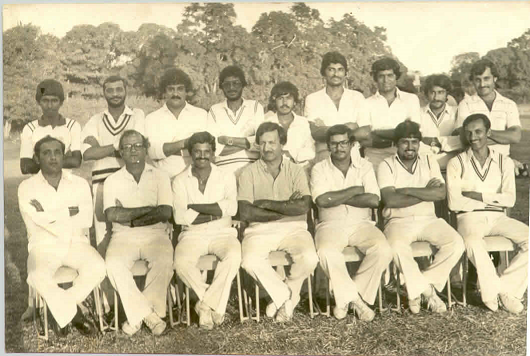 CONTRIBUTED BY: Alnoor Mawji to http://www.dewani.ca/af/guestbook/

"Thank you for the memories.... I was an avid cricket fan, alongside my dad, Fateh Mawji (deceased 1991), who, for the longest time, was the manager for AgaKhan Club 'B' (formerly Dar Cricketers). I was pleasantly surprised to see your reference to him in your article on Naaz Bandali. I was not aware of any acknowledgement to his efforts before reading your article online. It brought tears to my eyes to see the flashbacks to the good old cricketeering days. The community back then, while being fiercely competitive on the field, was also a brotherhood off field. Shakir Sherali was my neighbour down the road, and I will always respect the finer points of being a gentleman displayed by Bashir Tejani and Mohamed Nathoo. I also had the good fortune of tagging my father and being around a lot of wonderful people in the cricket community. The experience taught me a lot of values, which carry on in life. Their names be too inumerable to mention here, however, their input during my formative years lives on. I would not trade my childhood in the cricketeering community for anything! I would heckle Union during the matches on the weekends, as I was an avid AK Club supporter. However, come weekdays, when us kids used to play cricket in the alleys behind Upanga Jamaatkhana, Shakir, on his return from work, would sometimes stop by, and talk to us about cricket. His advice was always looked forward to, as he was a true sportsman, beyond his team colours. I would love to see an update on the current cricket community in Daressalaam, as it is sorely missed by all of us here in Canada. Here's an update on former players that I know of: Alnashir Hasham (Ilala): Lives in Toronto. He is still a great proponent of fitness, and works part time as a fitness coach at a local gym in the area. His son, Imran, whom you made reference to in your profile on Ilala, is a prolific soccer player on the local scene. Zul Hasham (Ilala's brother): lives in the Thorncliffe area of Toronto. His son, Samir, has carried forward the family tradition of cricket, and, last I heard, was selected to represent the province of Ontario at the high school level. Bashir Ramzan: Is also in Toronto, and we reminisce about cricket's glory days whenever we run into each other. Mansour Ashadali: passed away in Toronto (May God rest his soul in peace). He will always be remembered for pushing every ball, no matter what the location of the delivery, to the LEG side. Shiraz Summar: Is in New York. Last time I saw him, was a few years back. He has shifted his focus to volleyball, and is every bit as agile as back in his heydays. Bashir Hasham: lives in Toronto as well. Sadly, after a brief tenure with the Agakhan Cricket team in toronto, he has retired his bat, in favour of other endeavours. Amir Badr (PINTO): The colourful manager of AK Club, is now in Toronto, after a short spell in Montreal. Both his sons have developed into exciting soccer players, and are a joy to watch on the field. I also saw Sajjad Lakha and Shabir Kaderbhai around Toronto a few years ago. Not sure of their present whereabouts. I want to thank you, from the bottom of my heart, for the impartial portrayal in your articles, as well as for preserving the memories for all of us. I have been trying, albeit with no results, to find a site devoted to daressalaam cricket news. Would love to find out where the former cricketers are too. If anyone knows the contact information or whereabouts for Karim Jamaal (Bree), or Amirali Fidahusain (he was the wicketkeeper for AK Club back in 1990. One of the "imports" from pakistan), or Ayzaz Jessani,I would much appreciate if you could drop me an email. Is Mithu Thawer still around? What about Chacha that changed the scoreboards? Naaz Bandali? Ganesh Nanji (G9) and the other fans? Sanju Pandya? Shakir Sherali? amin kara? Bashir Tejani? Mohamed Nathoo? Amir Nathoo? Onali Chandoo? Ranjit Bhatia? Rohit Vaja? Rashmi Raichuda? suru patel? Hitesh Patadia? the Kamania brothers? Is the fierce rivalry between Union and AK club still existing? My first coherent memory of cricket, dates back to 1979, at the kinondoni grounds, when, with the sun setting, Union's great batsman Sikander was at bat. Sumar, having replaced Ilala on the boundary, caught Sikander's effort at yet another towering Six, thereby gaining victory for Dar Cricketers. It forever left an impression in this then nine year old boy's mind. Thank you all for the memories, and thank you for what you brought to the game of cricket, as players, management, commentators, fans, and cricket lovers. It will forever be cherished in the hearts and minds of all those you touched. The precious treasure of brotherhood and values will never be forgotten."