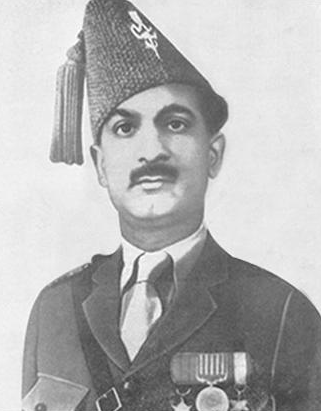 He was blessed with the poetic flair. He started his composition in the literary field, and soon afterwards, he also composed social and religious poems, appearing almost in all the periodicals of the community. He became famous not only in the literary circles, but also in the rest of the community. His poems were also recited in the majalis and other occasions. His philosophy was deep with eminent idealism. He was the life and soul of any gathering, literary or otherwise. No lyrical symposium was considered to be complete without his inevitable presence. His special and unique gift of reciting and repeating not only his own works but also that of his colleagues was so overwhelming.

His real social services however began with the existence of The Young Ismaili Vidhya Vinod Club in 1915. This club was the centre of the patrons of literature. The members of the club dived to fathom the vast ocean of religious literature and analyzed big social questions like affection and brotherhood towards mankind. He was appointed an Honorary Secretary of the V.V. Club in 1917 for three years.

The Viceroy Lord Irwin visited Bombay in 1930. The Government of Bombay sought the good offices of a dozen officers and volunteers who were loaned as C.I.D. officers in free service. Major Lakhpati was also joined and rendered valuable services between January 13, 1930 and January 19, 1930. K.J. Petigara, the Deputy Commissioner of Police, Special Branch, granted to each of them the certificate of appreciation on January 22, 1930.

In 1937, a society of the Ismaili poets, called 'Ismaili Kawi Mandal' was founded in Bombay, and Major A.J. Lakhpati was made its first President, which he remained a member to his last day. The society recognized him as the first Ismaili poet in India.

During the terrible blast in Bombay ship-yard in 1944, his services were urgently needed. He worked hard with other volunteers and rescued many people.

He composed some verses verbally in the hospital few days before his death, saying, 'If you find a little sign of grief on my face when I died, you beat me with shoes in hatred.'

He died on Sunday, April 13, 1947 at 8.20 a.m. in the hospital at the age of 63 years. His death caused widespread grief and mourned by the host of all classes and communities. When his bier passed through the streets, the people showered rice from the buildings in lamentation. A huge multitude of people participated with his bier, appearing like an elephantine procession and his bier moved ahead slowly as if a vessel sailed on the shoulders of the people.