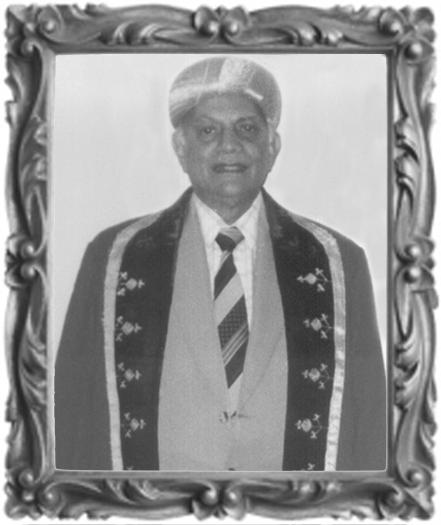 Dr. Abualy A. Aziz was a professional missionary and scholar.

He started his career at the age of 11 years. His life bridged a long span of 83 years, in which more than 10,000 lectures, speeches and deliveries are on record to his credit. Ever since the tape recorder appeared commercially at the beginning of 1950, his lectures and speeches have been preserved, which are in tune of about 3000 audio-cassettes, circulating around the world.

He was the President of the Muslim Association for Tanganyika for 3 years (1950-1953). When Tanganyika was liberated on December 9, 1961, the Prime Minister, Mr. Rashidi Kawawa invited the Muslim Ulema and scholars to assist the government in including the Muslim law to the new Constitution of Tanganyika. One of the invited scholars was Dr, Abualy in Dar-es-Salaam, also known as Shaykh Abualy A. Aziz.

Dr Abualy also taught Islamic education for two years (1962-63) in the course for Adults Programme under the University of Dar es Salaam.

He also used his poetic skills to lyrically express in Urdu his ardent love for the Murshid. He was gifted with a vivid intellect, with a conspicuous literary talent. Being a man of literary genius, he gained the opportunity to carry on his literary pursuits and became a frequent contributor to different periodicals. No less than a trenchant writer, he published 19 books and booklets.

He obtained his doctorate degree of Ph.D. on April 30, 2001 from the Senior University International, Wyoming, U.S.A. His thesis, Miracles and Gnosis, described the life and work of Pir Satgur Nur.