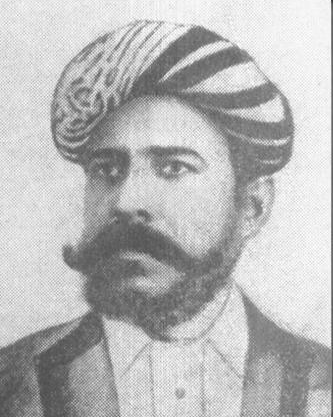 Ahmed Bhai was born in 1859 in Porbandar, Katiawad and came to Bombay at the age of 15 years looking for work.

He joined a furniture store and gained sufficient experience in that business to become one of the leading furniture merchants. His firm was known as M/S Ahmed Devji Bros.

He maintained the quality and standards of his furniture so well that he received large orders several times from the Indian rulers. The Amir of Afghanistan once ordered new furniture on February 1907, for the decoration of his newly built palace in Kabul.

He is remembered for his generosity and helping hand during the famine in Kutch in 1900-1. He clothed, fed and housed about 1500 Ismailis, who migrated from Kutch to Bombay. He also funded the burial of the deceased ones. In 1908, British India granted him the title of J.P.

He also built the Khoja Sanitarium at Porbandar. On that occasion, he took 1500 guests with him from Bombay to Porbandar at his own expenses to witness the opening ceremony of the sanitarium.

Ahmed Devji took a leading role in the first All-India Muslim Educational Conference. The Bombay government awarded him the title of Khan Bahadur and Kaisar-i Hind.

In 1918, a terrible famine broke out in Kathiawar. He contributed a colossal amount to the relief funds and also collected a donation of Rs. 1,25,000/- in Bombay.