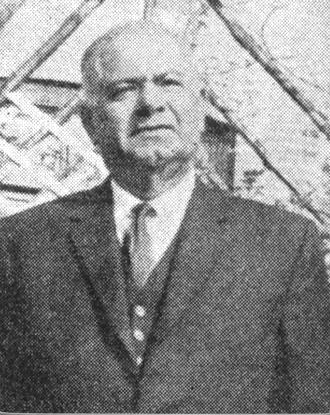 Piredina was born in Hyderabad, Sind. He migrated to Muscat with his family.

Ahmed Nizari was born in 1886 in Muscat and became known as Ahmed Nizari or Nizari Piredina.

Not much is known of his early life. It is however said that he could speak Arabic, Persian, English, Hindi, Gujarati, and Sindhi fluently. He is said to have visited Karachi in 1920, where the Imam emphasized upon the Ismailis to go to Baghdad and Basra to hunt business opportunities. It seems that he was well settled in Muscat, but had decided that Iraq would be ideal for his business career. He launched his business trip in 1932 for Iran and Iraq and finally settled in Basra. He worked on the docks as a stevedore, which was convenient when dealing with business in gold.

When Ahmed Nizari arrived in Basra, there were about 50 to 60 Ismailis. He had a watch and electronics store called "Tune & Time". He expanded his business and became so prominent in Iraq that the local inhabitants called him Abu Jaffer.

In 1950, he made a visit to Kuwait, and found it more favour for his business. He negotiated a partnership business with a firm, M/S Sabih al-Barak in Kuwait. Later on, he ventured into the business of diamonds and pearls. He prospered and conducted his business transactions all over the world. He also generated close contacts with all classes of people in and outside Kuwait. He helped many Ismailis in their business settlement in Kuwait.

Pride he had none: he was a simple and kind-hearted in whom were embodied almost all the qualities of a prudent gentleman. He was rich, and thus a generous donor for numerous causes. His generosity spread over London, Africa, Iraq, Pakistan, India and Kuwait. He thought of arranging separate premises for the Jamatkhana in Kuwait, which would attract new Ismaili families. He started the first Jamatkhana in Kuwait in 1952 when there were comparatively fewer Ismaili families.

In 1954, the Imam visited Basra before the Platinum Jubilee. Wazir Ahmed Nizari took 50 Ismailis from Kuwait and brought them to Basra at his own expense. It is also known that he brought about 200 Syrian Ismailis in Karachi during the Platinum Jubilee in 1954, hence paying out of his own pocket for their expenses.

When the Ismaili population grew in Kuwait, Ahmed Nizari was appointed as its first President with Alijah Abdul Malik Badruddin as its Honorary Secretary in 1955.

Indeed, he was a great philanthropist to the Kuwait jamat. In appreciation of his incredible services, he was bestowed the title of Wazir in 1954.

Hazar Imam flew to Kuwait for a visit on January 21, 1958 at 10.00 a.m. with his mother in the period of Sheikh Abdullah bin Salim al-Sabbah's reign (1950-1965). The Ismaili leaders, the jamats of Kuwait, Basra and Syria, the British Consul of Kuwait and Abdullah Jabir, the minister of education for Kuwait, etc. accorded a rousing welcome to the Imam at the airport. On that occasion, Wazir Ahmed Nizari covered the expenses of the whole programme.