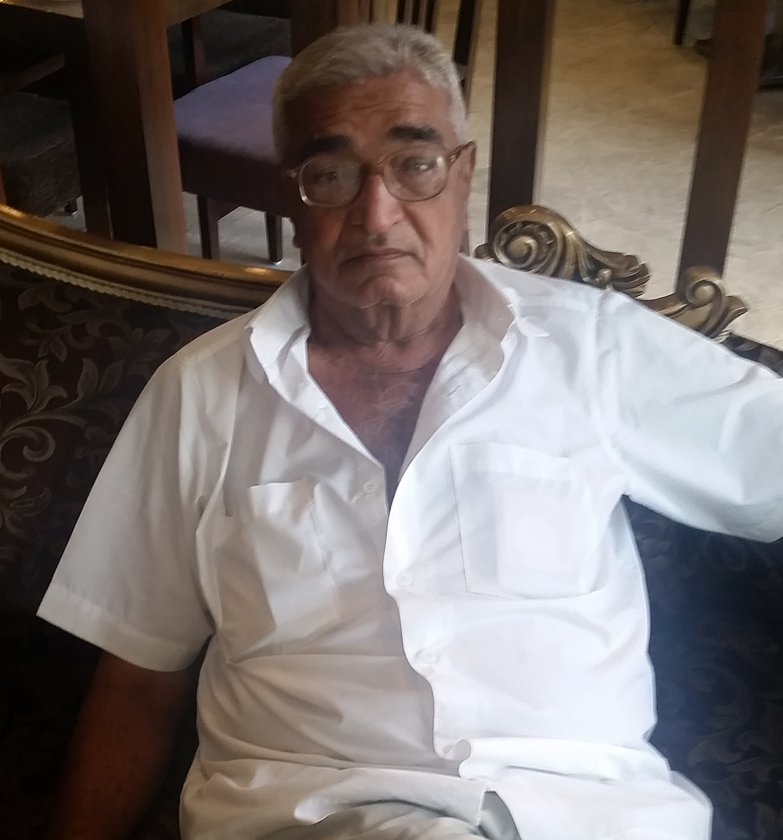 Akberali's father, Chagganbhai Makhani used to till rented land in Shishang, where Akber and his siblings worked as children.

After completing 4th chopri Gujarati, at age 10, Akber started packaging spices for sale in a local grocery store in Shishang. Later. his family moved to Kalawad, where they had a pariyana (groceries) store. As a young man, Akberali went into buying grain produce, using a rented bicycle to collect from the local farmers and selling it to buyers agents from Rajkot City.

At age 15 and a half, Akberali was married to his bhabi's sister, during a visit of Prince Aly Soloman Khan to Rajkot when he presided over a “Samu Lagan” communal marriages. By this time, half his family had moved from Kalawad to Rajkot

Akberbhai himself moved to Rajkot in 1979 and started buying grains and garlic, which were then shipped to South India. Gradually, he set up an agency with his brothers, buying grain produce in the Rajkot Green Market auction and shipping them to the South. Their reputation(abru) was such that they would get products on one week’s credit, which helped the business grow faster.

After 25 years, the business was expanded and Akber bhai started on his own agency. In 1998, he bought a truck for his business. But by 2012, his son wanted to go into another business and so Akberbhai retired from grains trading. He now maintains his godown properties.

In 1975, he was appointed President of the Rajkot Council and Akberbhai is particularly proud of the 17 “Samu Lagan” communal marriages ceremonies that he orchestrated, where hundred of couples were paired. the costs of weddings in India is expensive and usually ends up bankrupting the parents of the girls. Such “Samu Lagan” help families to save for their futures. Akber bhai was President till 1989.

Although he is now almost 75 years old, Akber Makhani still rides his two-wheeler daily in the busy Rajkot traffic.

He is well-known for his jolly demeanor and continues to help his jamaat.

In the last few years, he has assisted many Khojas from Canada who seek his help in finding their family roots in the Kathiawar hinterland.

His advice to future generation: "Truth and Honesty". He says that although hard work is a requirement for success, truth and honesty is more important as it defines ones humanity.