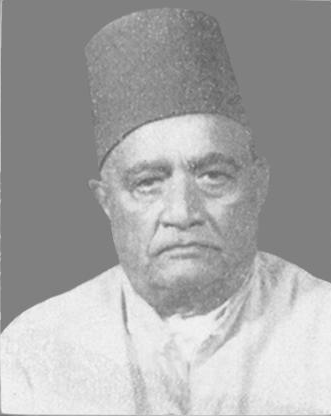 Ali Muhammad, the son of Jan Muhammad, also known as A.J. Chunara was born in Bhuj in 1881, where he acquired his formal education. In 1892, he came to Bombay and worked in a shop of hats. Learning the trade, he started his own shop, which became known as Karim Jamal Topiwala.

His first poem into Gujrati appeared in the 'Ismaili Sitaro' in September 1910. It was admired in the community, inspiring him to make further study. In 1910, he entered the arena of journalism and started a fortnightly paper, Khoja Mitr and then Khoja Hitvardak. These papers did not last for a long time.

In 1922,the first weekly Anglo-Gujrati paper, 'Ismaili' was published on Sunday, October 7, 1923 under his editorship.

In 1929, he participated in the All-India Muslim League Conference as a journalist in Delhi and took that opportunity to visit the Aligarh University.

Another instance of Chunara's inter-communal popularity was his election as a Treasurer of the Gujrati Writers' Association, which was formed by writers of all Muslim communities. He was also appointed an office-bearer of the Committee of the Muslim Gujrati Journalists' Association in Karachi.

He was honored with the title of Alijah in 1952.

Wazir Ali Muhammad Jan Muhammad Chunara was a versatile litterateur and journalist. He was frank, impartial, far-sighted, balanced, warm-hearted, thoughtful, dedicated to the service of the community. He possessed superior abilities and was well informed in literature. His memory being so tenacious that he had only to read once, in order to learn it by heart.