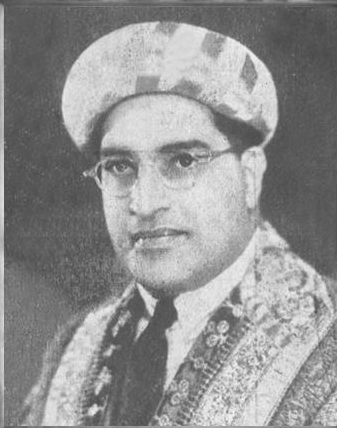 Ali Muhammad Jessa Bhaloo was born on July 21, 1917 in Zanzibar, where he got his early education. Later on, he proceeded to London for higher education. He also qualified as F.I.C. (Fellow of the Institute of Commerce) and F.R.Econ. S. (Fellow of the Royal Economic Society) in England. He formed his business soon after he terminated his education, which flourished financially. He was a leading dealer of radio spare parts and some electronic items. He was also the manufacturer's representative and insurance property, etc.

He was the Honorary Secretary of the Royal Overseas League, London, a member of Chamber of Commerce, Zanzibar and the Indian National Association of Zanzibar, and the President of the Muslim Welfare Association for Zanzibar.

He was also an influential person in Zanzibar. His family arranged a grand reception to honour H.H. Sultan Sayed Sir Abdullah bin Khalifa bin Harub to celebrate his 51st birthday on Saturday, February 11, 1961, at the Aga Khan High School, Zanzibar. The entire premises and the grounds were well decorated and illuminated. A large number of Zanzibar's elite community was invited, about 800 honorable guests. When the British President, Sir George Mooring arrived with his wife, they were warmly greeted by Wazir A.J. Bhaloo and his family members including Count Ghulam Hussain Ismail. A short while later, Varasiani Kulsoombai Bhaloo received the members of the royal family, including the princesses. Rai Hussain made a welcoming speech and congratulated the guests. Sheikh Sayed Umar Abdullah al-Alvi, the Principal of the Muslim Academy, on behalf of H.H. Sultan thanked the Bhaloo family and the Ismaili community.

He married Shireenbai, the daughter of Dr. A.J. Merchant of Bombay.

He had four sons and two daughters.