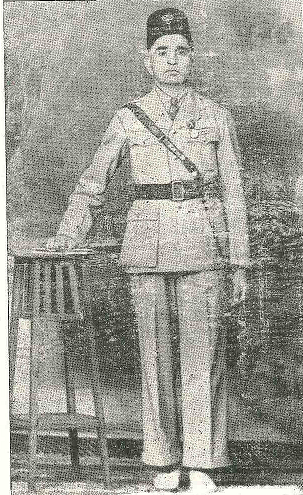 Amarsi Bhai was a poet, a teacher and a community sevak servant.

He came to Africa In 1920 and he started his new life with a job in Uganda.

In 1922, he came to the growing city of Dar es Salaam to join his elder brother,Ebrahim Manji Lakhani

After getting necessary business experience, he started his own retail shop and gradually made progress until he had 4 shops,3 of which were Dar es Salaam and 1 in the town of of Kimamba. Amersi Bhai imported bicycles, watches, radios, gramophones, fancy clothes etc.

He expressed his love in his poems and was respected for his counsel and advice to people.

Poet Lakhani served the community as soon as he arrived in Africa, eventually becoming a Captain in Volunteers Corps, which was the fruit of his long and continues service:

Convener in Private Health and Treatment Committee in Welfare;

Adapted from "Ismaili Roshni", printed in 1957 and freely translated by Zahara Hemnani of Jamnagar.