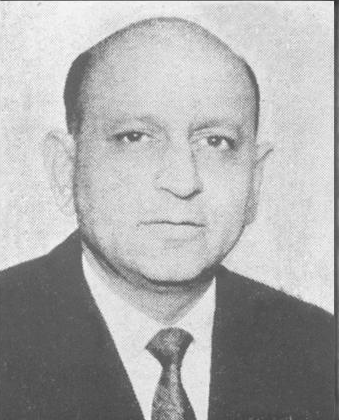 Alibhai Lalji is reported to have migrated from Junagadh, India to Mombasa, Kenya in 1880 to explore business opportunities. His son Hussain also came from India in 1912 and settled however in Mwanza. Later on, his son Hasan Ali and the rest of the family joined Hussain in 1920 in Mwanza. They jointly ran a general store, called Alibhai Lalji & Sons, and made steady progress. Hasan Ali liked modernity in dressing and eating. He was meticulously dressed and was easily distinguished in a crowd of Asians. Due to his modern tastes, he was nicknamed as Hasan Ali Fancy.

Amir Ali Fancy was one of the five sons of Hasan Ali Fancy. He was born on July 14, 1914, in Mombasa. He studied up to four classes and started his business career at the age of 12 years in 1926. Lots of Europeans came shopping at his store, enabling him to pick up English. His interest grew and he started learning English at the age of 20 years. Amir Ali Fancy married Anarbai Kassim on January 14, 1937.

He was fond of hunting in the jungles around Mwanza and the hills and vales of Sarangati were his favourite grounds. Several times he had miraculously escaped from the lions.

In 1946, he visited India with his brother-in-law, Meghani, where he found no business opportunities. He arrived in Karachi on July 1947. When the movement of the partition of India was at its climax, he found the Hindus in a frenzy to sell everything and leave for India. Having inspected the situation, he took a decision in nick of time to settle down in Karachi one month before the independence of Pakistan. He concluded a deal to buy an iron and steel re-rolling mill from a Hindu merchant and a godown full of iron and steel scrap at a throwaway price. He intimated his family in Africa to dispose of all interests and migrate soon to Pakistan. This decision marked the beginning of a vast business and an industrial empire he was to build in Pakistan over the later years. The early days in Karachi were trying times, but with hard work and determination, he prospered his business.

He became a business magnate very soon in Pakistan, played a pioneering role in the industrial development of Pakistan and made tremendous contributions to the socio-economic activities. In 1954, he was conferred the 'Order of Merit' (Officer of the Order of Merit of Republique Italy) from the Italian government in recognition of his valuable contribution in expansion of trade with Italy. In 1956, he was also a member of a trade delegation to East Africa.

Besides being associated with import and export houses, the Government of Pakistan had taken him up on the Advisory Panel on Investment, Ministry of Finance, etc. Outside Pakistan, he was a member of the Advisory Council of the International Industrial Conference and an Executive Committee Member of Pakistan Council, International Chamber of Commerce, etc.

He was also the first Chairman of Pak-Ismaili Multi-purpose Cooperative Society, Platinum Jubilee Finance Corporation, Industrial Promotion Service, Pak-Ismailia Publications Ltd. He was also one of the founders of the periodical, 'Ismaili Mirror' which he financed and provided his own office to use it with telephone and other facilities.

His family's benevolent fund came into existence in 1960 with a capital of Rs. 16,00,000/- known as the Fancy Foundation. He was its Chairman since its inception. This foundation provided scholarships to deserving students. It also donated a large library to the Staff College at Quetta.

The Ismailis of the Common Wealth presented an honour to Queen Elizabeth in Karachi in February 1961. He represented them along with industrialists.

In summary, he was the Chairman, the Managing Director and the Director of 36 to 40 companies before his death, including his own multi-million family concerns of business, industry and mining interests, and controlled a total workforce of almost 4000 employees. He was also the Director and an Advisor to a few government and non-government organizations.

As the President of the Federal Council, he hosted receptions and dinners for some important personalities of the world, such as Her Majesty the Queen Elizabeth II, Mr. John Foster Dulles, the Secretary of United States, Malaysian Prime Minister, Sheikh Zaki Yamani, Minister for oil and petroleum of Saudi Arabia, etc. On November 14, 1962, Field Marshall Muhammad Ayub Khan, the President of Pakistan performed an opening ceremony of the Pakistan Oil Refinery Ltd. at Korangi, about 10 miles off Karachi, and then attended the dinner programme at the residence of Varas Amir Ali Fancy with ministers and distinguished leaders.

The prestigious Standford Research Institute of the United States appointed him a member of the executive committee. The organization holds an annual seminar, when eminent business and industrialist magnates and economists of the world are invited to deliver talks on economic matters at global level. He had the singular honour to be invited from Pakistan. He was also invited to attend meetings of the International Monetary Fund at Washington.

He lived in Abu Dhabi since 1975, where he was appointed Special Advisor to Sheikh Faisal bin Sultan al-Karimi of Sharjah. He was confided to work out a plan for some important industrial projects in North Yemen.