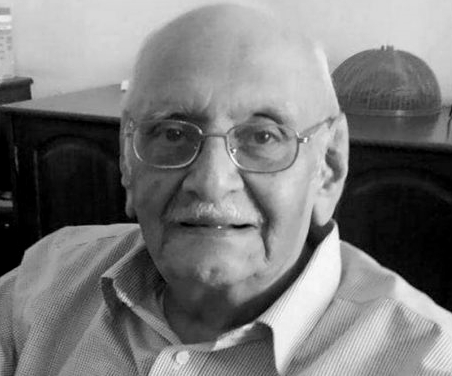 The entrepreneur died quietly on Wednesday evening in Fort portal, according to reports.

Karmali, born in the 1930s is the father to Alykhan Karmali, who is currently running the family business empire that spans real estate, banking, transport, and manufacturing.

The history of the Mukwano Group goes back five generations to 1904, when Alimohamed Karmali, the father of Amirali, landed on the East African coast. He made his way to Uganda and settled in Fort Portal in Western Uganda. It was his rapport with the local population that earned Alimohamed the nickname Mukwano, which means friendship in Kiganda.

He started a small business which, in the 1960s, gave birth to the transport business run by his son, Amirali Karmali.

Amirali later shifted his base to Kampala. He was one of the few Asians who stayed on in Uganda during Idi Amin Dada’s military regime. Nonetheless, the uncertainty during the time could not allow many businesses, including Mukwano, to achieve their potential.

It thrived on and up to date, Mukwano produces most of the household items used in Uganda, including personal care products such as the petroleum jelly and drinking water.

A statement on the legacy of the business says Mukwano Industries Uganda Limited began operations in the 1980s in Kampala with a single enterprise store dealing in general merchandise and produce.

All this was at the stewardship of Amirali. It reported that he handed over the day-to-today running of the empire to Alykhan in the mid-1990s. In 2011, together with renowned industrialists the later Dr. James Mulwana of Nice House of Plastics, Amirali Karmali was decorated with the ‘distinguished order of the Nile (class one) award’ for his distinct performance in production and enterprise development. Both men proved that in Uganda, one could start a business and it succeeds.

In the neighbouring markets, including Kenya, DRC, Sudan, and Rwanda, Amirali made sure Mukwano products traded as outstanding as possible, earning the country much needed foreign exchange.

While opening the Group’s Acacia Mall, one of the upmarket shopping centers in Kampala in 2014, President Yoweri Museveni challenged Ugandans to emulate Amirali and tap into the abundant wealth in the country.

Today, according to Group reports, they employ 7,000 people directly and indirectly within the various companies they own.

It has also severally been recognized among the top taxpayers in the country. The group’s revenues have been estimated to top up to $300m annually." Daily Monitor. Uganda