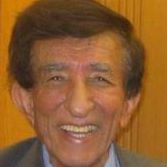 VANCOUVER – Well known South Asian activist Dr. Abdulaziz ” Aziz” Khaki passed away on Tuesday, May 22 in Vancouver, BC while celebrating his birthday with his wife Gul.

Khaki was born in Zanzibar in 1929 and raised in Dar-es-Salaam on the mainland in Africa. He was a proud Zanzibari whose heart blazed with love for Africa. His activism started in his early years, entrenched in his passion for social justice and human dignity: two concepts that shaped his personality, activism and vision.

Always an outspoken rebel, he joined and became active in the independence movement. In August 1962, he married Gulbanu Haji. Their son, El-Farouk, was born in October 1963. After Independence, Aziz immersed himself in working for the betterment of the Muslim and general populations of the country. As the Secretary General of the Tanzania Welfare Society, he was instrumental in creating a Muslim secondary school system that made education possible for thousands of Africans regardless of skin colour, religion or gender.

Aziz performed the Hajj in 1964 with a delegation from the Tanzania Muslim Welfare Society that also took him to Jerusalem. In 1970, Aziz, Gul and El-Farouk fled political repression in Tanzania and came to England.

And after 3 years in England, found themselves in Canada, drawn to it by its official policies of multiculturalism and bilingualism. In no time, Aziz was immersed in social justice work. First with the Pacific Interfaith Citizenship Association of BC, transforming it from a tea social to a genuine engagement of the diverse faith communities of BC. In 1982 he was asked to head up the Committee for Racial Justice, a human rights organization that was in the front for human rights and race relations in BC for many years.

Aziz was for many one of the first public faces of Islam in Vancouver and the country. Respected by all the diverse Muslim communities in BC, Aziz’ vision of Islam was broad and inclusive. His many roles includes adviser to the BCMA, Vice President of the Council of Muslim Communities of Canada, Vice President of Canadian Muslim Federation. He was also one of the founders of the IDRF (international Development & Relief Foundation) (idrf.ca).

Aziz was: co-chair of the Provincial Committee on Diversity and Policing; a member of the Commanding Officer’s Advisory Committee on Cultural Diversity – RCMP ‘E’ Division; and the Advisory Committee to the Federal President of the Treasury Board on Employment of Visible Minorities in the Public Service and Crown Corporation. In addition, Aziz sat on the National Defence Consultative Committee on Social Change; was recipient of the Federal Minister of Multiculturalism Award on Excellence in Race Relations and was recipient of the Governor General’s Award on 125th Anniversary of Canada. In 2000 Aziz was declared as one of the 25th influential spiritual leaders of the past 100 years in British Columbia.

Aziz’ health had been declining in the last few years. In 2009, he received an Honorary Doctor of Letters from St. Marks at UBC. Aziz performed the Umrah in April 2011 with his family including his wife Gul and sister Dolly but sadly did not get to see his beloved Zanzibar again in this life.

Aziz will be remembered for his outspokenness and uncompromising love of his Creator and Creation – human and non-human alike. May Allah absolve him, have mercy on him and welcome him to the gardens of Paradise.