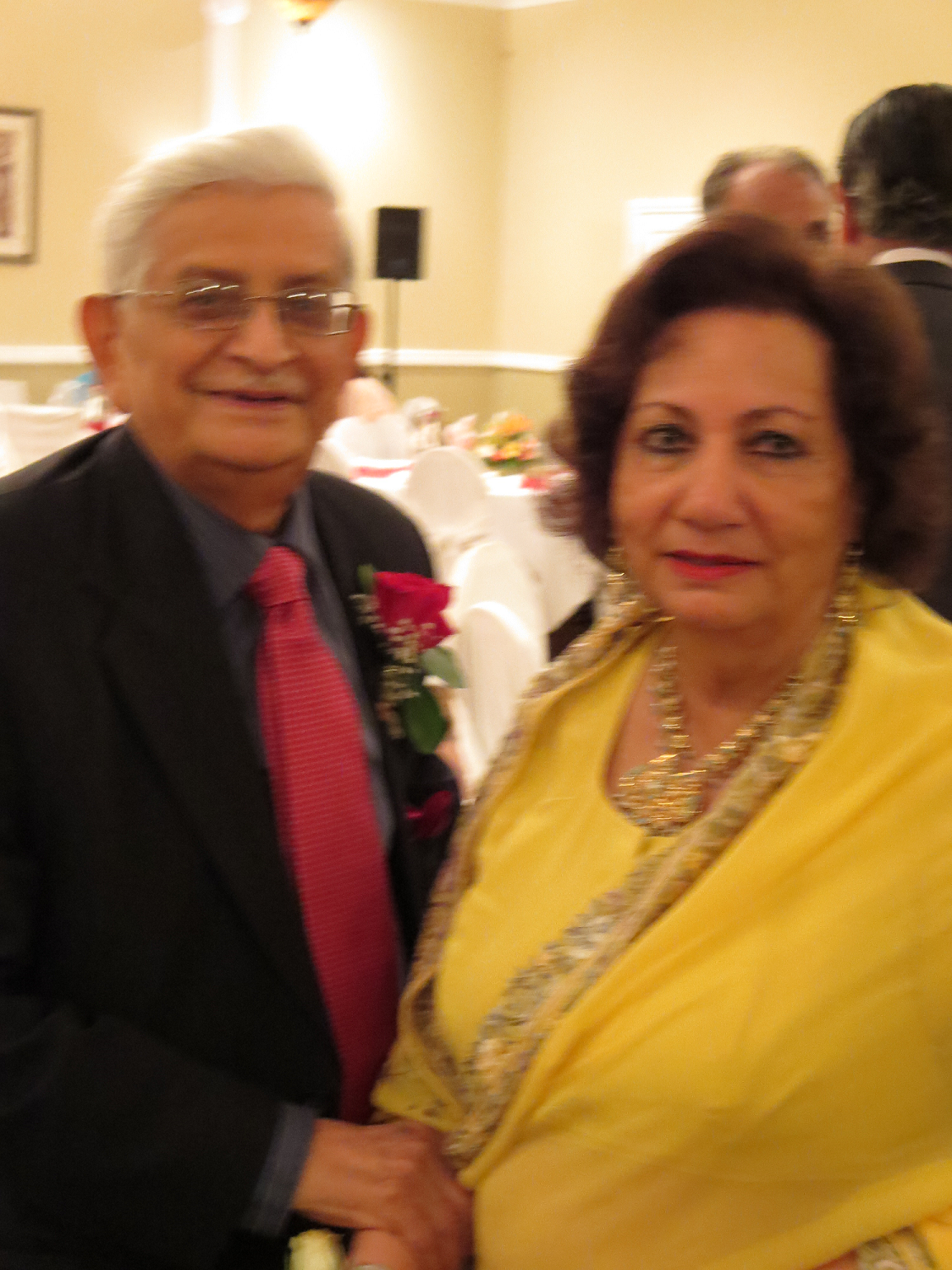 Badrudin Karmali Daya Sayany’s long life has intersected many times with the highways and byways of the Khoja transcontinental journey – a "caring" upbringing in colonial Uganda, "carefree" periods as a foreign student in India and England, a "blameless" victim in the Partition of the Subcontinent, a "premier" role in the industrial development of the new Pakistani state and finally, as a "grateful" retiree in the brave multi-ethnic world of Canada.

To truly capture the essence of his varied life, one needs to become familiar with the world of Khoja existence around the Indian Ocean littoral trading area, with its great opportunities and inevitable difficulties. (see the settlement and other personal stories on Khojawiki.org)

Bud Sayany as he was popularly known, was born in Kampala, Uganda, the son of a successful business immigrant from Kathiawar, India. His father who was self-taught placed great emphasis on the power of education for his three children. After their basic schooling, in a momentous decision, he relocated, with his wife, daughter and two sons, to the Panchgani Hill Station, in India, where Bud was enrolled in St Peter's Boys School and his sister, Serene in the Kimmin High School, both top private boarding schools.

For a couple of years, Bud remembers traveling between India and Africa, having idyllic holidays in Kampala with his aunts, etc. Whilst on one such visit, however, Japanese U-boats torpedoed the Indian passenger/cargo ship SS Tilawa and the Sayany children did not risk going back to India. So Bud ended up finishing the Senior Cambridge Exam at Agakhan High School, Mombasa passing in 1st class honours.

So strong was his father’s commitment to education that as soon as the War was over, in early 1945, the family relocated to Bombay, where Bud and his sister have enrolled in the prestigious St. Xavier College, Mumbai, while his father opened an import/export business.

But within three short years, before he could graduate, the upheavals of the Partition created civil chaos in Bombay. One night, there was “XX” crosses marked on their home in the Churchgate area and sensing danger to his children, his father forthwith made arrangements for Bud and his sister to continue their studies in the United Kingdom.

Both were enrolled to become Barristers at the prestigious Lincoln’s Inn while the rest of the family migrated to Karachi, part of the sad Hindu/Muslim exoduses in both directions.

But his father’s business did not do well in his adopted homeland and although Bud completed all the Bar courses and the Articles of Apprenticeship, in 1951, he was forced to leave for Pakistan to help to save his father’s ailing business. And so, Bud did not make the official "Call Ceremony" and was not licensed as a Barrister.

His father's business was importing plastic cylinders and selling them into Sindh, Baluchistan, and Rajasthan where they were made into ladies' bangles. Father and son also started exporting basmati (see Hussein Jaffer Bhimji, who did the same business at this time) joshi and kangni rice from Pakistan to East Africa and Mauritius etc. This business was quite lucrative and lasted till 1956 when a catastrophic loss of 10,000 tonnes of rice due to the fall in price resulted in business failure for the Sayanys.

But as an East African Khoja, Bud still had his connections and so made the voyage across the Indian Ocean once again, this time to Mombasa to take up a low-paying starter job as a typist. Very quickly, his entrepreneurial genes led him to a business venture which was a first for Mombasa - he persuaded the owners of Regal Cinema to rent him a concession to sell popcorn. He bought a used machine from UK and special corn from South Africa and, right from the first month, made a small fortune.

However, the lure of being a barrister from Lincoln’s Inn was powerful and in 1958, he re-took the Bar Exams and was finally called to English Bar (and by extension to the Kenya Bar) through an "Absentee Call" in Nairobi.

After practicing for only one year, he longed for his family and went back across the "pond" to open a legal practice in Karachi. He recalls that at the lower court level, it was “ a jungle” and pretty soon, he was "scooped up" to join a prominent local industrialist Amirali Fancy as his personal assistant. In this role, Bud was instrumental in creating the framework for the establishment of the Commerce Bank of Pakistan.

On 9th November 1963, Bud was married to Parvin, daughter of Khansaheb Dostmohamed Alladin of the prominent Khoja family of Hyderabad, India.

Bud was an executive of the Bank and after its nationalization and merger with the United Bank, as an in-house legal advisor, he represented the Bank at the High Court of Sindh. Bud was very proud of the fact that the proposals and drafts made by the Committee of the Pakistan Banking Council (of which he was a member) were adopted by the government as the new Banking Regulations for Pakistan during this time.

In 1988, Bud retired after twenty-five years of service and was promptly enticed to join BCCI Hongkong as a legal advisor for the Regional Office which comprised Japan, Korea, Philippines, Thailand, China, and Bangladesh and spent four years in this position until the BCCI folded up.

So in 1992, Badrudin Karmali Sayany, Barrister, Lincoln's Inn finally got to open his own private office, appearing mostly before the Special Banking Court and advising Banks on foreign exchange matters and recovery of loans.

In 1994, the looming violence in Karachi came close to him - he and his wife were the subjects of a brutal home invasion – five thugs with guns threatened their lives and took all valuables. At this point, Bud decided to migrate to Canada - it was a tough decision as he knew that he would probably never practice law again.

Bud Sayany lived in contented retirement in Toronto in close proximity to his two children who acknowledged his sacrifices through their love for him. He enjoyed the attention of his grandchildren as he recounted his remarkable life to them.

Like his father, Bud Sayany was committed to the best education for his children and sent both his son and daughter to the leading schools in Karachi and after "A" levels, to the United States for professional education. His son, Zuhair Sayany went to Cornell University and then transferred to the University of Pennsylvania to complete a degree in Dentistry. Thereafter, he went for specializing in Pediatric Dentistry at the Pittsburgh Children's Hospital and now practices and lives in New Jersey with his wife Asma, who is an Occupational Therapist.

His daughter, Ayesha Shafi went to Mount Holyoke College and after graduation went to John Hopkins University and got her Masters in Health Sciences degree. She lives in Southlake (Dallas) Texas and runs a multilingual AM/FM/Internet International radio station,Radio Azad. She is married to Dr. Shahid Shafi, a Trauma and General Surgeon who is also a City Councillor of the City of Southlake.

We are sad to record that Barrister Badrudin (Bud) Sayany passed away peacefully in Sept 2017.