Ben Kingsley was born as Krishna Pandit Bhanji to an Ismail Khoja father, Rahimtulla Harji Bhanji, a medical doctor and of the Harji Bhanji family from Zanzibar. His mother was English, Anna Lyna Mary, who was an actress and a fashion model and who appeared in films in the 1920s and 1930s. Kingsley began acting as a teenager. He changed his name to ‘Ben Kingsley’ soon after gaining fame as a stage actor, fearing that a foreign name could hamper his acting career. He chose Ben as a tribute to his father, who had been called Ben in college.

Kingsley worked fairly consistently in television since 1966, joined the Royal Shakespeare Company a year later and made a name for him on stage. He had only one film, ‘Fear is the Key’ to his credit when he landed the leading role in Richard Attenborough's "Gandhi" released in 1982. This universally acclaimed role was to rocket his career path to greatness as he won the Oscar for the beast actor.

Like Mahatma Gandhi, Ben returned to his roots in India to act in this epic film. He put in a lot of effort to prepare for his role by watching documentaries of Gandhi, losing weight, shaving his head, sleeping on a mat on the floor of his five-star hotel room, learning how to sit on the floor, how to work on the spinning wheel, among other preparations. He actually lived the part by giving up alcohol and meat during this time. It was so thorough that when he dressed up as Gandhi and went to visit a village location for a shooting stint, a crowd gathered and mistook him for the real Gandhi and actually touched his feet! He was overwhelmed.

All this came gradually and after hard work. He spent three months learning how to work the spinning wheel as he struggled with threads that kept entangling. He hired a yoga teacher to learn how to sit on the floor like Gandhi. Once he was having a beer in the bar of Delhi’s Ashoka Hotel where he was staying and someone objected how Gandhi could drink. So he stopped drinking alcohol until the film was over.

Recently, Hollywood compiled a list of 50 Greatest Actor Alive and Sir Ben, aged 70, is listed at number 41. His citation says it all, “Sir Ben Kingsley is an inspiration to aspiring actors: aside from being a class act, a thorough professional and skilled thespian with a collection of memorable and powerful performances, he's also a shining example of how Hollywood stardom can be late coming. Kingsley was 38 when he appeared in "Gandhi" (1982), his breakthrough role and only his second feature film credit following several years of strictly television and stage work.”

In playing his breakthrough role of Gandhi, what perhaps helped him was his Asian-African roots. 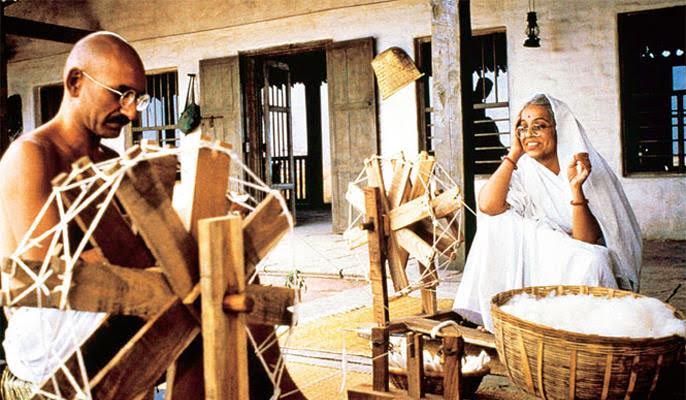 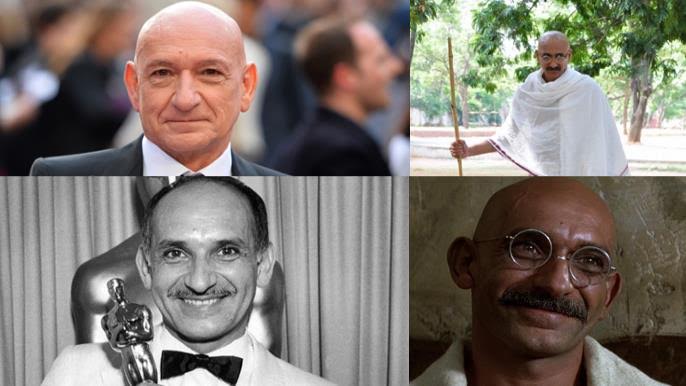