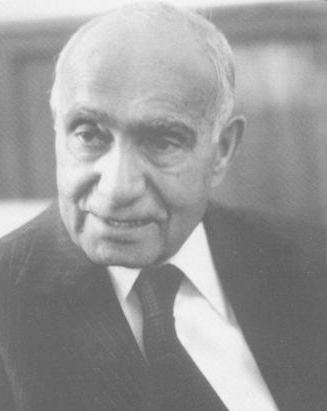 Eboo Pirbhai was born at Bombay on May 27, 1905. His father, Pirbhai Gangji

He came in Nairobi in 1910 with his family, where he took his early education at the Duke of Gloucester School but left school without much formal education.

Working hard, he built up a fleet of vehicles and diversified into servicing the needs of the growing East African tourist safari industry.

He married to Kulsoom, the daughter of Karamali Nathoo. She was educated at Seaforth College and Cambridge, and Cheltenhem Ladies College in England.

Eboo Pirbhai rose in prominence, first in Municipal affairs of Nairobi on whose City Council he sat from 1938 to 1943 as a President, and then in national politics as a member of Kenya's Legislative Council from 1948 to 1960. He was also a member of the Commonwealth Parliamentary Association. These were the formative years of Kenya's freedom movement, culminating in the Lancaster House Conference, which eventually led to the country's independence under Jomo Kenyatta, whose close friend Sir Eboo cherished with affection.

He was also a close friend of Daniel Arap Moi, the 2nd President of Kenya.

In recognition of his national services to the British colonialists, King George VI awarded him the OBE (Order of British Empire) in 1946 and in 1952 Queen Elizabeth II honored him with a Knighthood and the Coronation Medal.

He also served as the President of the Central Muslim Association of Kenya from 1938 to 1958. In recognition of his services to the Muslim community, he was awarded the title of Brilliant Star of Zanzibar in 1956, and The Commander of the Green Crescent Cross of the Comores in 1966.

After serious illness during the latter part of his life, Eboo Pirbhai died in London on Thursday, January 4, 1990 at the age of 85 years.