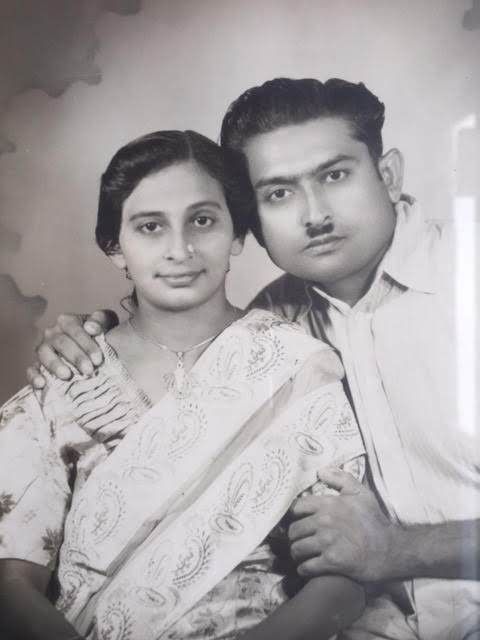 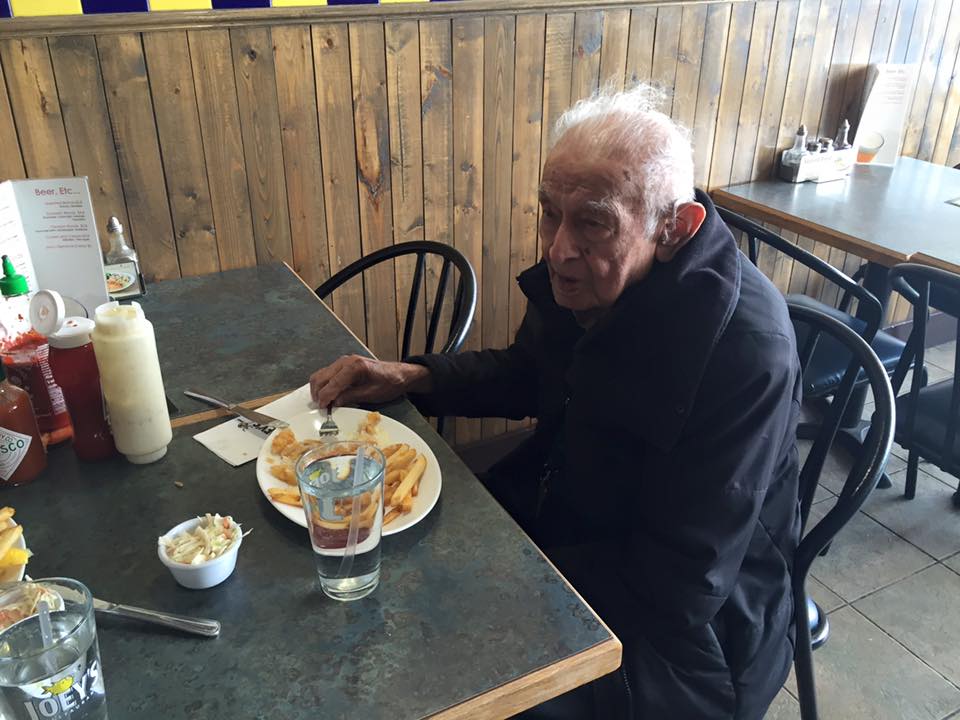 At age 95, FakirMohamed Gaidher (or "Gaidher Bapa" as he was known in his nursing home and at the Calgary Franklin Jamatkhana (community center) still had a wonderful presence, lighting up the room with his big smile and a joke for everyone of his nurses, his numerous visitors and of course, his doting family, who lived close.

A traveller of many continents, FakirMohamed had much to be contented about in his life.

His father, Mohamedhussein was a builder (a “Gaidher” in Kutchi) in town of Baradia, Kutch where he is remembered with a plaque as the one who rebuilt the Government Hospital after an earth quake. Mohamed Hussein also owned farms and lands.

When his 1st wife died after giving birth to two children, he remarried FakirMohamed’s mother.

When Mohamedhussein passed away, the family vari farm in Kera, which was quite sizable, went to his sister whose family still lives there.

By this time, some of Mohamedhussein’s elder children were settled in Africa and his widow decided to came to Zanzibar with her children to join them.

Fakirmohamed worked for one of his brother for some time in Zanzibar, learning commerce and the Swahili language. His one sister remained in Zanzibar whilst the another moved to the mainland.

Soon enough, he found an opportunity for himself to start his own shop at the village of Mwaya on the shores of Lake Malawi, well into the interior of Tanzania (on the Kyela - Mbeya road) where he became the first Khoja Ismaili “dukawalla”. As was normal in those days, the merchandise for the shop was loaned to him by the wholesale firm of Sadru Jiwa Mawani of Mbeya.

The village was one hour by bicycle from Kyela, where he had to go to get mail. His duka which was a general rations store and had a home behind it were built of mud walls and thatched roof,which was often exposed to the elements. Although all his customers were Africans, he was never scared about his well-being among the “natives” as the British called them.

At age 22, (in 1941), he felt successful enough to go to Kutch to get married. It was an arranged marriage and his wife was from Mundra, Kutch.

They had four children, all of whom were delivered by a midwife called Eserina. One daughter died in childbirth. There was no Jamatkhana nor school - the nearest hospital was in Kyela. Fakirmohamed’s mother lived with them in Kyela and helped raise the children.

Later, when the rising waters of the Lake Malawi reached their shop,they went to Ipinda which was one hour inland where the family lived for the next 5 years. Ipinda had six Khoja Ismaili families there and Fakirmohamed went on build a big house for his family in 1952.

In 1959, he took his two sons to India and showed them Mundra, Kutch and also to Karachi and Bombay. They stayed at a dharamshala community hostel in Dongri, where there were many bed bugs!

And in 1963, Fakirmohamed was prosperous enough to buy a new car.

After the property nationalizations in 1971 and the loss of business as a result, he came to Dar es Salaam. There, he and his wife did a small business of making pendas sweet meats for sale.

Fakir Mohamed came to Canada in 1995 and become one of the most popular persons in Calgary Ismaili jamaat.