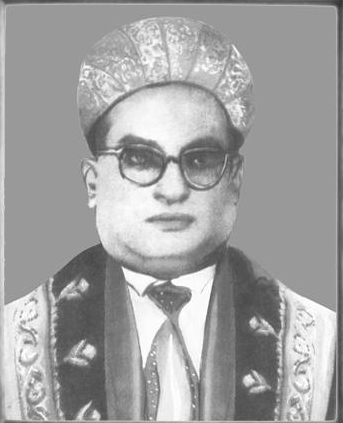 Devji, the son of Lalji was a native of Junagadh, India. He was an eminent wool merchant, having immense devotion in social services. According to the available information, Devji is said to have joined the Ismaili caravan in Bhuj, Kutchh headed by a certain Dharamsi Punjuani which was bound for Iran for the didar of Imam Shah Khalilullah (1792-1817) in Yazd at the beginning of 1817. They started from the port of Mandavi, Kutchh and boarded for Muscat and landed at Port Abbas, and reached Yazd on camels. Yazd is situated between Isfahan and Kirman on the route leading to Baluchistan.

Thus, Devji became known as Devji Dharas. W It is worthwhile to note that the title dharas continued in the family of Devji till now, which is a unique example in the Ismaili world.

It is related that Devji Dharas had been in Bhuj, Kutchh on his business trip in 1819. On June 16, 1819, an earthquake of uncommon severity for more than two minutes, rocked the whole western India, the force of which most violently affected Kutchh. In Bhuj, nearly 7000 houses were shattered and 1150 people buried alive in the ruins within minutes. Devji Dharas fortunately survived but lost his merchandise loaded on camels. He did not run away from the affected field. He and his four servants rescued the lives of many Ismailis and non-Ismailis and provided them relief aids what were available to them. Indeed, it was zeal to serve mankind, a natural gift whose legacy continued in his family.

The son of Devji Dharas was Ali, and whose son Mohammad followed footsteps of his forefather, and left behind two sons, Hasham and Ghulam Hussain and a daughter, Jetbai.

Mention must be made of Jenabai, the wife of Wazir Ghulam Hussain Dharas. She was the daughter of Hasham Lakha Dossani Junagadhwala, and was born on December 13, 1906. Wazir Ghulam Hussain Dharas married her in 1920, and brought her in Africa. In 1925, she also moved to Pemba with her husband, where her first child, called Kulsoom was born in 1926.