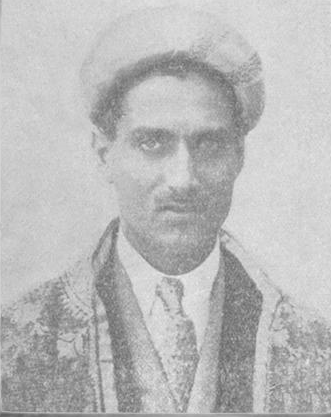 Naser was from Jamnagar, Kathiawad and he came from a noble family. He migrated towards Zanzibar in 1851 to find a better life for his family. He had only a son, called Mohammad, who was born in Zanzibar in 1864. Mohammad Nasser served the jamat devotedly in different fields. He was also noted for his generosity. When the first Ismaili Council established in 1905 at Nairobi with Varas Mohammad Rehmatullah Hemani as its President, Mohammad Nasser was also appointed as one of its founder members (1905-1914).

Imam Sultan Muhammed Shah also invested him the title of Wazir on August 6, 1914 and said, 'You are Varas means Wazir from today. When the African jamat was small, there were three Wazirs, but now it is a big jamat. I have sent thousand of people during ten years in the villages of Kampala, Uganda, Majunga, etc. Thus, there must be at least four Wazirs in Africa. Wazir Mohammad Rehmatullah and Varas Alidina Visram are (Wazirs) at present, and I also vest in Mohammad Naser the office of Wazir.' The Imam also presented him the robe, ring and a pin with best blessings.

When the Khoja Panjibhai Club came into existence in Zanzibar, Lyoid William Mathew, the British Counsel General inaugurated its room on September 9, 1899. Initially, there were about a hundred members, each paying the membership fee of Rs. 4/- per year. When its members took no interest, the Imam ordered to exempt its fees, and himself started an annual grant of Rs. 3500/- for its upkeep. On that juncture, Mohamed Naser worked hard in the progress of the Khoja Panjibhai Club. He introduced many recreation activities and gave a new life to the Club. On March 21, 1926, Imam Sultan Muhammad Shah said to Ghulam Hussain, the son of Mohamed Naser in a mehmani that, 'Earlier, your father, Mohamed Naser organized the Panjibhai Club in an order in 1899, rather he gave new life to the dormant members. He also helped too much in past, and served the community financially. You too serve with full heart like your father.'

Wazir Mohammad Naser died at the age of 60 years on September 29, 1924. His son, Ghulam Hussain maintained the tradition of the illustrious services of his father.

Ghulam Hussain Wazir Mohammad Naser Jindani was born in Zanzibar on August 8, 1891. He took his education in Zanzibar and became one of the business magnates, and owned many valuable estates.

Wazir Rahim Basaria (1885-1927) died on February 15, 1927 in Bombay. The Supreme Council held an urgent meeting in Zanzibar to pay him a well-deserved tribute. It was also resolved to close the businesses on February 16, 1927. The Council and jamat performed the religious ceremony for late Wazir Rahim Basaria at the residence of Wazir Ghulam Hussain Mohammad Jindani, where Missionary Alidina Mukhi Mamu delivered waez.

In 1934, one African delegation visited London to discuss with the Imam to promote education system in the villages of East Africa. The delegation comprised of Ghulam Hussain Jindani (Zanzibar), Alijah Kassim Sunderji (Dar-es-Salaam) and Mukhi Rajab Ali Kassim Suleman Virji (Mombasa). Soon after the meeting, he and his wife took an opportunity of visiting Cairo and returned to Zanzibar on October 8, 1934.

On that occasion, Imam Sultan Muhammed vested an hereditary title of Count to Ghulam Hussain Jindani and Abdullah Sharif Kanji. The Imam also resented him a Gold Medal of Chevron Bar. This was the first occasion where the conferment of the title of Count was introduced specifically in East Africa. This had never been done anywhere in the Ismaili world.

Ghulam Hussain Jindani was also appointed the Chairman of the Aga Khan's Executive Council for Africa (1937-1946). He and his wife, Fatimabai were also appointed the ex-officios of the Ismailia Supreme Council for Africa. The Imam enjoined upon him the authority to ordain the rules of the Ismaili Councils for Africa. He shaped the Constitution and published it for the first time in 1937.

Pir Sabzali (1884-1938) had started his third and last visit of Africa on January 5, 1937 as a Special Commissioner of the Imam, where he stayed for 23 months. On February 10, 1938, a son was born in the Jindani family. Pir Sabzali received a letter from the Imam, who told him to see Count Ghulam Hussain Jindani in Zanzibar on his behalf and congratulate for the birth of a son. The Imam also told Pir Sabzali to present him two rupees with loving kisses and named the son. When Pir Sabzali came to Zanzibar during the course of his tour, he met the Count and Countess and presented congratulations to them on behalf of the Imam and named the son as Mahomed. He was the second son, the first was Abdul Mahomed, who died at the age of 10 years on June 2, 1924. A daughter was also born on April 24, 1927. The husband and wife were longing reverently for a son till the birth of Mahomed.

Count Ghulam Hussain Jindani was generous donor for several causes. In 1949, the Imam said to him, 'Would it not be nice if I had a Jamatkhana in Paris?' On that juncture, he humbly presented five thousand British pounds for the construction of the Jamatkhana at 36, Rue de Prony, Paris.

Countess Fatimabai was also devoted in her community services. She died in June, 1989. The Imam sent following message from London to her son, Mahomed on July 21, 1989: