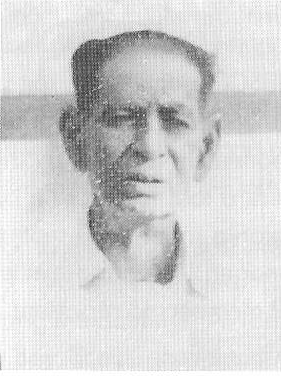 Hassanali Nanji Giga came from Bombay to Zanzibar when he was 16 years old, in around 1913, with his mother, Janbai. She had green dot tattoos on her hands, as many women from Jamnagar did at that time.

She was a very strong woman, and she was the business force behind her son. Her husband expired when her son was young, so she raised him on her own. As a woman, she could not start a business in Jamnagar. So when he was old enough, she decided that they should move to Zanzibar where she set up him up as a horse trader and basically ran the business herself, behind the scenes. They brought horses from Bombay and sold them in Zanzibar. Even as an older woman, she personally supervised the building of a house at Mtendeni.

"My mother was born in Madagascar in 1904. She married my father when she was 14 and had 14 children, I am the seventh child. Five of my siblings were born in Zanzibar and I was born in Dar. My father moved from Zanzibar to Dar es Salaam to work at a German company called Usagara. It was a huge trading company with many subsidiaries around the country. I was approximately 10 years old when the Usagara company was closed and sold as enemy property. My father then became a transporter and would transfer sisal rope from the estates in Mwanarumago to Dar by lorry.

Father would hang the sisal strands from a door, make it into a bundle, package it, and take it to Wigglesworth (import and export house) for pressing into bales. The bales were then sent for export. He would also bring makande raffia from Kigamboni and send it to Zanzibar. There, they would weave the raffia into baskets and fill them with cloves for export. He also transported small chillies, lime for whitewash, and charcoal.

Father had a dhow called the "Giga" which would transport all these commodities to Zanzibar. At the spot of the Avalon Cinema there used to be an open air paan sopari (betel nut savoury) shop. My father used to sit there and wait for his dhow to come into the harbour. As soon as he saw the dhow, he would call out to his son and they would go down to the wharf to meet the dhow. He had very sharp eyes.