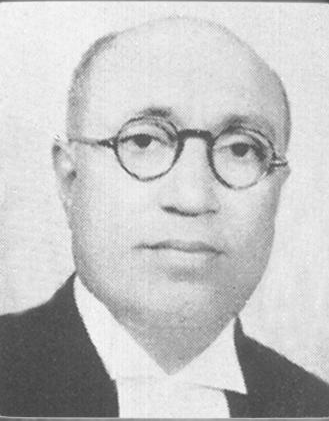 Ibrahim bhai father was Suleman, known as Dr. S.G. Haji (d. 1924). He had four sons from his first wife, - Col. H.S. Haji, Dr. C.S. Haji, Wazir I.S. Haji and Dawood. The second wife of Dr. S.G. Haji was Shireen, the daughter of Walji Punja and the cousin of Quaid-e-Azam Muhammad Ali Jinnah, and she was the mother of Akbar, Asghar, Saleem, Khatija, Zainab, Fatima, Sher Banu, Dawlat and Mariam.

Soon after graduation in 1914, Ibrahim Bhai went to England for higher studies and was called to the Bar (Grays Inn) in 1917. He passed B.Sc. (Economics) in 1918 from the London University and was the first Muslim to achieve this distinction.

On his return to Bombay, he started his practice as a Barrister and was soon elected as a member of the Bombay Municipal Corporation.

Before his appointment as a Presidency Magistrate in 1934, he was a joint Hon. Secretary of the Bombay Presidency Muslim League with Muhammad Ali Jinnah (who was a cousin of his mother) as a President.

Both at the Bar and also on the Bench, Ibrahim Suleman Haji had several famous cases to deal with. He had shown considerable forensic acumen and judicial ability in his legal career.