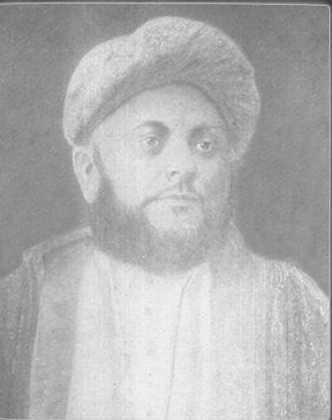 The Revered Noble Personality of Africa, known as Kamadia Ismail Kassimani was born in Zanzibar in 1853. He was a talented and active since childhood, and he soon became a leading merchant. In 1883, he came to Bombay on a business trip.

In 1901, a terrible famine broke out in Kutch and Kathiawar, forcing many Ismailis to migrate towards Bombay. To stem the tide of this dreadful scourge, he clothed and housed the stricken people with his means and resources. The British India honoured him the title of J.P. to appreciate his invaluable services.

With the help of few interested individuals, Kamadia Ismail Kassimani founded 'His Highness the Aga Khan Anglo Vernacular School' in the hall of the Jamatkhana in Khadak, Bombay. It was opened on August 26, 1901, providing the education on the pattern of the Kinder Garden. He was its President and the Vice-Patron.