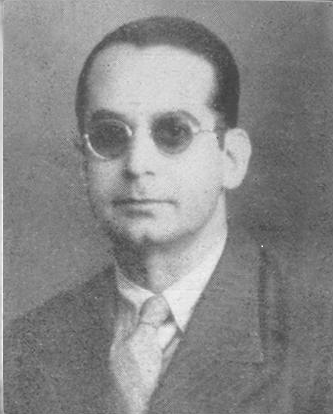 In 1852, Haji Paroo and Jaffer Paroo, two brothers emigrated from Bhuj, Kutch and settled in Zanzibar. The son of Jaffer Paroo was Hasham Paroo, whose son was Rajab Ali. The son of Rajab Ali was Count Kassim Ali R. Paroo. Count Kassim Ali Paroo was born on October 31, 1906 in Bagomoyo, Tanganyika. His whole family migrated to Mombasa, Kenya in 1913. He joined Government School in Mombasa (1911-1916). There weren't any facilities for higher education in Mombasa till November, 1918, therefore, he joined Gharashia College (1917-1920). He also was admitted in Torfield School, Eastborn, England (1920-1922), and in Gondoal, Kathiawar in India, and finally in Saint Paul School (1922-1924).

His father, Rajab Ali worked several years as a General Manager in the firm of Alidina Visram. Later on, he established his own business in 1922. Upon completion of his education, Count Paroo returned to Mombasa and joined his father's business in 1924. Besides being associated as the Director with his own business concerns namely R.H. Paroo & Sons Ltd. and Jubilee Hardware Ltd., he also became the Managing Director of Diamond Jubilee Investment Trust Ltd., and the Jubilee Insurance Co. Ltd. He also managed a Company in 1962 under the name of Coastal Bottlers Ltd. and acquired the franchise of Coca-Cola products for the Coastal Region in Kenya.

He also served Kenya Government on various responsible posts between 1942 and 1945. At one time he held as many as 25 important posts in the various Government departments and committees. Kassim Ali Paroo was also the member of East African Production & Supply Council. He was Copra and Coconut Oil Controller and one of the delegates of East African Governments Trade Delegation to India in 1944. He was also one of the members of Daudi Bohra Education Society.

Count Kassim Ali Paroo married in 1929 and when his wife expired in 1944, his second marriage took place in 1947. He had five daughters and one son. His second wife died in 1997.

"From before the war until his retirement in 1956, Patel was the leader of a conservative faction, sometimes referred to as the moderates, which included AnantJ. Pandya, Dr. Mohamed All Rana and Kassamall Rajabali Paroo of Mombasa, and Shivabhal Gordhanbhai Amin, Chunilal B. Madan, Devi Dass Puri, Sir Eboo Pirbhai and N.S. Mangat in Nairobi."

Count Paroo wrote an excellent and probably the only appeal we know of, for a khojawiki-type initiative within our community, as early as January 1990!

HereUnder, as a tribute to this foresighted leader, we reproduce this important document in full:

The only authenticated record of our Ismaili settlement in East Africa, I find in a report prepared by PROFESSOR WALTER BROWN, who was assigned a task of research in "pre-colonial history of Bagamoyo" by a University of Michigan. He stayed some months in Bagamoyo and Zanzibar, digging in old German and Zanzibar records. He writes:- "Through the second half of the 19th Century, Bagamoyo's largest Indian Community was the Ismailis or as they were popularly known as Khojas". "During the first three decades of the 19th Century, Ismailis gradually immigrated from India to Zanzibar. By the commencement of the fourth decade, there were 165 Ismaili families Including 26 married women in Zanzibar. In 1866, there were 2558 Ismailis residing at the following towns:-

KIRK in his report on Bagamoyo in 1874 notes:- "Yet all indications point to a most dramatic and economically important increase in the number of Khojas from the mid-1870's and throughout the 1880's - when they gradually eased the Hindus from their position of Bagamoyo's primary merchants. There were basic differences in their trading patterns. The Hindus were known as Wholesalers, while the Khojas as Retailers. During the mid-1870's, however, at.least half a dozen wealthy wholesale merchants were Khojas. Certainly, the fact that they were the principal merchants and shop-keepers in Zanzibar, had direct consequence for Bagamoyo".

During these decades, the Khojas outnumbered the Hindus, two or three to one; but the weight of numbers does not alone explain the formers' rise to prominence. The increasing number of competent Khojas wholesale merchants operating in Zanzibar, provided the newly arrived Khoja immigrants with important and helpful business connections. These Khojas did not have to deal with the Hindus retailers. They could rely on their co-religionists. It should also be re-emphasized that the Hindus did not bring their families from India until the German period. The Khojas, on the other hand, frequently emigrated from India with their wives and children".

PROF BROWN further writes:- "The Indians generally did not entrust any of their financial dealing to African employees. But the Khojas had a trusted, devoted, non-salaried, employee -his wife. Thus, while he operated the wholesale place of business, his wife remained in the shop handling retail trade. A Khoja female was wife, mother and business associate".

It is likely that some of the Zanzibari Khojas came to Bagamoyo before 1840, writes JOHN GRAY in his book called "Trading Expedition (1857). One of the first was SOMJI KHAKHWANI (connected with Amir Somji) who landed in Bagamoyo in 1848. His family was known as Kassamali Ismail &. Co.

"During the late 1850's, the HANSRAJ brothers, Kanji & Janmohamed (connected with John Kanji), settled in Bagamoyo. They helped to build the town's Jamatkhana and both in turn were appointed Mukhi".

"But for two most renowned Khojas, Prof.Brown continues, who lived in the 19th Century in Bagamoyo were, SEWA HAJI PAROO and ALLIDINA VISRAM. The latter expanded to Kenya & Uganda.

This is a brief history of very early pioneering Ismailis. It is said that, THARYA TOPAN in Zanzibar, SEWA HAJI PAROO in Bagamoyo and ALLIDINA VISRAM in Kenya - Uganda earned title of the "UNCROWNED KINGS" in their respective territories.

One other writer says:- "Arabs and/or Persian Shias may have settled on the East African Coast, in the 9th Century, but if they did so, they left no definite mark. Indian Khoja Ismailis came after and have had a tremendous and very visible impact. Ismailis had begun settling in Zanzibar perhaps as early as the 16th Century but by the 19th century they had certainly become the largest and most powerful of the Indian communities in the SULTAN'S realm".

"It was via Zanzibar that the first(known) Ismaili arrived in Kenya. This was WALJEE HIRJEE, who landed in Mombasa,1867 .

In 1871, another pioneer, LAKHA (connected with Akber Kassim-Lakha) arrived from India to settle in Lamu. The third prominent pioneer was SULEMAN VIRJI, who was appointed the first Mukhi of Kuze Jamat-khana of Mombasa in 1888" .

"Much of the impetus for economic expansion continued to come from Zanzibar where there was the Ismaili as THARYA TOPAN. Then there was SEWA HAJI PAROO in Bagamoyo".

The renowned ALLIDINA VISRAM bought the business of SEWA HAJI PAROO when the latter died in 1897 and expanded his activities in Mombasa & Uganda from 1898/1899. He started simultaneously with laying railway to upcountry.

It is quite true to say that many of our present prominent Ismailis in Kenya & Uganda, started their root in employment of ALLIDINA VISRAM".

Transport between India and Zanzibar was mainly by Dhows, until, I believe, late 1890's. These were long and hazardous voyages.

So far I have dealt with early pioneering period, which I would call the "GOLDEN ERA", until the downfall of ALLIDINA VISRAM in 1922/1923, as a result of depression followed the first World War.

In my opinion, the period between the years 1923 to 1937 was at its ebb for the Ismailis economic conditions in whole of East Africa. This can be judged by the fact that in 1937, the Community had great deal of difficulty in collecting £25,000 to celebrate the Golden Jubilee of our 48th Imam and even greater difficulty to get paid up capital of £25,000 to start the Jubilee Insurance Company.

The third period in our Community's economic condition began after the end of the Second World War, in 1945. In 1946, we celebrated the Diamond Jubilee of the same Imam when £350,000 were collected for this purpose and £1 million required to establish the Diamond Jubilee Investment Trust Limited was oversubscribed■ Thereafter, the history is current.

Speaking at the inauguration of the Diamond Jubilee Investment Trust in 1945, Imam Sultan Mahmomed said:-

"It is the future of Ismailis. One million pounds of Capital plus £350,000 of the Diamond Jubilee Fund. How many such companies are thereat present in East Africa? It is to be a matter of great importance to Ismailis in East Africa and INDIRECTLY TO THE WHOLE WORLD".

We already know the results of above remarks. Since 1945, many Ismailis have become property owners and the majority are home owners.

Subsequent to the Jubilee Insurance and the Diamond Trust, other two sister companies like I.P.S. and T.P.S. have also played significant role in the development of the country.

We also had several Ismailis individuals who have participated in politics of the country. Some were elected or nominated on Legislative Councils of Kenya, Uganda & Tanzania. some, even, held Ministerial posts. Two of our prominent Ismailis namely Sir Tharya Topan & Sir Ebu Pirbhai, had Knight-hood bestowed on them by the British Monarchs.

Having such a rich history of the Ismailia settlement in East Africa, it is really very sad that we are lacking their detailed records.

Presently, a great-grand son of Allidina Visram came to me asking me for some details of his great-grand father. I had some details due to my father's connection with the family and gathering a little from a book by Sir Fredrick Jackson entitle Early days in East Africa", I gave him the material.

Some one pulling the legs of my own grandson, told him that our family came from Peru and thus we derived the name Paroo. Because of his ignorance, he beloved if for a while, until I had correct him that our forefathers came from a most backward area of Western India, called Cutch, to Zanzibar in 1852. Then opened a shop in Bagamoyo in 1860 and settled there until, migrated to Mombasa in 1913.

Isn't it distressing to know that our young generation had no idea or have wrong ideas about the part our forefathers have played in development of East African region!

Bearing this in mind, in January, 1989,in one of my waez in Kuze Jamatkhana of Mombasa, I suggested and which I repeat here, that ' our National Council or any other relevant body, should engage a qualified person from outside or locally, on voluntary basis or paid^ to come to Nairobi, Mombasa, Kisumu, Zanzibar, Dar-es-Salaam and Mwanza and interview members of the families who had immigrated to, East Africa in the 19th Century or early 20th Century then collection-proper records. I am sure you will find over a score of families to interview. This is a matter of urgency because within next 5-10 years we will not find links with such members of old families and we will lose all sources of information.

I also suggested in my said Waez that the National Council of CANADA should open up a small Bureau, under a small committee, in TORONTO, to collect and journalise all important events of Ismailis, taking place in Canada & U.S.A. Our settlement in Canada & U.S.A, within 20 years, has already reached or will soon reach a figure of fifty thousand (50,000). This was the maximum number of population ever reached in East AFrica, including Madagascar, Portuguese East Africa and South Africa.

If such kind of step is not taken from now, I am afraid, we will again be leaving no legacy of records for our future generation.

Photos Courtesy of Shaukat A. Jaffer of Minnesota