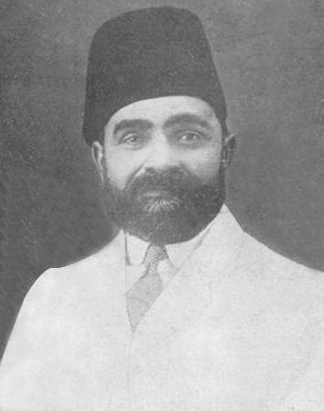 Manji Ghulamhussian Padamsee Manji Padamsee was raised in Kathiawar and came to Bombay in 1896 at the age of 13 years, to work in his uncle, Saleh Muhammad Padamsi’s glassware shop. After his uncle's death, he took over the business, grew it steadily and became one of the business magnates in Bombay.

He went on to form The Bombay Glassware Merchant Association in 1923 and became its first President till his death.

Manji Padamsee strove much to promote the notion of education amongst the girls and served many years in the Kandi Mola Girls School. His famous word of advice,

He would lament “Women are treated in society as a lifeless machine, incapable of participating with men in the pursuit of education. Let her world not be confined to her home, beyond which she does not know.”

He spent huge amounts of his own money for the marriages of girls, who completed their education. He was also generous and granted a princely fund for the premises of the Ismailia Central Free School, in the name of his father, and for the new Jamatkhana at Sarthan.

Manji died at his Padamsi Seaview Bungalow in Bombay.