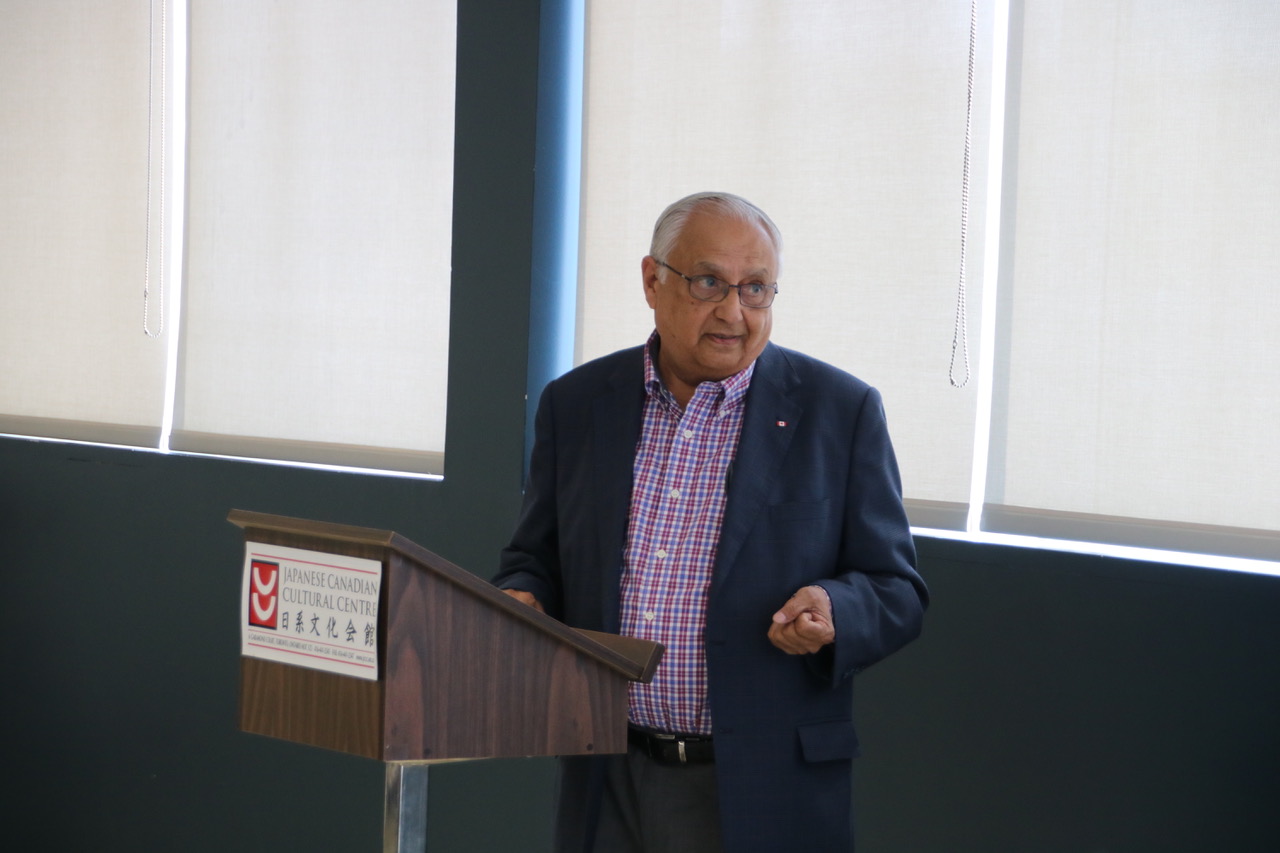 Reprinted from the Canadian Immigrant (http://canadianimmigrant.ca/entertainment/arts/calgary-based-travel-writer-mansoor-ladha-publishes-memoir)

Mansoor Ladha was born in Zanzibar, Tanzania, and moved to the country’s capital Dar es Salaam where he worked as a journalist with the country’s daily newspaper. When he was told he would have to belong to the ruling political party in the one-party state to keep his job, he moved to Nairobi, Kenya. He found work again at a daily, but he would soon move again, this time across the ocean to Canada. Dictator Idi Amin had just expelled all the South Asians from neighbouring Uganda, and Ladha was one of many South Asians living in other African nations who took that as a wake-up call. He landed in Toronto at 29 years old, hoping to continue his work as a journalist in Canada.

Did you find work with a Canadian newspaper after you immigrated?

I couldn’t get a job on the newspapers in Toronto because I didn’t have “Canadian experience.” Admittedly, I didn’t have Canadian experience, but I had a significant amount of experience in journalism and copyediting. It was just not sufficient enough to get employed with the various daily and weekly newspapers. After about three months of not being employed, I was recruited by the Edmonton Journal. So I went to Edmonton along with my family.

How did your journalism career progress?

Later, I bought a weekly newspaper, and Morinville Mirror established another one, Redwater Tribune, both within commuting suburban areas of Edmonton. I owned the newspapers for more than 25 years before selling them in 2005 when I moved to Calgary.

And in Calgary, you are …

I am a freelance journalist, columnist and travel writer who has submitted articles and pictures to various daily newspapers, travel magazines and online travel sites. I have also published two books.

Being a travel writer is a dream job for many. How does that work?

I am registered with a few American PR firms who send me on press trips to U.S. destinations. Also, some tourism departments have offered me trips to various parts of the world. So I have travelled extensively in my retirement and have undertaken trips to Greece, India, Africa, Yukon, England, Wales, Turkey, to name a few.

You’re also an active volunteer, for which you received the 2013 Governor General’s Caring Canadian Award. One of the pillars of my faith is being an active volunteer. I have been a volunteer at a young age and the award was given to me due to my voluntary services in the Ismaili community and externally as I have served in various public boards, immigrant societies, press clubs and institutions. The community of Morinville, where I published my newspaper, also bestowed on me Citizen of the Year.

Tell me about your new book.

The book is a story about a brown person first living in a black society (Tanzania) and later in a white society (Canada), highlighting problems of settlement, displacement and search for a home. The story reveals how a person’s skin colour can make a difference.

The message is that Canada being a country of immigrants should be more welcoming and receptive to immigrants as workers and employees. It was flagged as a “book to watch” by the CBC. How did that feel?

I am humbled and proud to be recognized this way. I hope that the book is an inspiration to those that are newly arrived in Canada as there is always a beacon of success.