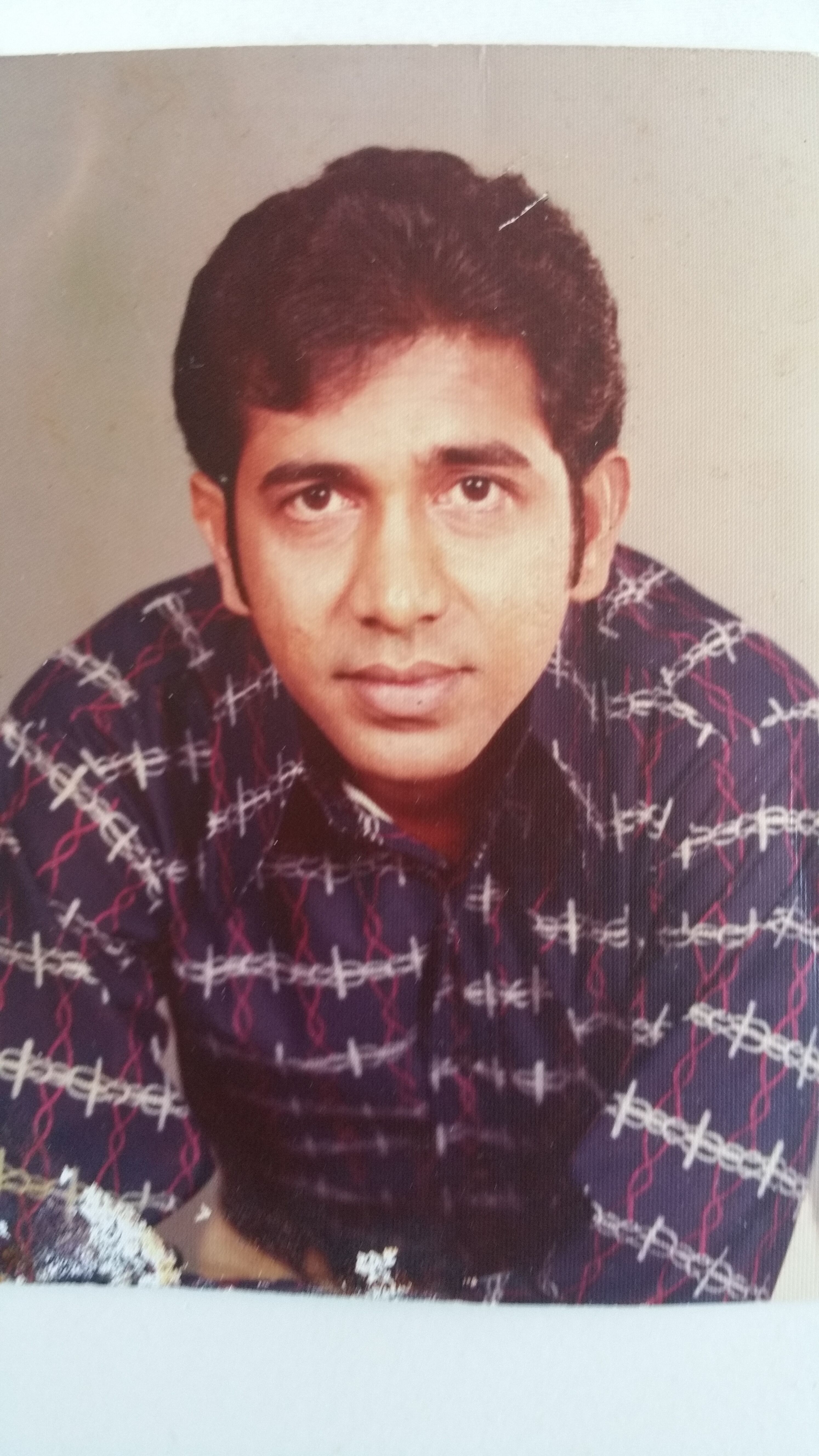 Mohamed Jaffer Habib Dewji Bhayani’s life illustrates the point the personal mountains are measured not in how high you climb, but the height you cover from where you started.

Mohamed learnt some lessons growing up in the tough ghettos of Dongri in Bombay that have guided him through his eventful life on 3 continents!

Firstly, laugh and the world will laugh with you (and maybe, even help you!) but cry and you will be seen as a loser. This trait has seen him charm his way out of the poverty of India into the opportunities of Africa and North America.

Second, that fear of failure is not a reason not to start again. This has helped him go through several business successes and setbacks. To name a few, these included a small oil shop, a coconut kiosk, a tea blend shop, a provision store, a transporter, an auto spare parts dealer, a used clothing exporter and now running a genuine East African take-out place in Toronto - always willing to try out the new, in case it is the big one!

And finally, never turn your back on an opportunity, even if it takes you away from your comfort zone - Bombay, deep into Tanzania, Burundi and Canada, always carrying the vepari mercantile spirit, learning new languages as necessary, such as Hindi, Gujarati, Marathi, Swahili, Arabic and now English!

Although his grandfather was a farmer in Dungar Kutwara, Kathiawar, Gujarat, Mohamed learnt vepar business from his father’s small kiosk in Byculla near Dongri -selling spices etc. Mohamed-Jaffer did not stay in school beyond 6 chopri class Gujarati. He says his early drop-out was a result of the influences by the boys on the streets, with whom he hung out, playing tough but surviving due to his pleasant demeanour-always laughing and joking.

As soon as he was old enough, he opened up a small oil shop, later a coconut kiosk and after then, a small tea blend shop in Byculla, named Joy Tea Mart, where he made and sold a blend of tea leaves. Despite a flourishing business, outside influence and lack of sufficient business acumen in the tough environment meant a succession of small business failures, leading to nokri service, as a salesman in a Khoja shoe store called Lilly Footwear.

The shoe business in Bombay was (and still is, he warns) cut-throat; and Mohamed-Jaffer did not hesitate using his charming personality to up sell tourists. One day, however, a Khoja family from Tanzania were so genuinely nice, that he felt guilty and he spilled the beans to them - they, in turn, appreciated that and asked him to accompany them for movies and dinner during their stay and then sent him a resident visa for Tanzania! When he missed the deadline, they sent a second one and so, in 1972, off he went on the SS Haryana, deck class - at a cost of 1500 rupees, a small fortune, landing firstly in Mombasa and then on to Dar es Salaam. Mohamed-Jaffer didn’t appreciate it then, but he was following the footsteps of his Khoja ancestors, who had done the same journey from India to Africa, since 1825!

The community network was just as strong and soon, he was in Mwanza, working for a retailer called Ismail Trading. An opportunity took him further into the bush to Biharamullo, where he opened a small shop with a loan of business goods of 2000 shgs. He thinks his success was due to the fact that he trusted his African customers and provided good service. His fellow dukawallas considered him “wooden-headed”, but it was this vepari quality that paved the way and allowed for a flourishing business. He made frequent purchasing trips to Mwanza and Bukoba. He became real friends with the local Africans and Arabs. They became a close-knit community and would occasionally sing old Hindi film songs together. The African and Arab bus owners respected him and gave him the best seats to Mwanza and Bukoba, without any charges!

Later, another opportunity opened up in Mpanda and in the finest tradition of the earlier generations of dukawallas, this rather small-town fellow (also known as Chottu) from Bombay, ventured even deeper into the Tanzania country-side, where a Khoja trader called ‘Mzee Bhaloo’, whose wife was African, helped to set him up. An even bigger opportunity opened up when he took over the chai distributorship of an important merchant, Shamshu Jetha, who had to leave town due some difficulty. Mohamed says it was always easy for an unscrupulous person to “light a fuse” against fellow merchants in those days! But, when in 1978, the Jetha’s returned back, he sold their livelihood back to them and left Mpanda for the big city of Dar-es-Salaam to begin a new chapter in his business journey!

In Dar-es-salaam, he smartly bought a couple of trucks, which he sold in short order making some extra profit. He married and had two children. With his savings, he started a hardware store, then feeling big enough, he tried Bombay but quickly decided that he was no match for his old colleagues and returned to Tanzania They were too chalaak smart for him! Back in Tanzania, he found his niche in auto spares business, which he ran very successfully between 1985 and 1992.

As many Khojas had successfully settled in Canada for reason of their children future, he, too, applied, as an entrepreneur. In his immigration interview, he told the visa officer he was going to open a “Canadian Tire”- thinking that it was just a regular tire store! To leverage his his Tanzanian connections, he ventured into a used-clothing export business and in the next 6 years, Mohamed-Jaffer lost most of his savings!

So, in 2006, leaving his family (now 4 children) in Canada, off he went to seek his fortune in Africa again, this time to land-locked Burundi, to open a store to sell used clothing- no fear that he did not speak the local language! But Mohamed-Jaffer knew that he could rely on the community network to help him settle in.

Unfortunately, a civil war between the Hutus and Tutsi tribes broke out. When a bomb landed on his own home in 2008, his family demanded that he return to Canada.

Once again, in search of enterprise and knowing his Zanzibar-born wife, Batul was an excellent cook, the Bhayanis decided to open a take-away restaurant, specialising in East African Indian foods, called Karibu Restaurant in the Toronto suburb of Richmond Hill, which, in 2012, they re- located to Scarborough.

In his life of over 60 years, Mohamed-Jaffer has had amazing adventures, through his travels from India to Africa to North America.

And one day, when the story of the Khojas entrepreneurs is fully explored, he shall be noted as a small but important element of that 500 year history!