Born in northern Tanzania, Mohamedali was a member of the well-known Natha Hirji family, who operated several businesses including the dealership of the British American Tobacco (BAT) as well as Afrigas distribution in Moshi and Arusha area. Other businesses operated by the Hirji's included Coca Cola Bottling, Unga Limited, Brook Bond Tea, and Plaza and Palladium Cinemas in northern Tanzania.

Shortly after Independence from British rule in 1961, Mohamedali was nominated and appointed as Member of Parliament by the ruling Tanganyika African National Union (TANU) party. This was a great honor for the minority Indian community in Tanzania. Mohamedali had been a great admirer of Tanzania’s first President, Mwalimu Julius Nyerere and the struggle for independence.

Later Mohamedali, who was also known as the "Renaissance Man", served as the Deputy Mayor of of the Town of Moshi, Tanzania. 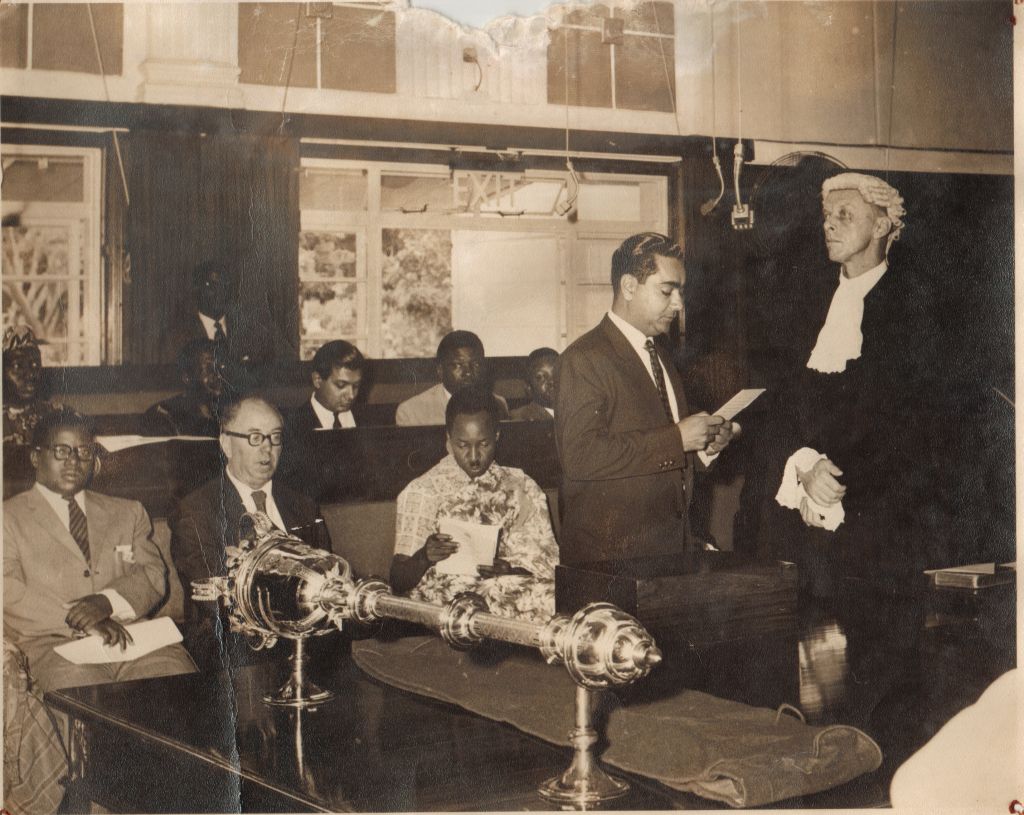 Mohamedali taking the oath of office as an M.P. with Julius Nyerere & Al-Noor Kassum.

In 1974, he moved to Canada and lived in Burnaby, British Columbia. An all-round sportsman, he played tennis, field hockey, soccer, cricket, golf and squash and won many trophies for his athletic skills. He also had a great passion for politics, photography and travelling.

A close family friend has said Mohamedali taught by example and constantly stressed the importance of family unity, human values and integrity.

“He never took his health for granted and was a great believer in healthy lifestyle,” the friend said.

“He exercised until his death.”