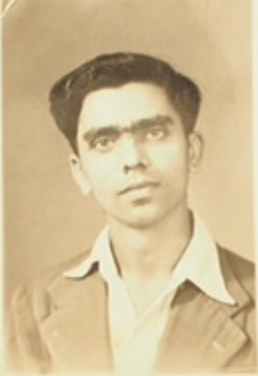 Nurdin Bha was educated first in Zanzibar and acquired his Swahili skills there.

He then came to Dar es Salaam to go to secondary school at the Agakhan Boys School, where he was a head prefect as well as an avid soccer player.

Upon completion, as was the norm, he joined his father’s business which was a pawn shop, taking good on pledge for cash loans.

Eventually, he started his own pawn shop business on Nyamwezi Street, the Karikoo market area and later after his marriage, moving to a larger premises on the main thoroughfare, Msimbazi Street.

Nurdin was politically aware and went to become a community leader as 10-cell leader. In this position, he acted as alocal arbitrator for up to 10 homes in his area.

His special service was to teach English to African ladies in his neighbourhood.

This is wonderful. It brings back memories of the past so wonderfully well. Nurdin and I played football in Dar-es-Salaam. He was known as "Bhuree" because of the colour of his eyes. He was deeply religious. My wife Maherun and his wife are close friends. Thank you for bringing my old memory back.