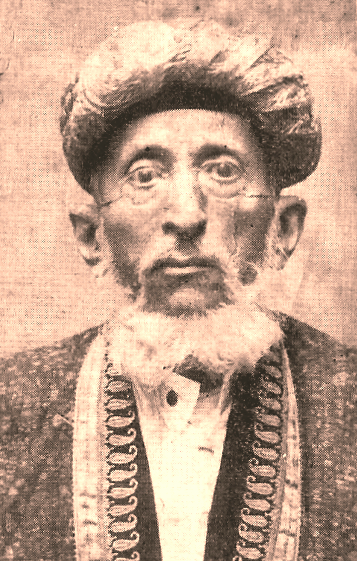 For over four generations, stories about Rajan Bapa’s industry and piety have been passed on to his descendants. At the turn of the 20th Century, he came in a dhow from India to Mombasa to meet his only daughter Mariam Bai. Mariam Bai, they said, ‘was given’ as we say in patriarchal Gujarati, to the Suleiman Virji family of Diu in the Portuguese colony of Gujarat. Mariam Bai was just fifteen years old when she married and came to Africa. This is all I know about my great aunt. I have not even seen her picture.

Another story is about the voyage. One night when the storm raged over the Indian Ocean, Rajan Bapa’s dhow got lost. Next morning, the captain released a crow. The crow showed where the nearest land was. That’s how my ancestor landed in Kismayo on the Somali coast. Being a merchant himself, Rajan Bapa purchased some beads as an investment at the famed bead market of Kismayo where camel caravans from the sand dunes of the interior and dhows from the Indian Ocean met and traded. In the first decades of the 1900s, Kismayo was a vibrant trading port with a sizeable settlement of Khoja merchants. Among them was the family of Lalji Mangalji, the name that is associated with the building of the magnificent Darkhana in Vancouver. It is probable that my great grandfather stayed with his family because Laji Mangalji, so the story goes, was the Mukhi of Kismayo.

Lost Khoja travelers like my great grandfather, itinerant merchants, and penniless young men would often find their way to the Mukhi's house. Arrangements were then made for meals that the local Khoja jamat was obligated to provide for their caste men, and they slept in the Jamat khana. That was how it was done in those early pioneer days. Visiting merchants and newly arrived made long term friendships and contacts at the jamat khanas and learnt to know the land from the earlier settlers. The jamat’s hospitality was spoken about as partly religious and partly as the caste custom of brotherhood known as panjebhaiyo that brought barakat meaning blessings. This was the time when dhows with Khoja merchants on board plied between India, Muscat and Zanzibar and the inland trade routes were laid.

My great grandfather’s story then moves to Mombasa keeping the beads in the thread. This is what I learnt from one of Rajan Bapa’s grandson. They called him Meshnari Madat Bhai. Meshnari Madat Bhai was interested in finding family roots and had in fact visited the ancestral village of Juno Savar in Gujarat. He said that every morning Rajan Bapa was seen spreading his straw mat under a palm tree at the old market in Mombasa. Rajan Bapa measured the beads in his cupped hands and arranged them in heaps in lines on the mat. The Mijikenda from the nine village communities around the old slave port came to admire and buy the beads that would resonate with their norms of beauty, social values, and adornment.

Rajan Bapa’s initial investment in beads like that of other Khoja merchants later expanded to textiles and he became a wealthy man. In fact, wealthy enough to be blessed to be able to contribute to community charities and building of two jamat khanas in his birthland. So, the story connects back to the origin in India through the practice of giving what we called sewa and dharma. Sewa and dharma are mentioned in the earliest of scriptures like the Bhagvat Gita, the longest poem ever written in an ancient language. It is still recited as an oral tradition, recalling the ethics of giving and serving.

What I remember from incidental anecdotes in family talk is about Rajan Bapa’s act of giving to the community. This is what brings pride to his descendants and is remembered. Stories of giving were memorialized on wall plaques and told as oral histories about migrations, origins and family genealogies. Growing up in Kenya and travelling around in East Africa, I enjoyed reading the names and dates on plaques on our community buildings - schools, clinics, libraries, social halls and the jamat khanas. They told me about our forefathers, the history of the settlement and making of the community. The plaques became immediate and meaningful when I could associate them with family names.

WHAT WALL PLAQUES TELL US ABOUT THE KHOJA CIVIC SOCIETY 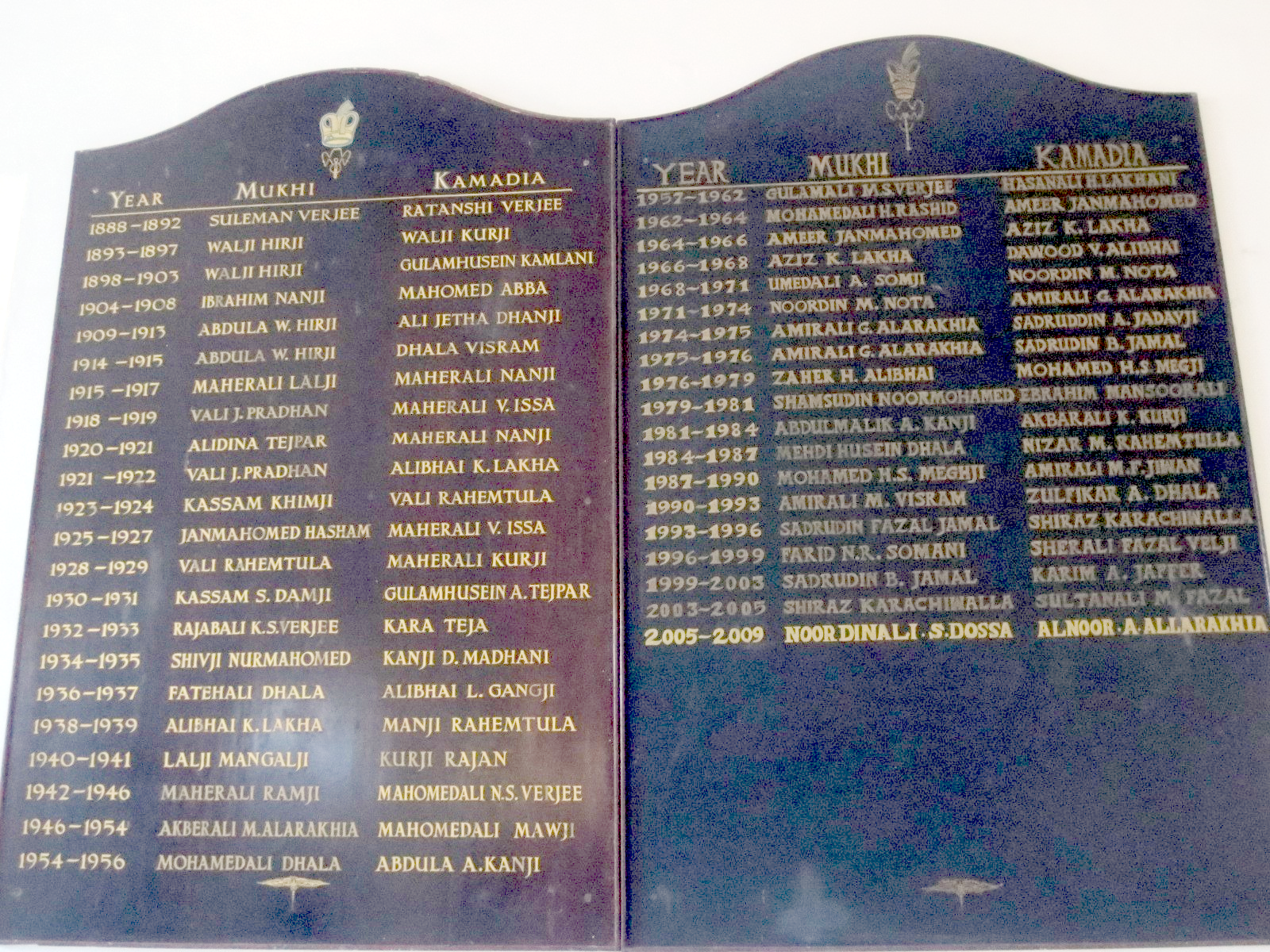