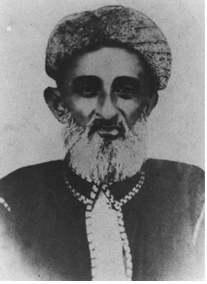 Born in Cutch-Mandvi in 1836, Sachedina Pirmohammed Mawji - also known as Satchu Pira - migrated to Zanzibar with his parents at the age of 3. When he was 5, his parents travelled to Mecca to perform their Haj but lost their lives on their way back when their boat capsized. Satchu Pira was then raised by his uncle and aunt.

In 1875, he settled in Dar es Salaam, a small village at the time. Here, Satchu Pira and his sons, Abdulrasul and Noormohammed, excelled in business and community service, which earned them a favorable reputation with the colonial Germans at the time.

Satchu Pira was known for his honesty, sincerity, and generosity. He donated a cemetery and he - with the support of Versi Advani and Nasser Mawji - was able to establish the first Khoja Shia Ithna Asheri Masjid and Imambargah in Dar es Salaam. It is narrated that Satchu Pira and his sons even carried bricks with laborers during the construction of the mosque.

Satchu Pira left a legacy of generosity and service whose fruits we enjoy to this day. He passed away in Karachi in 1907 at the age of 71 as he returned from the Ziyarah of our Holy Imams.

He is buried at the entrance of the Shia Ithna Asheri cemetery in Karachi.