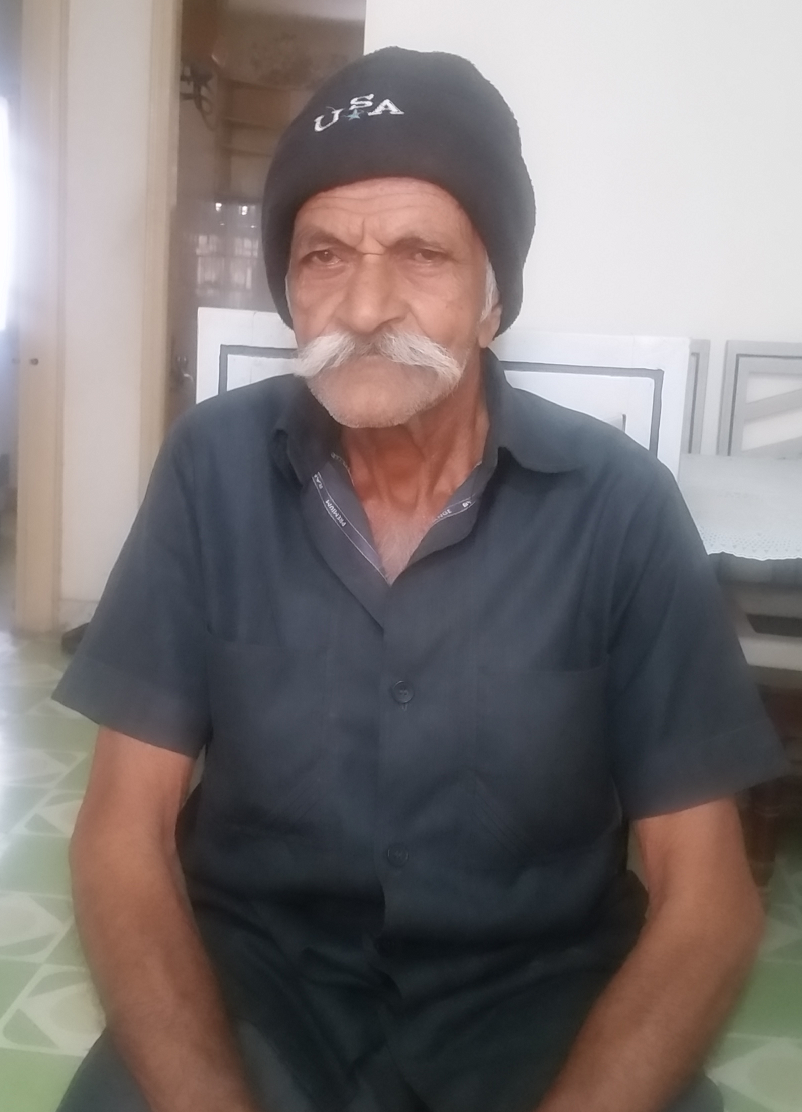 Sadru bhai grew with his parents in a mud-stone house with red clay roof on their 7 acres family agricultural land just outside of Porbandar, in Pokila, where they also had 2 bullocks. After his father death, when he was 20 years of age, he inherited the land and continued tilling.

His first wife died of a cobra snake bite whilst she was in bed. She died instantly. She was only 25 years old and he had to take her to Porbander from Pokila by bullock cart for burial.

In 1964, he built a new house made of sand, cement and stone after he married a second time. All his children are from his second marriage. Eventually, they also has a house in Porbandar and lived in both places.

They usually came to town on Chandraat or to see a Bollywood Hindi film.

All his girls got educated but his sons did not continue in school. One lives in Porbandar and runs a small tea stall whilst his oher son is in Beira, Mozambique.

After 36 years on the farm, in 1986, he sold the land after his children grew up and left. He still continued to do labour work for other farmers.

Sadrubhai says his life has been the tough life of a farm labourer but, shukar, his children have looked after him well.

He now lives in Porbandar close to his nephew Hussein Alibhai Rawji, who has retired there.