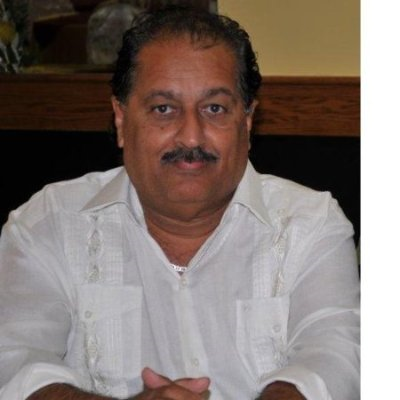 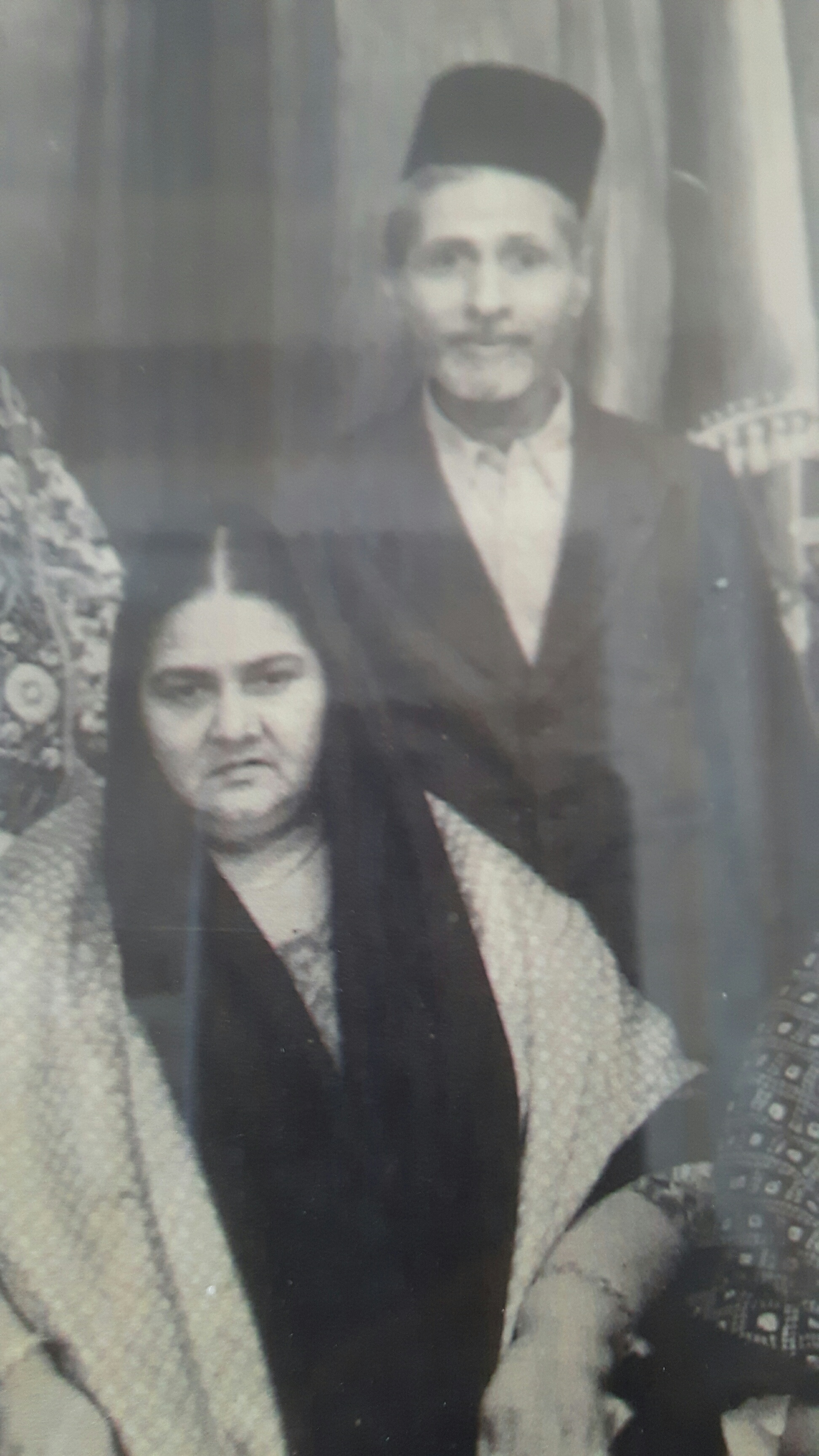 What makes an accomplished malaria specialist, working at a prestigious Toronto hospital end up becoming a well-known international travel TV producer – for Sherali, it was the love of Bollywood music!!

Sherali Thaver was born in the multi-ethnic city of Zanzibar, the son of a self-educated customs officer who strongly believed on the value of education for his children. After completing at the Agakhan High School, Sherali also joined public service, working with a World Health Organization program for the eradication of malaria and following a 3 year apprenticeship, in 1962, he not only qualified as an Entomological Assistant but was sent for overseas training to Jamaica and Mexico (where he picked up a wanderlust for travel!) 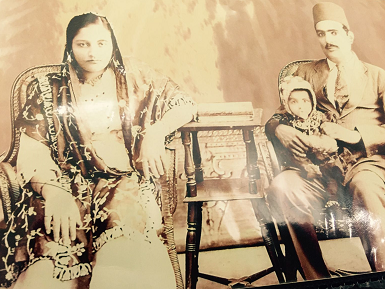 In 1963, Sherali was in line to take over the malaria project from the WHO parasitologist counterpart, when the violent Zanzibar revolution changed his life, as it did for most Khojas in Zanzibar. The European director was expelled and the program abandoned. In desperation, Sherali wrote to him and it was arranged for Sherali to continue his education at the Paddington College, London, where he graduated with a Medical Technologist Diploma in 1964.

Resetting his life, Sherali secured a position and for the next 10 years, worked at the London School of Hygiene and Tropical Medicine, helping with research on the immunology of malaria. Eventually, he became a Fellow at the Institute, based on a thesis paper on Immunology in Malaria. Interestingly, during this period, life came a full circle when he was assigned to check for malaria amongst the newly arrived Ugandan refugees!

It was also during this period that Sherali lost an opportunity to “become a millionaire” as he says, because he did not have 4000 pounds! Whilst at the Institute, Sherali invented a medical syringe for speeding up serum sampling and despite warnings from his superiors, who urged him to patent the design, Sherali failed to protect his invention and a number of medical manufacturers took the design from his thesis paper to mass-produce the device, which is now ubiquitous in research labs worldwide!

By 1974, many East African Khojas had moved to Canada and Sherali surprised his brothers by securing his immigration with a pre-arranged job in the Hematology Department at the prestigious St. Michaels Hospital in Toronto at the then handsome salary of $14,000 per year! He eventually went on establish their Department of Parasitic Immunology.

Sherali was finally settled in a country he could call home, having married, with 2 children and a great job. But that all changed after some years- due to his love for music, as recreation, Sherali used to accompany some musicians on a cable program, when he learnt that the volunteer director of the show was moving. As the program was to be cancelled, Sherali offered to produce the weekly show himself and rest, as they say, is history!

His Zanzibar roots came to play when he chose the name of his first show “Hum Sab Ek Hain"- We are all one, calling upon the South Asians hailing from India, Pakistan, East Africa, Guyana, Trinidad, Fiji, Surinam etc. When asked why he did not do programs only for his own ethnic or religious group, Sherali proudly points out the creed that he was taught by parents “ All religions and cultures are good”.

His weekly programs grew to all the cable stations in Toronto and after 30 years, Sherali still has a 4 hour slot of programming for the Caribbean, Pakistani, Islamic and Indian shows presently aired on Saturday mornings on Rogers Cable 129.

In 1981, Sherali created a weekly travel show called “Discover Your World” where he travelled to and showcased over 45 countries, promoting global peace though tourism! He even built a state of the art studio facility in down-town Toronto until the program became a victim of the events of 9/11.

The concept for Discover Your World first began in the late summer / early fall of 1983, when Sherali was given a 10/15 minute segment called BWIA's Caribbean upon the Sounds Of Asia TV Programs by then-producer, Lali Vij.

Then, in 1985, Lali furnished Sherali with a weekly half-hour time slot on CityTV in which he had then launched and ran the Discover Your World programs for a year and a half. Following the program's removal in May of 1987 because of the show's primary presentation not being in a third-language (other than in English or French), the program then moved to CHCH Television... at that time, running head to head for a number of months directly against what is now known and celebrated as the great media empire known as WWE.

Also, during the summer of 1987 with the support and assistance of Lali Vij... Sherali then opened his studio and became the second South Asian Canadian on record, to open and own a broadcast production facility throughout the span of the now 50+ year history of South Asian Media in Canada. These studios were proud to welcome along with introduce in a handful of cases, many great legends in the world of South Asian Entertainment such as Mehdi Hassan, Afzal Raza, Mohamed Raza, Malkit Singh, Kamaljit Neeru, Mohd. Siddiq & Ranjit Kaur, Johnny Zee, Legendary UK Bhangra Groups Apna Sangeet, Heera, Alaap & Premi, Sulakshana & Vijayata Pandit, Actresses Rangeeta, Jayshree T, Music Director Vijay Oscar.

Sherali has many achievements to his credit but he is particularly proud of what he did for the Cuban people in their hour of need. On a trip, he realised that the beautiful country was under marketed and after securing a difficult contract from the authorities,,with a crew of 13 people he filmed the whole of the island and then ran a weekly marketing campaign from Toronto with the result that the number of Canadian visitors went from 73,000 to 138,000 just in one year! And since then, it has grown to over two million annual visitors to Cuba! He also created the optional tours videos, which were aired in 5 languages and seen in some 3,000 hotel rooms in Havana and Varadero. He even had a great idea to promote video conferencing for Cuban families from USA but could not get the necessary clearance!

Sherali Thaver has created amazing personal profile during his life journey- we hope that he will continue to enrich the world of the Khojas by using his talents!

Sherali has recently launched a unique Quran AM/FM Radio where he has programmed all the 114 Surahs of the Quran, with individual,translations of each Surah,in English and Urdu.This is easily done by punching in the individual Surah (list provided).

For the Jaffari Khojas, he has also programmed over 30 popular Duas and Ziyarats in the same radio.

The commercial of the radio can be seen on You Tube AM/FM Quran radio with English and Urdu translation.