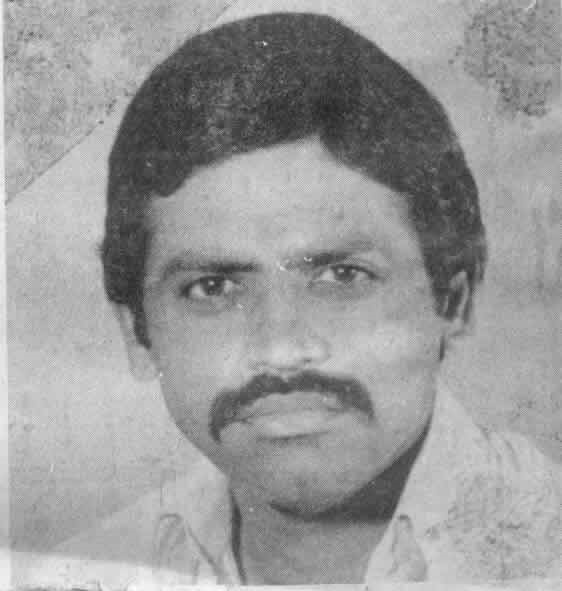 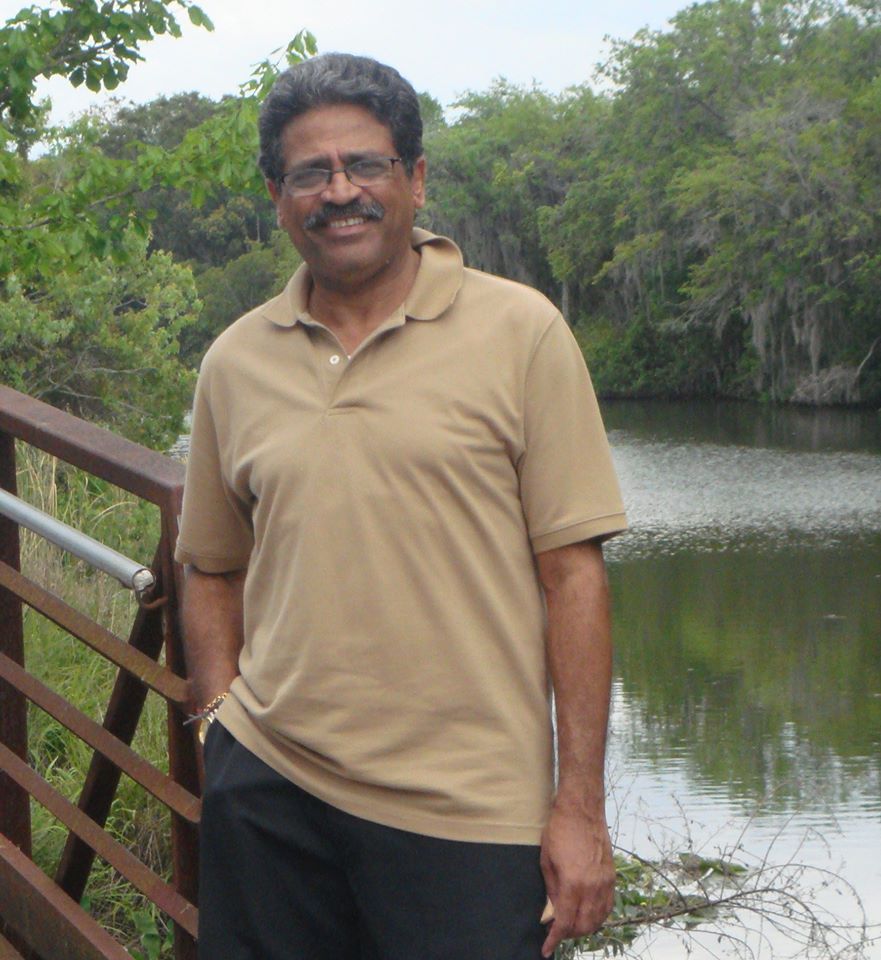 I was seated with Shiraz Sumar and his charming and inspirational wife Yasmin at their house in East Upanga overlooking the picturesque green orchard.. The couple saddened at the thought of leaving their home and parting with cricket.

The premature retirement of Sumar, enforced by certain immediate commitments, is a sad loss to cricket in general and Dar Cricketers in particular. He was one of those rare ambassadors of the game whose all round performance were invariably accompanied by courtesy and sportsmanship.

Speaking of his decision he said, "I am sad to end my cricketing career. I always enjoyed playing cricket and I will miss Tanzania very much but it is time to say ‘goodbye’."

Sumar is a pleasant personality who has played some fabulous knocks. He was able to drive, cut, pull or play every stroke in the game. Moreover he possessed the temperament for big occasions.

The post 1980 phase stretching from the Sunday league game at Kinondoni when Sumar secured Dar Cricketers a thrilling victory against Union which till then had an interminable run of victories to the recently concluded Saturday knockout final against Union when he miraculously snatched the game for his team will always be remembered as ‘Sumar Era’. It is sad that now this era is coming to an abrupt end.

Hitherto a cricket fan on his way to the ground on a Saturday afternoon or a Sunday morning would visualize Sumar in every frame of the game. Now onwards the feeling ‘no more Sumar’ is hard to imagine. It was his sheer all round brilliance that won him the affection of the crowd..

Sumar was on the Tanzanian cricket scene since long and his earlier performances had earned him a place in East Africa for the 1975 World Cup held in England. It was great to be amongst the likes of Clive Lloyd, Viv Richards, Dennis Lillee, Geoff Boycott, Sunil Gavaskar, Zaheer Abbas and many others who had assembled there. It was his dream come true when he played against England at the prestigious Lords.

Sumar vividly recalls Clive Lloyd’s brief words when The East African Team Manager, Jasmer Singh, requested the West Indian skipper to guide and provide some tip to his team. "Always play on the line of the ball, no matter how the ball travels."

Sumar himself disapproves ‘cross bat’. "Cross bats do not apply the right approach, they may shine on matting wickets but playing on the turf becomes difficult for them as their reflections are restricted."

He reminisces those evening strolls with the fabulous West Indian opening batsman Roy Fredricks and John Solanky, formerly a Tanzanian stalwart and then playing for the Glamorgan County."

During his stay in the UK Sumar played at the club level for ‘Agakhan Sports’ at Boston Manor, and playing on turf for five years improved his game considerably. On his return to Tanzania he witnessed Dar Cricketers in shambles. He then set the Tanzanian cricket scene ablaze and propelled Dar Cricketers to the pinnacle of fame by his own outstanding performance. He molded and trained his team mats, and led Dar Cricketers to their present status.

Sumar says, " I have not split with Dar Cricketers. The talk of rift is mere rumour. Difference of opinion is always there. I am part and parcel of Dar Cricketers. I owe my loyalty to them and shall always remain attached to it. I may have received lucrative offers from other clubs but I never intended playing for them. I also stress that I am a disciplinarian. However weak a team may be but if it is disciplined it will eventually triumph."

Talking of Union Sports Club Sumar states, "When I reentered the Tanzanian cricket scene Union was a dominant and enviable force. I take this opportunity to offer my complements to Union who in reality were instrumental in bringing me into the limelight. Union were the most balanced and spirited team with some real fine players like Yusuf Kabana who was an astute craftsman. I have always had high regards for his captaincy. I must confess that I never played with as much seriousness against other teams as I did against Union. My confidence had something to do with their compatibility, it accelerated as the contest grew more challenging.

"The so termed arch rivalry between us is not animosity in real sense but a healthy rivalry. I do not want to go away with any conflicting memory haunting me."

Sumar was also a very fine captain. It was not his ability with bat and ball that merited him captaincy but his shrewd tactics. It was his field placing, bowling changes and overall approach towards the game that made him an ideal leader. The coherence of duties also stimulated his all round performance.

Sumar thanks all the officials of TCA and DCA for honouring him with the captaincy of the National Team as well as according him twice the ‘Cricketer of the Year’ award. He also expresses his gratitude to Nizar Jiwani, Dar Cricketers’ Sectional Secretary and Amir Bader ‘Pinto’, the Team Manager.

Discussing the future prospects Sumar suggests, "We have some promising youngsters but they need to be serious and attend regular practice. I wish our team all the luck in the forthcoming Quadrangular Tournament. In Mohamed Nathoo we have an accomplished batsman and a fine leader. There is lot of potential in the quick footed Munir Sheriff of Arusha and Alnasir Hasham who within no time has developed into an excellent all rounder.

"I will definitely feel strange not to be part of the National Team and those training routines. Instead I shall be thousands of miles away wondering about the cricket in Daressalaam and visualizing Messers Nathoo and company competing with their opponents.

getting introduced to Queen Elizabeth ii of UK and shaking hands with her at Lords, amid tension and excitement catching Union’s Sikander Fazal on the boundary line at Kinondoni, scoring 93 against Minor Counties at Dar Gymkhana, slamming a century against Malawi at Ndola, hitting some 20 runs off an over from Zimbo of Union as spectators went hysterical and the unfortunate run out incident at Coast Gymkhana.

"I did the best I could. I made the best out of whatever I had. I now have to call it a day."

As our prominent cricketer Mohamed Nathoo rightly put it, "Sumar had this rare quality of turning the game in his team’s favour irrespective of the situation. Despite his personal achievements he was not big headed and consulted me on all aspects of the game.

"Though we belonged to our respective teams, off the field we enjoyed friendly relationship. One of Sumar’s memorable innings that I remember was the century against Malawi and incidentally I happened to share a century partnership with him. Another innings that strikes me was his unbeaten 50 against us in the last Saturday Knockout final. The irony was that I myself had risen to the occasion scoring an unbeaten 78, one of my finest and fastest innings. However, my achievement was superceded by that fatal over which conceded some 20 runs to Sumar.

"Sumar’s contribution to Tanzanian cricket has been enormous. I wish him all the luck."

Sumar left the country last week for the States where he plans to settle with his family.

Shiraz Sumar was born in 1950 in Tanganyika in Tanzania. He was an East African cricketer who played in one ODI during the World Cup held in 1975.

Sumar made his debut against the New Zealand team, in Group A in the Prudential World Cup which was held in England. This right handed batsman played in one ODI, one first class and in one List A cricket matches. During his ODI period, he made one innings, with four runs. His highest score was 4 with an average of 4. With right to First class cricket, he played one match only making 2 innings, 25 runs and having a highest score of 15. His average during this period was 12.50. With right to List A cricket match, he played one match only scoring one inning, 4 runs with an average of 4.

Sumar was known as one of the cricket legend in Tanzania. He was the only Ismaili to ever have played in the World Cup of Cricket in England. This was in 1975, when he played for the East Africa team in the World Cup of Cricket. Shiraz’s performance on the pitch was always the talk of the town and he was very much known for his leadership skills too which naturally earned him the Captainship of the Tanzania National Team.