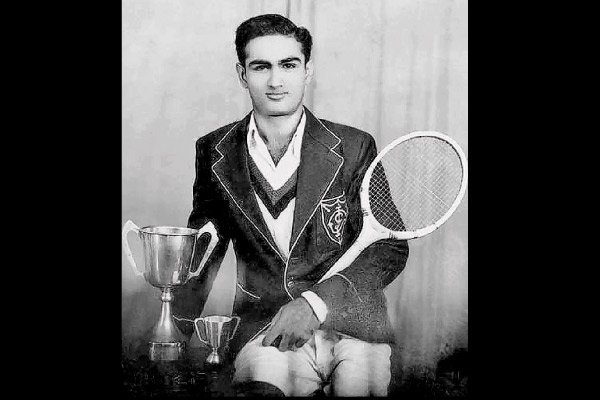 The Karims: Story of one family’s dominance in sports

(Elvis Ondieki reports for the Sunday Nation. He joined Nation Media Group in March 2012 as a correspondent in Kisii County and later worked in Kisumu.)

Rising and falling with the Indian Ocean tides as it staggered to Mombasa was a dhow ferrying a family that had decided to leave India for good. The year was 1937.

To propel them for over 4,500 kilometres over intolerant waters, the travellers in the dhow mainly relied on the monsoon winds to push their vessel to the Kenyan coast, a place some of them had visited earlier and liked because of its promise of a better life compared to their “inhospitable” homeland in Kutch, western India.

A two-year-old boy was among the travellers.

Despite the rudimentary sea travelling technology of 80 years ago, the boy made it through the harsh conditions and for the rest of his life, Kenya would be his permanent abode with his parents.

He would grow to be a famous sportsman, starting his career in cricket at the age of 14 before becoming a household name in Mombasa and beyond due to his aptitude for playing not just cricket but also tennis and volleyball.

So iconic did he become that today, a road in Mombasa is named in his honour: Yusuf A. Karim Road that branches off Kaunda Avenue near Lotus Hotel.

The last mayor of Mombasa, Mr Ahmed Abubakar Mondhar, named the road in Yusuf’s honour three years after he died.

It was a befitting way of immortalising a man whose talent was nurtured at the Ithna Asheri Sports Club in Mombasa, now Jaffery Sports Club.

He won the Mombasa Residents’ Tennis Tournament for 25 straight years and in between represented Kenya in the All Africa Games in Egypt in 1974 where he won a bronze medal in tennis mixed doubles. His son says he won more than 200 trophies.

But the sporting zeal did not end there. His sons became celebrated sportsmen, grabbing headline after headline especially in tennis and cricket.

The most notable of them is Aasif Karim, a former captain of the national cricket team who also won several tennis championships in the 1970s and 1980s.

In 1976, while aged just 16, Aasif booked a place in record books when he became the youngest ever player in the Coast to win the triple crown in tennis. He was the champion in men’s singles, men’s doubles and mixed doubles.

Between 1975 and 1992, Aasif’s prowess in both tennis and cricket saw him win many titles and represent Kenya in various events. In some doubles appearances, he played alongside his elder brother Aarif.

But in 1992, Aasif dumped tennis and specialised in cricket, later ascending through the ranks to play in the team that represented Kenya in the cricket World Cup in 1996, 1999 (as the captain) and 2003 (after being recalled from his 1999 retirement).

He shone in the days when Kenyan cricket was arguably at its peak, with stars like Steve Tikolo, Maurice Odumbe, Joseph Angara, Collins and David Obuya, Alpesh Vadher among others achieving one feat after another.

With Aasif having quit cricket to concentrate on leading a group of five companies that includes Aristocrats Insurance Brokers, his son Irfan has stepped into his shoes, establishing himself as a cricket player, being part of the national cricket team and also playing in a cricket league in the United Kingdom.

That is the headline of the back page blurb of a 360-page coffee table book that has been written about the sporting legacy of the Karims.

It is titled The Karims - A Sporting Dynasty and is accompanied by a two-hour documentary.

The case-bound book will be launched on Wednesday morning at Toranj Restaurant along Nairobi’s James Gichuru Road. The chief guest will be the aspiring National Olympic Committee of Kenya chairman, Mr Paul Tergat. Up to 200 people are expected at the function.

“This project took over five years. The good thing is that we had a lot of material in terms of research,” Aasif told Lifestyle on Wednesday during an interview at his office at Nairobi’s Aristocrats House. 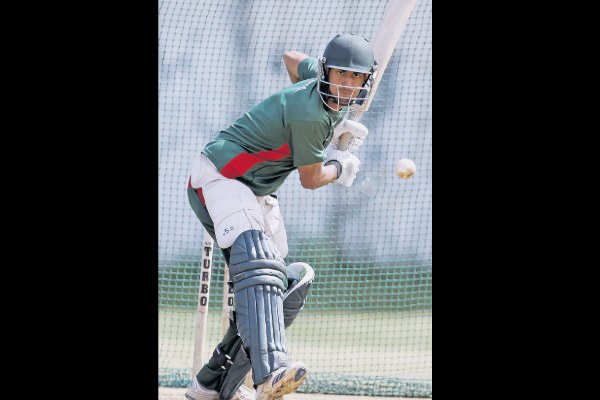 The reader will immediately notice that a lot of thought went into assembling the photographs and newspaper cuttings that accompany the narration.

“There are over 800 photographs, over 110 newspaper articles and certificates and editorial history is from 1825. That’s 200 years [of history],” said Aasif.

The narration in the book is almost dwarfed by the many and generous graphics, and the reader gets a feel of browsing through a well-kept archive by the time they are done reading the 15 chapters of the book.

The design of the book comes out as unconventional as its makers chose authenticity over uniformity; with one example being that the forewords by Kipchoge Keino (for NOC), Anwarali Dharamsi (for the Federation of Khoja Shia Itna Asheri Muslims where the Karim family belongs) and Jasmer Singh (who once played cricket with Yusuf) are reproduced as letters in their original state — with letterheads and all — rather than just the text.

The book begins with a backgrounder on what made the Karim family leave India. The activities of British colonialists before it got independence in 1947 are listed as one of the reasons.

One scene that is sure to stick to the viewer’s memory is the narration on the day Aasif was in a catch-22 situation when he was still playing both tennis and cricket.

On that day in 1992, he had three important matches in Nairobi: two in tennis — playing personally in one; with a partner in another — and also in the semi-finals of a cricket game where his team Jaffery Sports Club was facing the Aga Khan Club in a semi-final.

Interestingly, the tennis final coincided with the cricket semi-final. They were happening in different parts of the city.

“He tried solving his problem by winning the toss and getting his cricket team to bat first then rushing to Nairobi Club (Upper Hill) to play the tennis finals,” it is narrated in the book.

He lost the game to Nobert Oduor, rushed to Ngara for the cricket game, where his team also lost. He then rushed to the other tennis game but he was fatally late.

“[He] returned to Nairobi Club in the evening for the finals of the men’s doubles … The KLTA [Kenya Lawn Tennis Association], knowing the predicament that Aasif was in, had waited for him for half an hour then gave Nigel Shaw and James Ikalo a walkover,” the book says.

During the interview on Wednesday, Aasif reflected on the events of that day.

“It went bad because I think I was overambitious. I worked on the theoretical because there was no way to escape. Because here you are leading a team that’s playing in the semi-finals, they’re looking up to you, and here is your Kenya Open final now; how do you balance it? It was one of the toughest days for me. And I don’t know if it repeats itself again how I’ll manage it; I’m not sure,” he said.

The events of that day, coupled with frustrations he had had in the national tennis leadership, saw him abandon tennis and take up cricket fully.

“I am disappointed with myself for having given up early and of course despite the politics that was there and the discrimination that I went through, I should not have given up that early,” he told Lifestyle.

A person reading the book cannot help but notice the many newspaper articles that help tell the story of the Karims.

“Like father like son,” reads the title of an excerpt from the Daily Nation in 1977 accompanying a report about the victory of Aarif, Yusuf’s firstborn.

Another headline in an unnamed publication reads: “Father beats son.” It is a report about the day in August 7, 1977 when Yusuf, a tennis champion for 25 years, faced his 16-year-old son Aarif in the final of the Mombasa Residents’ Tennis Tournament.

“Karim, who first won the Coast singles title at the age of 16, amazingly beat his 16-year-old son Aarif Karim in the finals of this year’s tourney,” says the publication. Yusuf retired from the game soon after.

Later on, after Yusuf’s firstborn Aarif went to the United States for studies, the headlines would be on Aasif, the second born.

“Karim’s Coast reign continues,” says a headline in the Daily Nation of October 15, 1980.

In the golden age of Kenya’s cricket, Aasif was also in the headlines.

“Karim shocks Aussies as Kenya go down fighting,” says a headline in the Daily Nation of March 16, 2003, reporting about the exploits of Aasif, who had been recalled from retirement to play in the Kenyan team that played the World Cup in Durban.

“Evergreen Karim soaking up World Cup success,” says another headline from the 2003 showing.

But today, if “Karim” appears in a newspaper headline, it is most likely to be about Aasif’s 24-year-old son Irfan.

“Karim’s half century sinks Canada in Dubai,” says a headline in the Standard of March 2013.

Another recent headline in the Standard reads: “Karim hits heights.” Under it is text about the young man’s breaking of two records at a tournament in Dubai, adding that he had proven “he is a perfect solution to Kenya’s batting challenges”.

The headlines and the stories under them found their way to the book due to a meticulous record-keeping tradition observed by the Karims.

Asked whether his son Irfan will carry the Karims’ mantle to the next level, Aasif said he had no doubt about it.

Like his father who won a tennis scholarship to study in the United States, Irfan won a cricket scholarship at Loughborough University in the United Kingdom when he was in his final year there, after graduating from Braeburn School in 2011.

“I have full faith and full confidence because he is committed to this profession. He eats, he sleeps, he drinks, he thinks cricket. And the family is well behind him and we’re fully encouraging him and giving him all the necessary support,” he said.

But the current state of cricket in Kenya, Aasif reckoned, is nothing to write home about and it is high time it was changed. “There is very limited hope as far as the administration is concerned. Little hope or no hope,” he said.

Aasif was the financier of the book and documentary project, which he said came out of the need to preserve a piece of Kenya’s sporting history.

“It has given a history of the sports in this country, which I think should be the responsibility of the administration. But we don’t have any of those records,” he said. “Having played 23 years for the country, and with the vast information and the records that I have, I think this information will be quite useful for posterity. And more importantly, hopefully it will inspire the youngsters.”

The Karim offspring, Aasif said, are currently spread across the globe. His elder brother Aarif currently lives in Uganda while his younger brother Altaf lives in Orlando, Florida.

From his father’s generation, only his uncle Sultan Karim, currently aged 85, is still alive and he lives in the United Kingdom.

“If you ask about all the children, with their grandchildren, about 50-plus all over the world,” he said when asked how many people in the Karim lineage are alive today