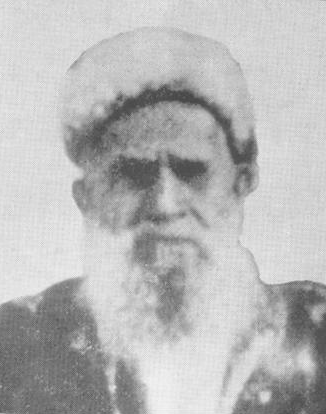 Kanji Ramji originated from Samaghoga, about 14 miles from Mundra, Kutchh. His habits were very simple and he lived a saintly life till last breath. His son Alidina was born in 1843 in Samaghoga. Kanji Ramji set out for a journey with his 12 years old son, Alidina in 1855 and sailed from Mandavi to Zanzibar after the difficult trip of 21 days.

Alidina was confided to the care of his uncle Ismail Ramji. Alidina slowly managed the shop. After being satisfied that his son had mastered his profession, Kanji Ramji returned to India.

In 1857, Alidina accompanied by his uncle and aunt, left Zanzibar for India, where he go married at the age of 14 years to a girl named Lalbai. He returned to Zanzibar and centred his attention to his business and jamati services.

Mukhi Alidina was hale and hearty even at an advanced age. He could read and write without assistance and retained clear visions and was able to chew sugarcane with his original socket of teeth. He was attending regularly Jamatkhana and maintained accounts and records himself. He enjoyed a robust health, and took a pretty long walk every day. His indefatigable energy, his shinning enthusiasm for every work made him more active than many a young man. He had wonderfully defied old age, and kept it at bay. His physical and mental powers were as alert as ever.

In Zanzibar, the 'Tanganyika Standard' published in its issue of May 20, 1948 that, 'Vizier Alidina Kanji, a well known Zanzibar merchant and follower of H.H. the Aga Khan celebrated his 107th birth day last week. He came to Zanzibar 92 years ago and during the Diamond Jubilee Celebrations in Dar-es-Salaam, His Highness the Aga Khan conferred him the title of Wazir'