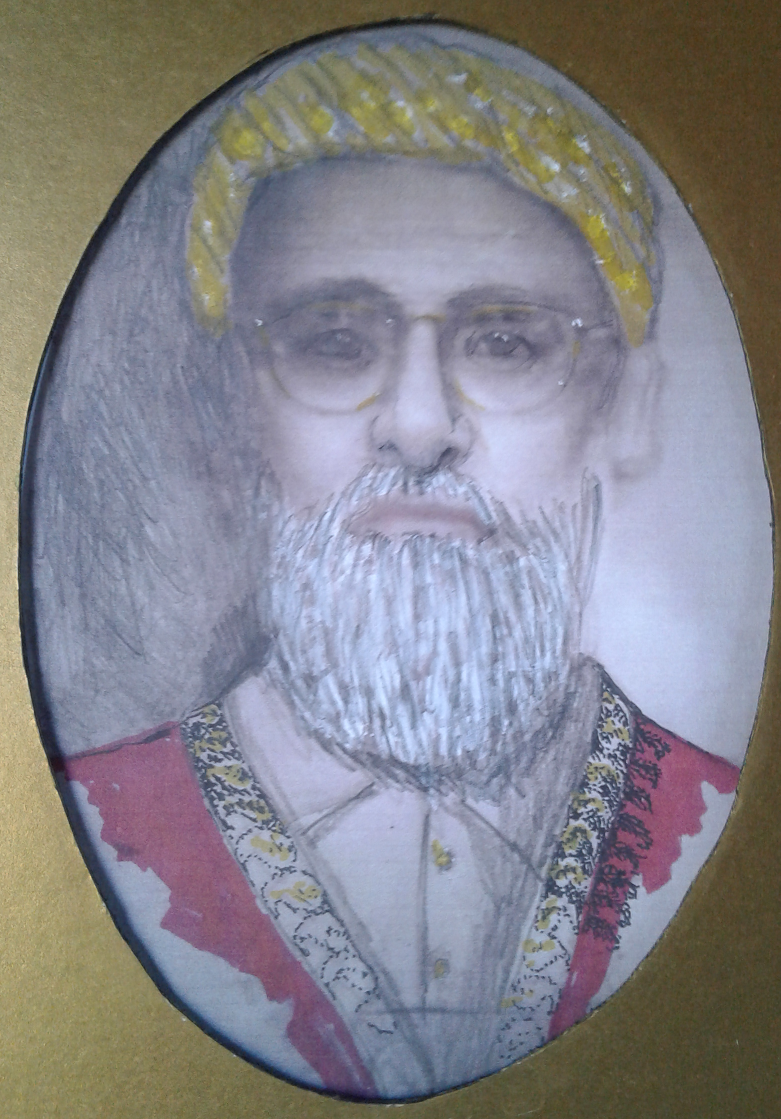 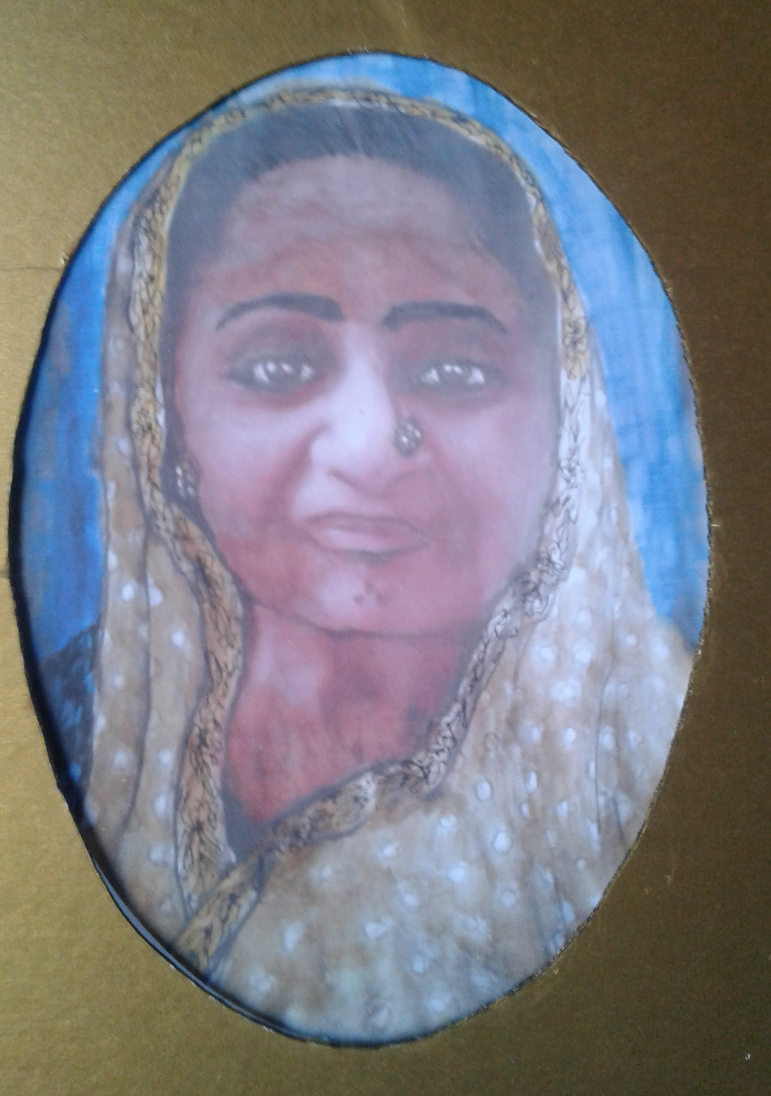 S. Giga Patney (Safder Alladina, born in Tanga, Tanzania) has taught English as a Foreign Language in England, Japan and Portugal and English as a Second Language in England and Canada. In his 35 years of teaching, he has taught Early Years, Primary, Secondary and Adult classes; and developed and taught Teacher Education programmes at the graduate and post-graduate levels at universities in the UK and Canada. His research work is in Socio-linguistics. He has retired to a hobby farm in the interior of British Columbia where he now does creative writing.

"This book sets out the history of the Alladina Giga Patney family, detailing their travel and travails from Kathiawar,India to Tanga, Tanzania. It is remarkable for the detailed context it adds to the history of the Khoja migrations to Africa - India under the British Raaj and Tanzania under the German Empire - and the resilience of the Indians as forced subjects of first and expendable objects of the second.

A must-read for all East African Khojas."

Excerpts from the book:

"The Alladin Giga family could trace their genealogy from Alladin to Suleman, to Hasham, to Mahamad, to Giga to the family name of Patney, which took them back to the middle of the Sixteenth Century to the name Giga.

It is probable that Mahamad, who was given the name of the Prophet, was converted to Islam at that time. The oral traditions of Khoja Ismailies and Bohra Ismailies, later written down, say it was at Patan in King Siddharaja Jayasingha’s time that the king, his courtiers, their wives and children, and servants were converted en masse to Ismailism by Pir Satgur Nur in around 1100 (Christian Era, 500 Anno Hegirae, Muslim Era). The title of Pir was given to proselytizers who were sent by the Ismaili imams in old Persia to the cities of old India.

In their oral tradition and devotional Ginan songs, the Khoja Ismailies refer to Patan as Pir-na Patan.

Alladin Giga’s family name, Pattani, suggests they that they came from Patan"

At Verawar, the time had come to put the possession on the boat. Kankubai, their sixteen year old daughter; Kassam the eldest son of seventeen and Maanbai, his child bride of fifteen from the Damji family; Ali- Mohamed and Karim, ten and nine; and Shariff, the toddler of two that Prembai carried at her side on her hip, got ready to get on board the boat. Alladin’s sister Phulbai who was married in Veravar had come to say goodbye. So had Motibai, his eldest daughter, who had been married off in the neighboring village of Kodinar and had come with her two toddler sons. Alladin's other sister, Rajbai, had married into the Dadani family and was in Africa. Alladin Giga was supervising the loading of their bundles and chests.

Among other things, Prembai had got her wooden chest of medicines and folk remedies together. She had learned about the remedies from her mother. Boiled black syrups brewed to reduce period pains, mixtures of resins, powdered roots and dried fruits to take after a delivery. Postnatal poultices, pastes for sprains and fractures, tisanes for chest infections, squeezed juices for when babies were squirming with colic - black moosri, white moosri, goond, kankatch, inderjuw, mindiawar, bawar, hurdey, burdey, sonamukhi and some fifty little parcels of other precious herbs, roots, seeds, dried flowers and dried fruits wrapped in pieces of cotton. Prembai had also put together seeds of fruits, vegetables, and herbs that she was going to grow in the new world.

She had also carefully wrapped her gold and silver jewelry and silk bandhanis from Jamnagar, and Alladin's formed and brocaded turban in her collection of possessions. The silk tie-and-dye Jamnagri bandhani in the Kathiawari colors of red, ochre and saffron, with gold thread embroidery, on a ground of brown-black silk, was a part of her trousseau. That and the gold would be needed when the rest of her children reached marriageable age - she was going to make sure that her daughter and sons were married off properly in Africa. Her husband's brocade turban, the pagri, wrapped in cloth, would be brought out on high days and holidays as his ceremonial wear. Brass utensils, a supply of rice, daal, and millet; earthenware jars of mango and lime pickles; pots of turmeric, chillies, cumin, fenugreek, coriander and mustard were put together. Two round slabs of granite that fitted together to make a mill for splitting lentils, grinding spices and making millet flour were tied together in burlap. So was the flat grinding stone with a smooth, long piece of granite rolling pin used for making garlic, ginger and chilli paste and chutneys of mango, coriander and coconut.

Prembai’s two brothers, Virjee and Alibhai Ibrahim Teja had also come to see her off. So had her two sisters, Virbai and Panbai who had come from Korinar to say goodbye. There were people from the Damji family who had come to say goodbye to Maanbai, their daughter. Alladin had said goodbye to his five cousins in Chachhar: Walli Hasham Mohamed Patney; Walli Sidi Gulam, Ali Gulam and Kapoor Gulam Patney; and Nanji Nathu Mohamed Patney whose daughter Sherbanu was in Africa married into the Moolji Nazerali family in a town in the interior called Moshi, under a snow covered mountain. Alladin was assured that he would get help and assistance from the Moolji Nazeralis if he went to Moshi. Alladin's sister Rajbai was in Moshi too, married into the Dadani family. He was also told that there were land grants given by the Germania Sarkar there for a few rupees for a bigha of land. There were banana groves and cool mountain streams flowing through the land there.

When the time came to get on the boat, the keening started. The women threw their arms around one another and cried loudly knowing full well that they were never going to see one another again. There would probably be news by word of mouth on the boats returning from Africa but that was all. Sometimes, there were stories of shipwrecks and boats lost at sea. The men hugged and patted each other on the backs and wiped tears from their eyes with the back of their hands. The family had walked on the gangplank on to the boat and they were now at the gunwale giving a last look at their loved ones. The Kharwa sailors started weighing up the anchor hauling the anchor sheet a length at a time.

Two sailors hoisted the sail up the main mast to the rhythm of the heave-ho song they had broken into...

On the fifth day, they reached Korogwe on the banks of River Ruvu-Pangani, which roared and thundered in a narrow gorge near the settlement. There was already a small mosque in the village where families from Kathiawar with names like Harji, Hirji, Somji, and Virji welcomed the travelers and invited them for food and water.

There were so many things that were strange. The animals, the insects, the plants, and the birds. Even the sky was different. And night noises were different too. There were crickets and frogs croaking but there were the screaming hyenas with their insolent laughter and noises of birds and animals they did not know. For example in Korogwe, where they spent the night at the prayer leader's house, the mukhi's house, in the night they heard an animal crying like a baby and then a hiccup and a thud of something falling on the ground. Maybe a coconut dropped to the ground they thought. But what of the baby crying? In the morning, they asked the mukhi and his wife the mukhiani about the noises.

Oh, those are khomba, little monkey-like animals that come out in the night and cry like babies. They are called bush babies. In the evening, local men climb the top of the palm trees, tap a hole at the head of the tree and hang a calabash to collect the palm juice. In the morning, they go up the tree and bring the calabash down. Fresh palm sap is sweet to drink but it ferments very quickly.

Perhaps you would like to try some, the mukhi said and turning to his older son he said: 'Ey Sadru, take a heller from the box and ask the man to sell you a calabash of neera.

Turning to the newcomers he said:

‘Sometimes the men forget to bring the neera down and it ferments in the pots and turns into tembo. The bush babies love to steal the neera but sometimes it has turned to alcohol so the animal gets drunk and makes noises like a baby crying. Sometimes, it loses its grip and drops to the ground drunk. That's what you heard last night. We are so used to it now that we don't hear the noises anymore.’

'Han, han’, Alladin responded. ‘Of course, we have neera in our land too, you well know. And people drink the fermented tadi to get drunk, you must remember’.

'Han, han. I remember an English visitor to Verawar asked for tadi to drink. He called it toddy’.

The son came back with a calabash of fresh palm juice and they were given little cups of the sweet palm sap to drink. So, it was a strange mixture of the known and the unknown. There were things that were familiar and things that were new. Beyond Korogwe, the land got drier and the earth got redder.

On two sides of the town square, were little shops with open fronts where Indian men sat behind lengths of cotton, blankets, oil cans of sugar and salt, reels of cotton, skeins of twine, farming implements, cans of oil and bottles of medicine. Alladin went to one of these shops and asked where the jamatkhana, the community mosque was. That is where he knew where he would get the whereabouts of his cousins and other people from Chhachhar and Verawar. That is where help and information was. The vines of Kathiawari biradhari spread all the way from Chhachhar to the land of the Chaggas.

The family stayed with Rajbai, Alladin's sister, and her husband Noormohammed Dadani. From the town, the land in the foothills looked lush and fertile. The Wachaggas, people who lived on the foothills of the volcano, tended field of bananas and herds of goats where the cold mountain streams, from the snow of Mount Kilimanjaro, gurgled. There was land available beyond the foothills but there were no bubbling brooks there.

Mulji Nazarali, who was married to Alladin's cousin Sherbanu, took Alladin to the office of the Distriktkommisar the next day, to a square building with three-foot thick walls and a wide verandah and a corrugated tin roof over and open attic where bats and bush babies hung out at night. The thick walls, the open attic, and the wide verandah kept the buildings cool. The German officer showed Alladin his piece of land on the map. Ten acres for a thousand hellers, or ten Indian rupees. The transaction took place in German with a few Kiswahili words. Alladin Giga would have found it difficult to communicate with someone from another part of India, let alone in German and Kiswahili. The cousin-in-law translated for him, mainly with intelligent guesswork and a few words of German and much more Kiswahili that he had learned.

They left the Distriktkommisar with papers signed and stamped in purple ink.