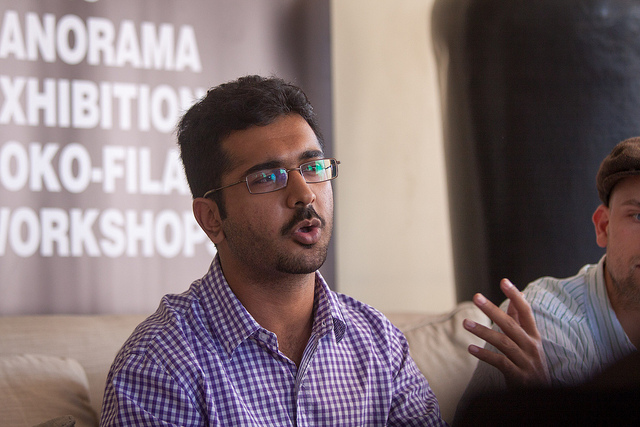 Amil Shivji is a young Tanzanian film maker with four films to his credit.

Amil wrote, produced and directed these films through his own company: Kijiweni Productions.

Set in a busy street of Dar es Salaam, a shoeshine boy offers us a conscious and subconscious perspective of the space and people of his city ranging from the local politician to University students as well as the neighbor tea maker. This short-film is both a social commentary and an artistic depiction of the life, aspirations and perspectives of a working child.

After the passing of her estranged father, Fatima makes an unlikely friend at a hospital, Maria. Bound by pain, Fatima keeps coming back to hear Maria's tale of the T-junction where she found love and loss in a ragtag community.