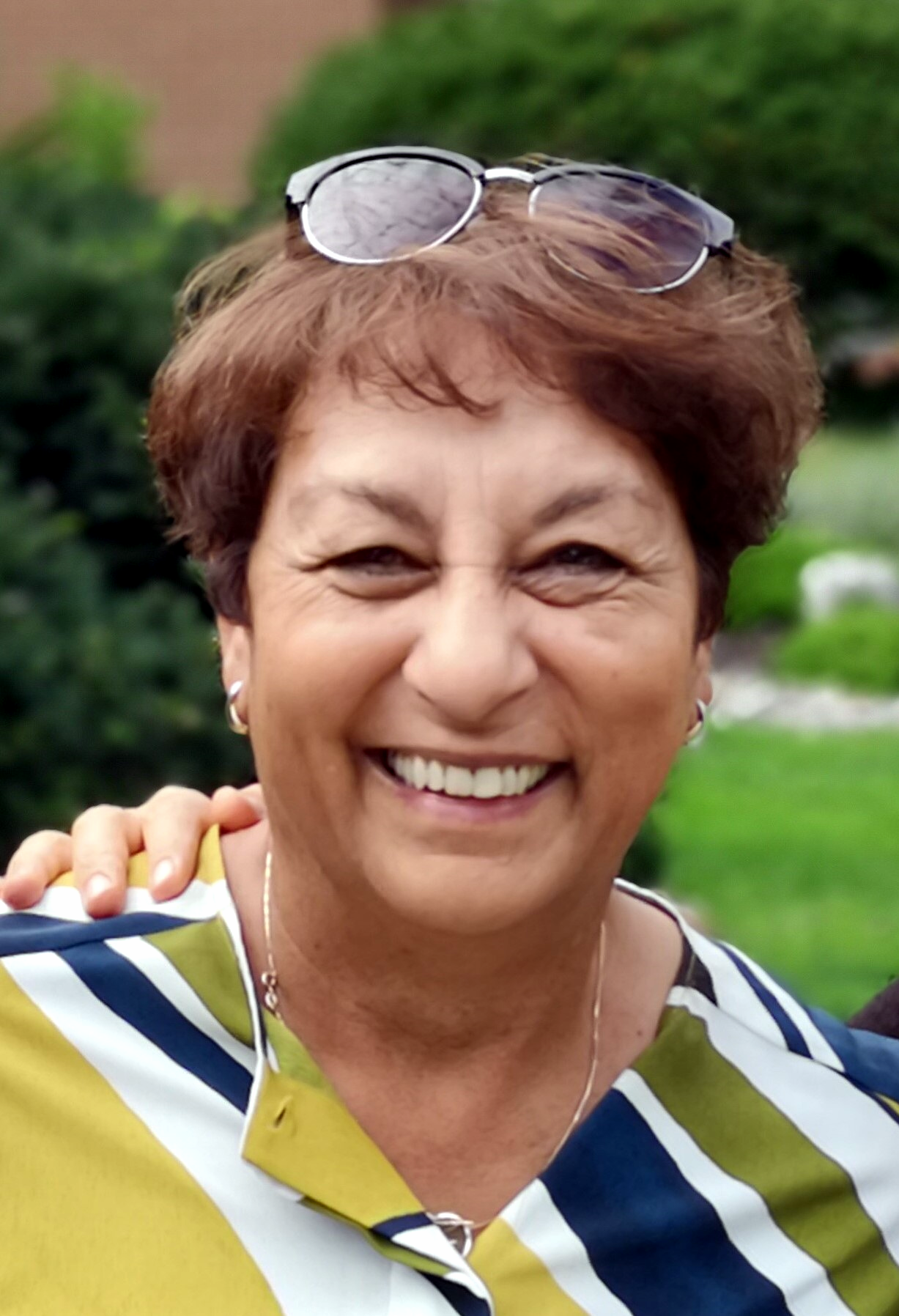 1973: Zera with her children and sisters 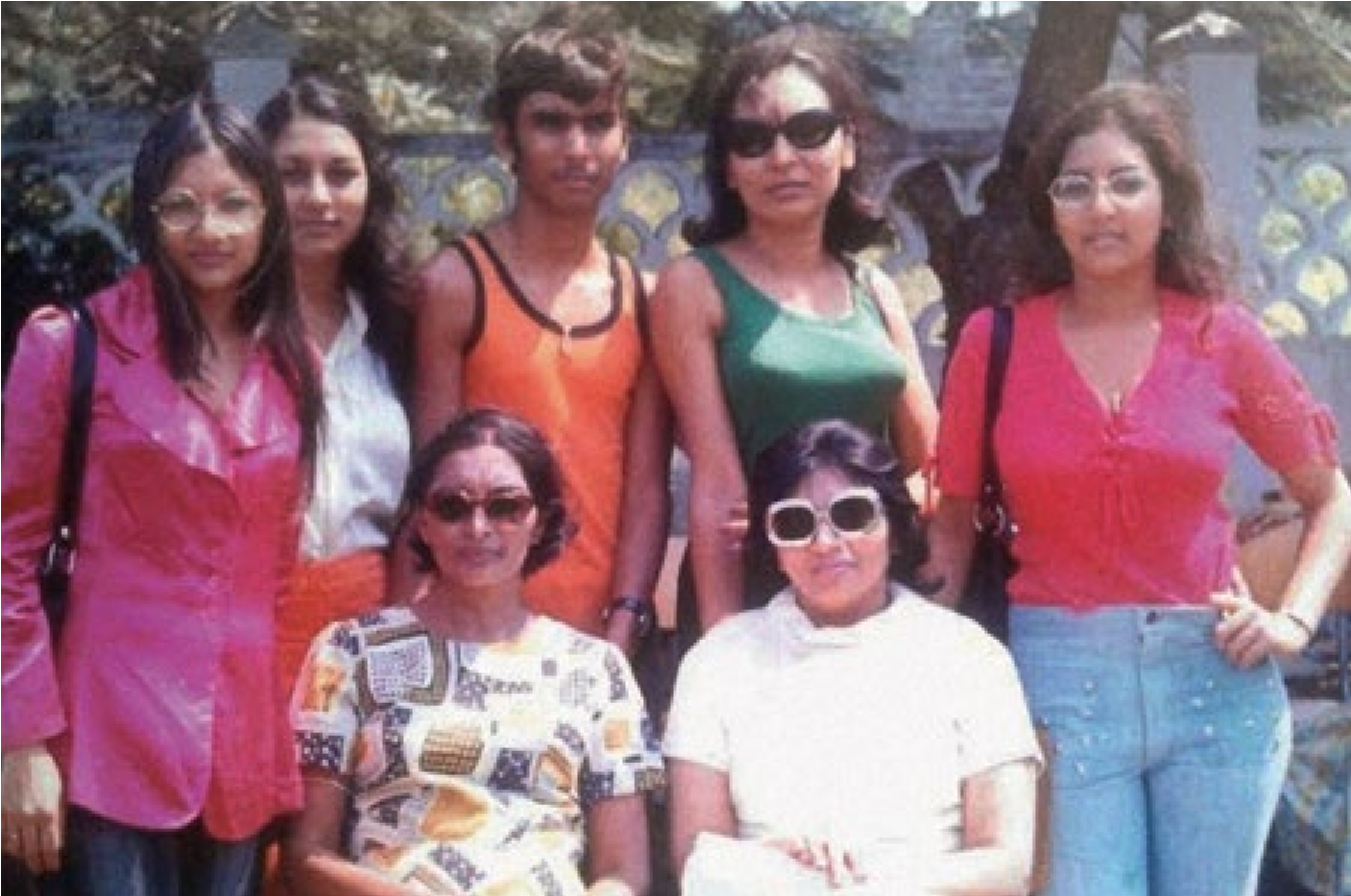 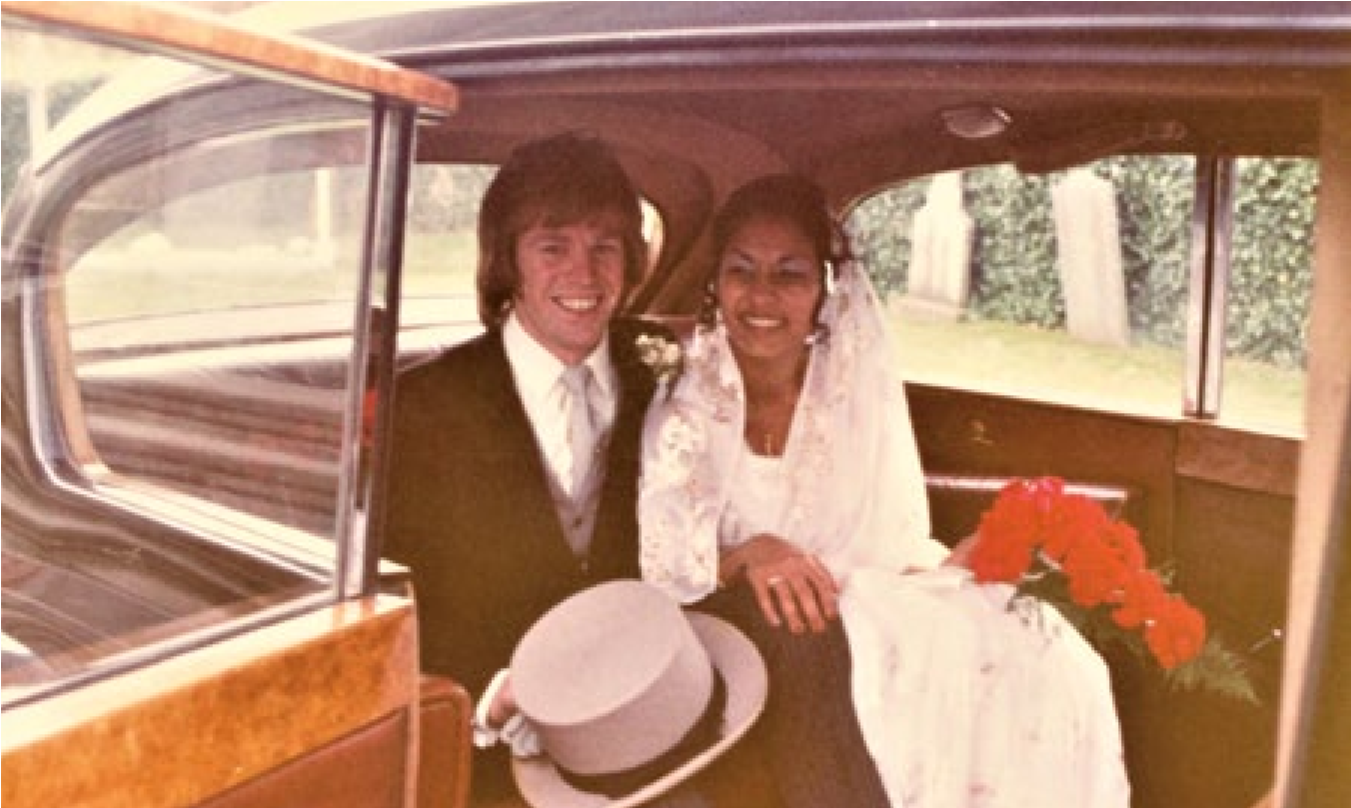 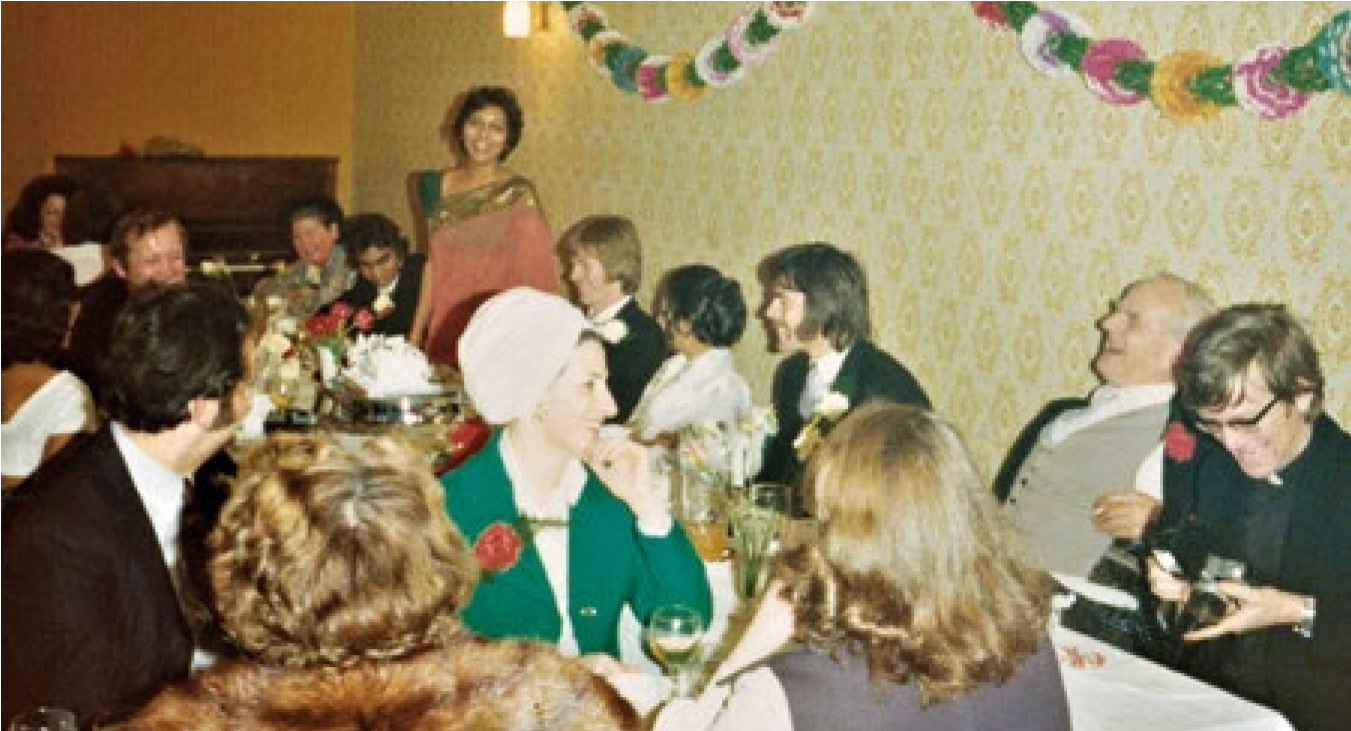 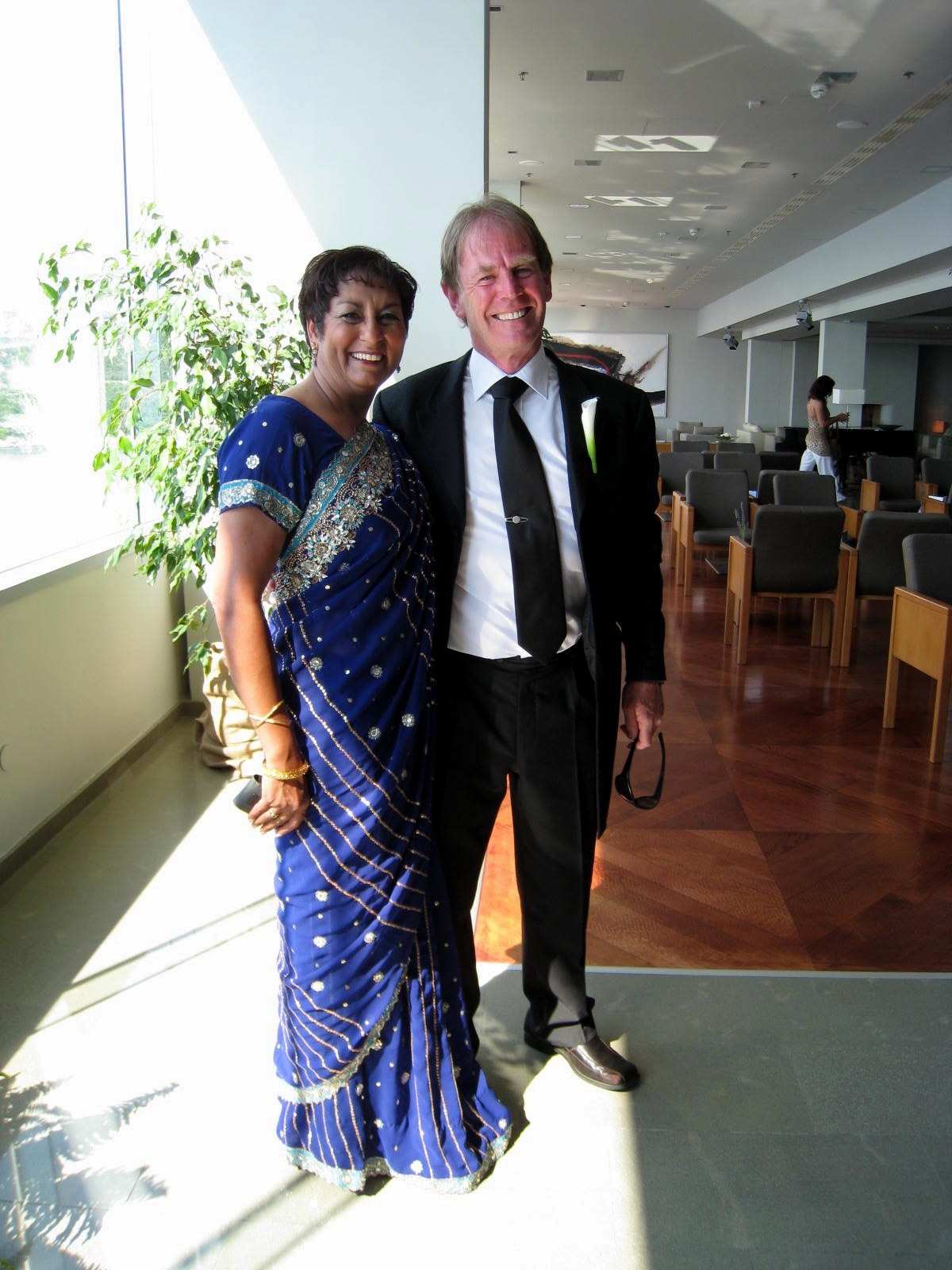 We call her Mina. Mina was born in Tanga on February 18th, 1953, four years after me. She was born in a modern German built hospital called the Bombo hospital in Raskazone. Growing up, she was a happy-go-lucky kid very attached to Mummy. For Mummy she was her baby. She did her primary and secondary schooling in Tanga. In 1969, she went to Dar-es-Salaam to do her post-secondary education for almost two years. After having completed that, she left for Dublin, Ireland to do accountancy at Trinity College. I had visited her a few times in Dublin since I was close by.

In Dublin, she met an Irish guy by the name of Pat Desmond. Are you surprised? They got married in January 1975 in a beautiful church. Fortunately, all of us were able to make it to her wedding.

Life got busy for Mina after that. They were gifted with four wonderful children. Their first-born child Daniel in 1975, Fredrick in 1978, Zarina in 1980 and Nashila in 1984. While raising her kids, Mina worked from home as an accountant.

My life in Tanga

I enjoyed my life in Tanga. I spent a lot of time outdoors playing marbles, climbing trees, playing badminton with friends. I even took ballet classes with Mrs. Dunbar and participated in a concert at the end of the year.

I loved being a girl guide, always keen on doing all the tasks and collecting badges. I have fond memories of going to Dar-es-salaam for a Jamboree where the girl guides from all over Tanzania got together. We had put up tents and cooked our own food on barbecues. In the evenings, we sang songs around a bonfire. Good times.

I had some exciting moments in school. I was 10 years old and in primary school when, one afternoon at 2 p.m., there was complete darkness. We all ran outside. It was a solar eclipse which lasted for about 30 minutes. After that incident, there was not much learning done for the rest of the afternoon.

The other exciting moment I remember was when I was 11 years old. I was in class when everything started to shake. It was an earthquake and quite a tremor. Felt weird to see cracks appearing by the roadside. Mummy came to pick me up. Going to JK was fun but if Mummy did not go to Khane, I would not go either and loved staying home with her. That was our special time together. When Papa got back from his European tour, he had brought me back a beautiful yellow dress which I loved wearing at the next Khushiali. I was proud as punch sitting in the front row with my beautiful dress.

One time, Mummy asked me to mind our sick dog who had had surgery while Mummy and papa went to JK. I found the dog lying under the wall light, so I decided to cover the light with the curtain to protect him. Not a good idea! The heat from the light burnt a hole in the curtain. Lucky, not a fire. Phew! I did my secondary school at popatlal School. There I played grass hockey and participated in drama. The teachers were great, mostly from Goa. At the end of the final year, they had organized two school tours.

I went to them both. It cost 500 Shillings. The first one was an East African tour by bus. We were around thirty of us. We had our own cook and stayed in hostels. We went to Dar-esSalaam, Arusha where we visited a brewery, went to Nakuru near the Equator, and then on to lake Nakuru which is 3 km from the town. The lake’s abundance of algae attracts a vast quantity of flamingos that lines the shore.

We then drove on to Mwanza and Musoma and visited Tanzania Brewery where the Kilimanjaro Beer is brewed. The next stop was Kampala where my dadabapa and dadima lived. I had never been there before. I just walked up to their house and found Maa sitting on the veranda. She was so happy and surprised to see me and so was I. We then went on to Jinja where we visited Madhwani Sugar factory and then to Murchinson Falls and Lake Victoria and then back home via Singida. What a trip! A whole month with my classmates of ’69, unforgettable! We all still keep in touch.

Our second tour was a safari to Lake Manyara and Ngorongoro Crater. It was fun even though I had already been there before.

I left Tanga in 1969 to go to an Aga Khan Hostel in Dar-es-Salaam called Mizizma School, with my friend Shahida. There were girls from all over Tanzania. I made lots of friends and we had a typical hostel life with friends.

I left Dar-es-Salaam in September 1971, and in October, left the idyllic life in Tanga to begin the next chapter of my life in Dublin.

my dad worked in Motor Mart, as manager in the work shop

my mother ran a business

we also had dealership of Baring biscuits

Ferial my eldest sister is now in the Seychelles

my next elder sister Naznin is a lactation consultant in Montreal

my younger brother Aziz, runs a dental clinic with his wife Gulnar, in Edmonton

my uncle, dad’s brother, nicknamed “Oof”, who lived with us for a while in Tanga is now in Calgary