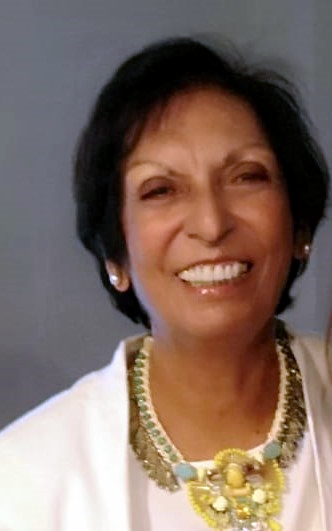 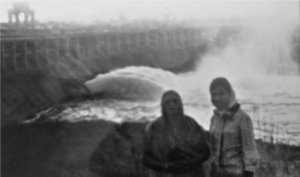 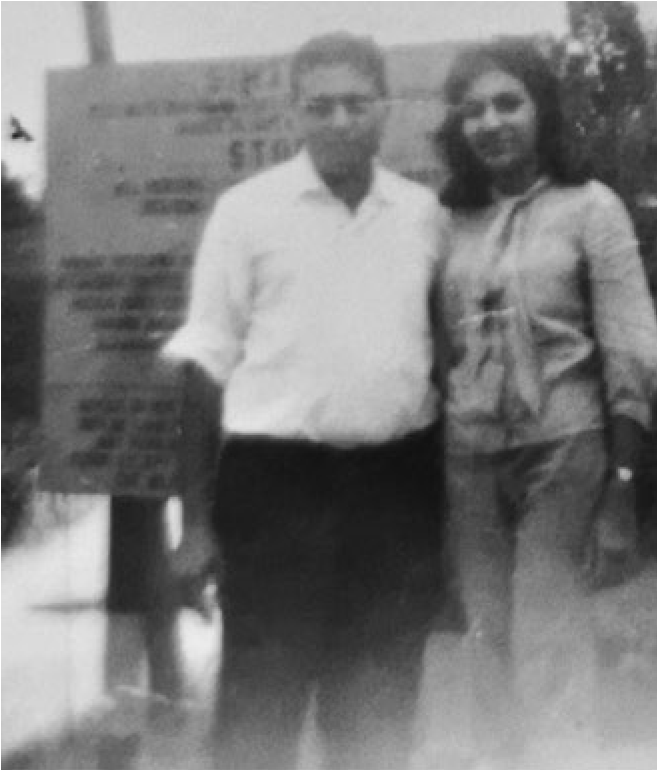 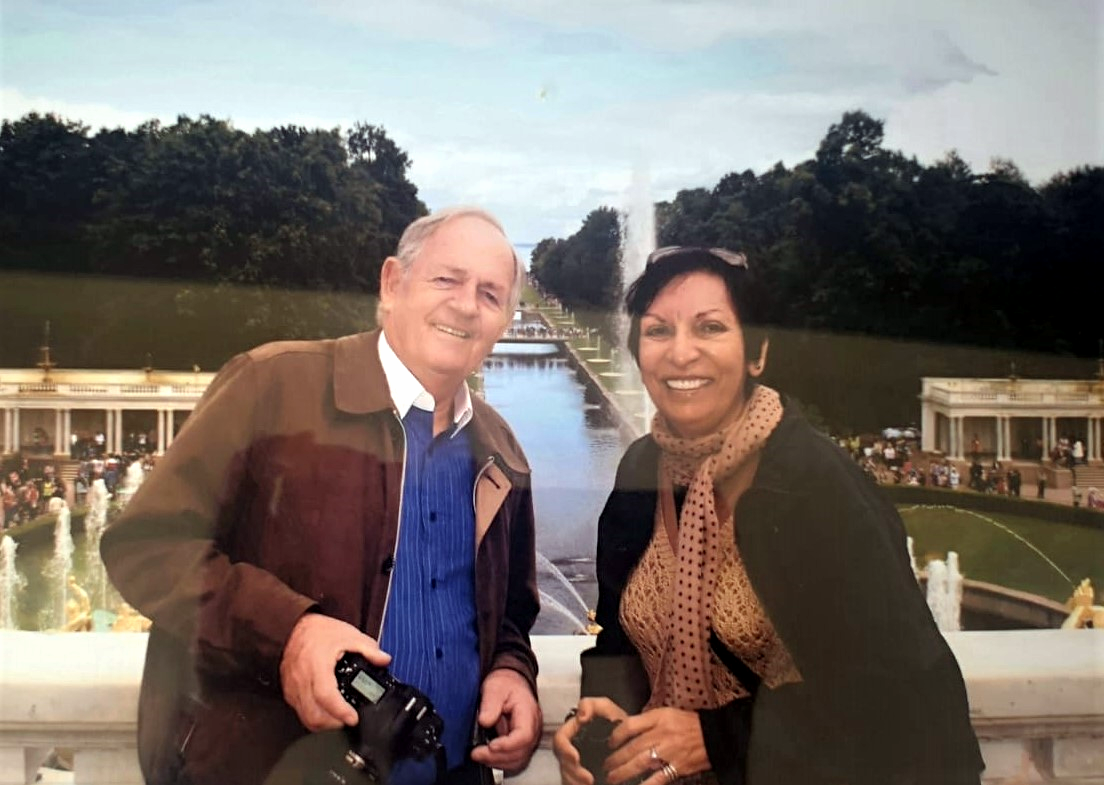 Ferial we call her Feri. She was born in Mombasa, Kenya. There is two years age difference between Feri and me. When she was a year old, Mummy and papa moved to Mogadishu where I was born.

We all then moved to Tanga when I was about a year old and Feri was three. Feri did all her schooling in Tanga. After having completed her schooling, she decided to do a secretarial course in Nairobi, Kenya. She then returned to Tanga and got a job immediately at East African Airways as a personal secretary to the station manager in the town office. She used to wear a brown uniform with a hat for work just like the air hostesses and looked very smart and professional. At home, because she was the eldest, she had some privileges. She had a room to herself. In her room there was a wardrobe full of clothes or it seemed full at the time for me. When she was not there, I used to sneak in her room and try out some of her clothes and did a bit of a fashion show in front of a mirror. She never knew that of course. Please! Don’t tell her!

Feri had lots of friends and was popular with boys. She had an interest in languages and was taking French lessons in Tanga. In 1969 she left Tanga for Lausanne, Switzerland to learn French. During her summer holidays, she worked as a companion to two young children ages nine and six, to pay for her tuition. She thoroughly enjoyed the job.

In 1974, she went to East Africa and while she was in Mombasa, she met a German guy by the name of Fred Janker who was in a hotel business there. He subsequently sold his business and moved to Munich. They stayed connected. The year after, Feri moved to Munich, and they got married in 1976.

Year was 1963. I was 16 years old and had just completed my O levels in December and I was on holidays in Kisumu. Badrumama was there as well and he was going back to Bujumbura after his visit to Kisumu and asked Maa and me to accompany him.

On that first day drive, late in the evening we reached a small village where there was an Ismaili family living. They had a small duka selling miscellaneous commodities. They asked us to have supper with them. By the time we finished, it was beginning to get dark, and the paraffin lanterns came out. They had no electricity. After the meal, we continued our way. The roads got rough, and it was pitch dark by then. We arrived at the border gate. Nobody to be seen around to open the gate. Badrumama took a torch, said we should stay in the car, keep the windows closed, and he would walk further along the road to see if he can find somebody. Pitch dark, African sounds of insects and what else?!! Are there any animals around? Maa and I were so frightened for Badrumama. Maa took out her tasbi and started praying and saying “pisha pisha”. How long was Badrumama gone? After what seemed like an eternity, we saw torch lights. What a relief! Badrumama came back with the border guard who opened the gate. And we continued with the journey, drove for some time, and suddenly middle of the dusty narrow road there was a huge hole. So Badrumama again got out of the car to have a proper look. No way of passing through. So, he went in the bush to look for logs, found something which he laid across and we crossed. Maa’s tasbi was in full use again!

The stay in Bujumbura was lovely. Badru and Sultanmama had a huge sprawling house, painted all white outside. Both the mamis were with them. They had a soap factory on the premises. There was a JK as well. In the evening, after dinner, Sultanmama and Mami would go for a drive. Sometimes, Motimami, Maa and I would accompany them. Badrumama would be doing paperwork and accounts. Bai with family lived there as well. They had a shop. Karim was just born; he was 2 or 3 months old. Sometimes we would visit them or vice versa.

The highlight of my stay in Bujumbura were the shops selling lovely clothes and shoes imported from Europe, mostly France and Belgium. What a delight to buy two lovely pairs of shoes and ready-made clothes off the hanger. In Tanga, not having seen such shops and having our clothes made by Zuze, the Goan tailor.

Our return journey was with Sultanmama driving. He had had a dislocated shoulder a few days before and was in pain, but that did not deter him from undertaking the journey back. Those were my adventurous times with them.