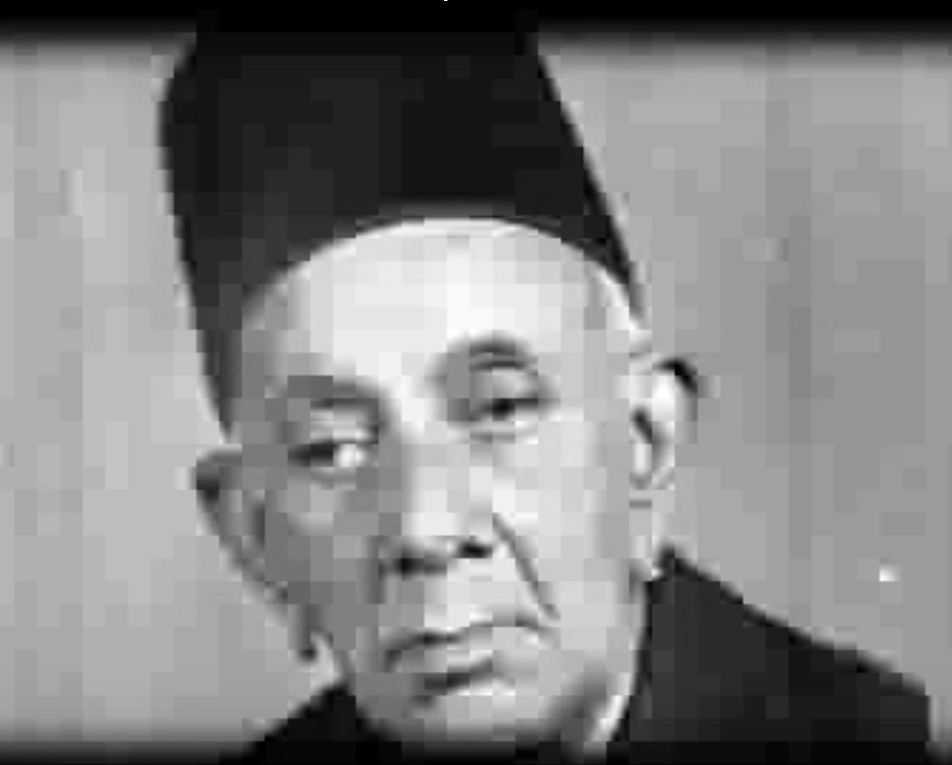 Fazal Walli Nathu (also known by his poetic name “Dilgir" which is a Persian word meaning "Conqueror of the Heart") was born in Zanzibar on 8th April 1874,during the reign of Sultan Said Barghash, Sultan of Zanzibar.

His father, Walli Nathu had migrated from India with A. Datoo in 1860.

By profession, he was a gem expert, a musicologist and an entrepreneur.

However, since childhood, Fazalbhai had a passion for writing poetry and it is said that at age seven, he wrote his first poem in praise of PIR SHAH KALLIALLAH, the elder brother of the Ismaili Imam, Sir Sultan Mohamed Shah, Agakhan III and that he recited this poem in Mumbai in the presence of the Pir.

Fazalbhai had a melodious voice and played the upright harmonium and the violin. He was fluent in many languages, wrote poems in Urdu, Hindi, Gujarati, Cutchi/Sindhi, Swahili and Arabic.

He was also very close to the Sultans of Zanzibar, who bought their jewellery from him and often called upon him to compose poetry for them.

In 1922, Fazalbhai composed a poem in honour the Imam and in 1925, when it announced the Imam was going to visit Zanzibar, the Government requested Fazalbhai to train the local band so that the poem could be played as a salute or Anthem, at the Zanzibar port, where the Imam was to be received with military honours. Sultan Said Khalifa was sent the message of the arrival.

The Salute was played for the first time in the presence of the Imam as soon as he set foot on the soil of Zanzibar and when Fazalbhai was officially introduced as the writer and composer, the Imam greeted Fazalbhai with extreme delight Although the Imam understood and spoke Urdu, he requested the wordings be translated into English and then immediately declared it as the official Anthem of the Ismaili Community.

Some prominent leaders from India including Vazier Rahim Basaria, Kamadia Kassamali Hassanali Javeri and Hussainali K. K. Javeri, who had come to Zanzibar, were also very much impressed and the Imam ordered these leaders for the Salaami/Salute to be played all over the world.

Photo courtesy of our colleague, Zahir Dhalla (whose Dadima's Bapa Ali, is #17 in the photo, and whose Dadima, Sakarbai is #16)

On his next visit to East Africa in 1926, the Imam bestowed the title of POET (Kavi) on Fazalbhai and he was known thereafter as Kavi Dilgir. In Swahili, he was known as Bwana Dilgir (Mr Dilgir).

Kavi Dilgir authored a book of poetry called GULLISTAN-E-MOHAMED/GULLISTAN-E-ISLAM, which was published in Mumbai in 1934 and comprised of his Gazals and Qawwalis.

Fazalbhai was married to Fatma, daughter of Vazier Mohomed Saleh Kanji and they had one son, Gulamhussein Fazal Walli Nathoo.

Kavi Dilgir lived to see eight grandchildren and ten great-grandchildren. All his progeny are gifted with music.

In 1957, due to ill health and old age, Fazalbhai left Zanzibar permanently to live with his son in Mombasa and passed in 1960.

For more than a half-century, the Salaami/Salute has been played throughout the Ismaili world but long before he died, Fazalbhai confided in Missionary Abually Alibhai, that some people had, unintentionally, changed some of the words. For example, he said, that people were saying "tum chi shaan" instead of "tum Zishaan". 'Tum chi' in Marathi and it means 'your' or 'of you' in feminine gender; and 'Zishaan' is Persian and it means 'glorified'.

He also mentioned that some Ismailis did not understand the word 'Hassnain' (which stands for Imam Hassan and Imam Hussain together) and assuming that it was a mistake, they changed it to 'Hassan Hussein'. Unfortunately, this altered the musical notation and also disturbed the rhyme poetically.

According to Missionary Abaually, the original words of the Salaami are:

O Aga Khan, you are from the Noor of the Prophet of Allah,
O Sultan Mohammed Shah, you are the Lord of the Age.

You are the Beloved of the Remover of Difficulties,
And Light of the eyes of the Lady of Paradise.

And the Supporter of Hassnain,
Your Family is Divine.

You are the Crown of the Punjtan;
Your kingdom is perpetual;

May you live for ever Glorified.
Your followers are your slaves;

With bowed heads, they wish you:
PEACE BE UPON YOU

"Born in Zanzibar in 1874, during the reign of Seyyid Barghash, my grand-father, Fazal Valli Nathu, known as Kavi Dilgir, was a gemologist, a musicologist and the original composer of the Ismaili Anthem, Noor e Rasulillah of which the original melody is in Arabic tune. He had a melodious voice, and he played upright Harmonium and Violin (Fiddle).

Kavi Dilgir, was fluent in many languages, wrote poems in Urdu, Hindi, Gujarati, Swahili and Arabic."