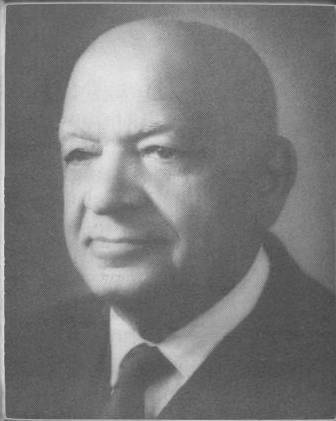 Hassan Kassim Lakha, known as Hassan was born in Lamu in 1892. His father employed a Hindu teacher, called Raval, a Brahmin from Zanzibar, and brought him to Lamu to teach reading and writing to the children. The secular education did not go beyond 3rd or 4th Standard. They also attended the local madressa to learn Holy Koran, and the Ismaili Religious School, where they learned the ginans.

In 1898, his father moved from Lamu to Mombasa. But it was only for a few years, for in 1903, soon after the railway line reached Kisumu, Hassan Kassim Lakha moved to Kisumu with his family. His sons joined the firm of Varas Alidina Visram.

In 1907, Hassan, although he was only 15 years old, was recruited by an English firm, called Bousted & Clark Ltd., and taken to Jinja. Hassan left Bousted & Clark Ltd. in 1915 and expanded the family business by going in cotton business. By 1918, his family had ginneries at Mbale, Kwapa and Butiru.

As a businessman, he was engaged in many diffrent activities. Together with his brothers, he founded extensive business and industrial interests in projects, such as a hotel chain in Uganda, coffee curing works, coffee plantations, hides and skins and sisal. In Kenya, he was one of the early pioneers in cotton ginning and was the founding Chairman of the Oceanic Hotel Group of Companies in Mombasa.

With [[Abdullah Hashim Gangji]], he pioneered the jute interest of the community in Bangladesh.

Hassan K. Lakha played key role in the construction of the new Jamatkhana, whose foundation stone was laid by H.H. Alshop, the District Officer on December 22, 1933 in presence of 500 guests.

On June 16, 1937, Mr. Fraser, the President of the Chamber of Commerce for Uganda performed an opening ceremony of the new building of the Merchant Bank of Uganda Ltd. with Hassan Kassim Lakha in Kampala.

Hassan Kassim Lakha had a most colorful life. His community services were diverse and distinguished.

He was also a Director of the Diamond Jubilee Investment Trust Ltd., and Jubilee Insurance Co. Ltd.

Hassan Kassim Lakha was one of the trustees of the East African Muslim Welfare Society since 1945. His material and financial cooperation to the cause of Islam were inestimable. He went to West Africa in the Society's goodwill mission in 1954 at his own expenses. He also initiated several welfare projects for the Muslims in East Africa. Innumerable schools, social halls, community institutions and clock towers bear testimony of his generosity..

He spent almost 20 years of his eventful life in Mombasa, where he died in 1982 at the age of 90 years and left behind his widow and ten daughters.

Photos Courtesy of Shaukat A. Jaffer of Minnesota