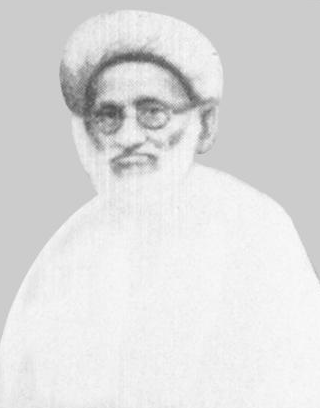 Laljibhai Devraj was a major factor in the Khoja expansion to Bombay in the 1800s.

Lalji was brought over to Bombay when he was an infant and to the loss of his mother in 1844, he was brought up by dhai-maa, a nurse who fed him her milk.

He only learnt Gujrati up to grade four and was unlettered in English.

Between 1860 and 1863, he traveled to Hong Kong, Canton, Shanghai, and China to gain experience in business. He opened his small shop of umbrella in 1864 at Kalbadevi in Bombay. Later, he was focused on glassware and kerosene and obtained agencies in British India. He became a leading glassware merchant and commission agent. He also made his business trips to the Middle East, Gulf and Iran. He also extended his business field in Goa, Margao, and Mapasa in 1884.

In 1882, when the population of India was about 200 million, the number of school-going children was hardly 300 lakh. The Municipal Corporation of Bombay afforded only 1.17% of funds to education from its revenue. With the help of Rahimtullah Muhammad Sayani (1847-1902), a Khoja Ismaili School was set up in 1882 in the city of Bombay. Two Hindu teachers taught 50 to 60 students. This school marked a small but veritable beginning of a renaissance in the Indian community. Later on, Kamadia Ismail Kassimani (1853-1909) founded His Highness the Aga Khan Anglo Vernacular School in the hall of the Khadak Jamatkhana. It was opened on August 26, 1901, providing education starting from the Kindergarten level. An education committee of two persons, Mukhi Laljibhai Devraj and Nainsibhai Pir Muhammad Ruwala (1852-1924) to promote religious and secular education. Soon afterwards, Master Hashim Bogha (1863-1912) also joined the committee.

Laljibhai Devraj resolved to focus his energy on the educational field, therefore, he confided his business to his sons in 1901 and centered his attention on the noble cause. He gathered more than 500 students in the school within a period of two years. He also raised His Highness The Aga Khan Girls School at Khadak, Bombay, where 11 teachers taught 300 girls. It must be noted that a Khoja Ismaili girl, Gulbanu Ismail Jan Muhammad, who was the first Muslim girl in Bombay to pass Matriculation in 1904, acquired her formal education in this school.

A committee “Utejak Mandal”, whose mandate focused on propagation of the importance of literature. The library rented a big room in a residential place in order to host a collection of over 500 books. It also published two periodicals, viz. Ismaili Sitaro, the first monthly journal, whose first issue came out on Sunday, August 21, 1908, followed by The Khoja Mitr. For financing these papers, he also formed the Ismaili Hidayat Funds, in which he shared a handsome contribution.

Laljibhai Devraj formed a Text-Book Committee to provide textbooks to students. Master Hashim Bogha and Manji Ghulam Hussain assisted him in his initiative. Master Hashim Bogha published “Ragmala” in 1906 to enable the students to learn the raga of the ginans. In the interim, he made a collection of religious books and raised a small library inside his printing press in 1914 to permit Ismailis to have free access to the available literature.

Mukhi Laljibhai also established a Banu Shala (Ladies Industrial Home) in the compound of the Darkhana Jamatkhana, where the Ismaili girls were given basic training of sewing, embroidery works and cooking. About 12 formed tutors were employed to train 300 girls.

He also financed other schools in Kandi Mola, and spread his yeoman services in other parts of India. It became a significant feature of his career to assist the Ismaili schools irrespective of reward or fame. Later on, these schools came to be supervised under the newly formed institution, called The Khoja Ismaili Education Board in 1922.

He launched a campaign in Sind, Kathiawar, Gujrat and Kutchh and collected a bulk of old manuscripts. Most of the Ismailis willingly delivered him their collections, some sold them to him, and others gave them to him on the word that he would return them. For about six months, he employed few scribes to make copies of the ginans and farmans in Khojki script and then distributed them among the Ismailis. When the demand increased, he started a litho print to supply more copies. When the demand increased further more, he made up his mind to prepare the Khojki types for printing purpose. He travelled throughout India, but none could design the Khojki font type. Meanwhile, he read in the newspapers that there existed a facility in Hamburg, Germany capable of preparing the printing types of any script.

He visited Germany in 1903 for a period of three months and succeeded to prepare the Khojki types for the first time. He returned and established the Khoja Sindhi Printing Press on June 27, 1903 at Palkhi Mola, Bombay. It boosted his courage when the Imam stressed upon publishing religious books in Khojki. He mobilized his capital in the project. The Satveni was the first publication of the press.

The Khoja Ghulam Hussain Press, operated by Alauddin Ghulam Hussain (1858-1914) and his son Hussain since 1880, published the ginans and farmans into litho print. These books were so costly that all the Ismailis could not afford them. The advent of the Khoja Sindhi Printing Press had a major impact on the literary field. With his hard exertion and firm determination, the Ismailis could afford the publications at a lower cost. He continued to print the religious literature into Khojki for 17 years. The Khoja Sindhi Printing Press was a boon and basic brick of the Khoja Ismaili literature. It paved a way in the growth of journalism within the community. Suffice it to say that it gave a new drift to the Khoja Ismaili journalism.

The Khoja Ismailis are indebted to him for publishing the ginans before it decayed. It ensues from his editions that he did not indicate the criteria he had followed to edit the ginanic literature. When he noticed its adverse reactions, he made an advertisement in the “Ismailis Satpanth Prakash” (Bombay, April 12, 1918), which reads: “We hereby appeal with due respect to the missionaries, devouts and the persons, well rooted in the study of the ginans that the ginans lying in our press have been copied from the accessible hand written manuscripts. We make an appeal to bring to our notice with evidences the errors and shortcomings in the ginans we have brought forth after a labour of seventeen years. We will make amendments in the new editions provided we had truly committed mistakes. We have however copied in two to three editions, and none among the community has yet raised an objection for any alteration, which is an ample evidence of the dauntlessness of our publications. Nevertheless, the reason to make an appeal is to make ourselves free from committing errors, and it is the duty of the scholars of the ginans to respond to our appeal.” He seems to have become victim in modern critics.

The library also organized essays and lecture competitions. The winners were awarded prizes and their names published in the Ismaili periodicals. His name was undoubtedly immortalized as the real founder of the Ismaili journalism in India. He also became a patron of Ismaili Literature Society in Bombay in 1910.

In 1915, he also started "Ismaili Satpanth Prakash", whose editor was V.N. Hooda and Harjibhai Poonja, but discontinued in the year 1927.

He was the President of The Ismailia Sahitya Utejak Mandal, Bombay and extended his inestimable services. He however resigned from the post on February 19, 1918 by virtue of his old age. The monthly Ismaili Satpanth Prakash continued to be published for seven years in Ahmedabad. When he retired on February 19, 1918, the publication of Ismaili Satpanth Prakash came under the Ismailia Sahitiya Prakash Society..