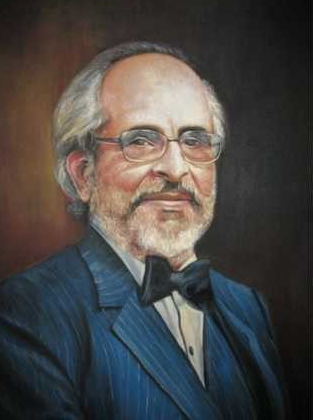 being all companies quoted on the Karachi Stock Exchange.

Mr. Maqbool H. H. Rahimtoola has been on the Board of Directors’ of both Pakistani and Multinational Companies quoted on the Karachi Stock Exchange for many years, across industries such as pharmaceuticals, packaging, finance, textiles, paint, sugar, construction materials and industrial development.

In addition to his business background, Mr. Rahimtoola has also been a Technocrat Caretaker Federal Minister for Commerce & of The Textile Industry in 2013, He was Technocrat Minister in the Caretaker Government of Sindh during 1996-7, for 11 Ministries simultaneously, and has served as Chairman of several Public Sector organizations and Multinational in Pakistan.

Over the years, Mr. Rahimtoola has been on many Committees of the Chambers of Commerce & Industry, Karachi, FPCCI, the Standards Institute of Pakistan and the Board of Investment (GOP). Mr. Rahimtoola is a Member of the Petroleum Institute of Pakistan, was Leader of the Pakistan Business Delegation to the United Nations on occasions such as the UNCTAD/GATT Seminar in Hong Kong and was the Pakistan Representative to UNIDO/GATT World Packaging Conference. He alsoreceived the International Trophy for Technology in Germany and received The Achievement Award in 2004 from the Overseas Graduates of Pakistan Club. He led the Pakistan Delegation to AIMS Conference in Dubai, 2013.

In his spare time, he has enjoyed nurturing cross cultural associations and has been Secretary General of the Pakistan Japan Cultural Association and the Pak-France Business Alliance and a Member of the Pak-Belgium Business Forum. He is also a former President of Drigh Road Lions Club. He also lectured at the Air War College on Strategic Planning for Energy, and was Pro Chancellor of the Pakistan Fashion & Design Institute and Chairman of The Trade Development Authority of Pakistan Maqbool H. H. Rahimtoola is on the Board of Director of several companies quoted on the Karachi Stock Exchange He is Chairman Berger Paints Pakistan Limited, Chairman Mirpurkhas Sugar Mills Limited, Director Dadex Eternit Limited. He is the Managing Director of Bandenawaz (Pvt) Limited (Est 1958).