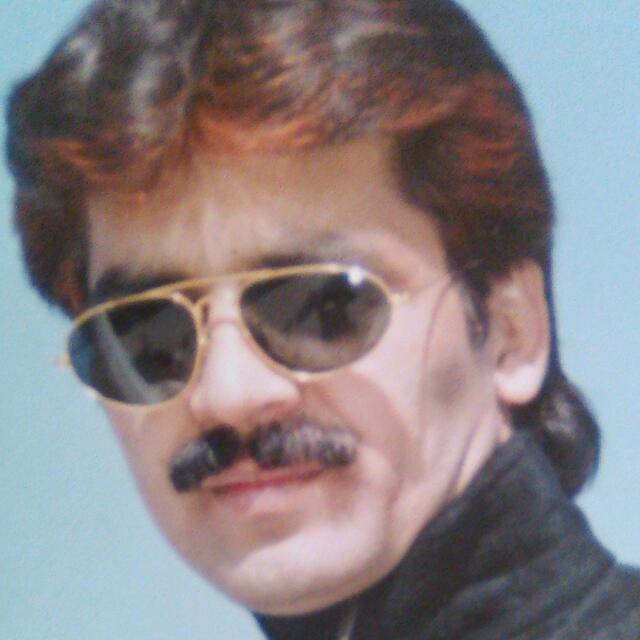 These days, Mehboob Madhavjee Jessani is a well-known videographer & media personality in Jamnagar, Kathiawar, professionally recognized as "Raju Jinny", a former singer and music impresario, who wrote and recited his shayari (poetry).

From his outward appearance of a street savvy movie star “hero” (he wears fashionable shades and rides a two-wheeler swiftly through the hectic Jamnagar traffic), you would never know that Mehboob is functionally illiterate, having spent only two days of his life in a formal school. How he got to where he is is a story of an unrelenting personal struggle to improve his lot in life and is worthy of the history records of the Khoja entrepreneurial spirit.

Mehboob's father, Madhavjee Jessani was a peasant farmer growing juwar (sorghum), bajar (millet) and groundnuts, and selling them locally in Dodhiya, (Dhodia), one of villages of the Navgham area in Jamnagar District, where many Khojas had settled centuries earlier following their migration from Kutch. Life was very hard for the Jessanis with few opportunities for progress.

In 1953, a rich Jamnagar merchant and a prominent member of the Khoja Ismaili jamaat, Waras Chagganbhai Badlawara offered Madhavjee bhai a one room chuna (whitewalled) thatched roof house at the Pir Ji Vaari, the historical Khoja kabarastan (cemetery) and dharamsala (charity house) in Jamnagar city in exchange for his menial labour in maintaining the large jamaati trust property.

To sustain themselves, the Jessanis' grew vegetables and kept a bhenss (bullock) in the vaari and as far as he can remember (from the age of 5), Mehboob sold vegetables on the street in front of the dharamsala. When he was a little older, he would sell “sing daria” (roasted nuts) from a rekri (vending cart). Still later, he sold little trinkets called ”balbus” made by the local “Vagri” nomadic population. By age 15, he was old enough to assist his father by milking and taking the bhenss to feed in the countryside.

As soon as he could, Mehboob had to start adult work in a brass factory making household items for 3 rupees at day. But by now, his entrepreneurial spirit was fired up and he soon started his own home business, making small electrical items which made him a handsome 36 rupees a day.

When he got still older, he started selling ready-made clothes and then took a course in ladies dressmaking, managing to pay the substantial fee of 1,200 rupees. Since he could not read or write, Mehboob learned to sew from pictures.

In 1990, his sister bought a store on a major road in Jamnagar and Mehboob became famous as “Raju Jinny” for making dresses for local dignitaries (Right-Raju with the Jamsaheb, traditional ruler of Jamnagar). The store grew to ten sewing machines, which were worked on by his brother, nephews and nieces. To this day, Raju still sews.

But his first love was singing filmy songs and Raju had a special talent - he could sing in both male and female voices and do a duet in the famous voices of Lata Mangeskar and Mohamed Rafi. This became his unique marketing pitch as his clients did not have to hire two singers for private parties and weddings.

Life was good but but his “kasoti” (trial) was still to come - Raju fell ill and lost his singing voice completely. For anyone else, it would be the end of the road in entertainment, but not Raju...he would not give up on showmanship and soon evolved into a professional master of ceremonies (MC) peppering his audience with own shayari, tuchkas (anecdotes) and jokes at the shows.

His love of the entertainment industry took him to Kinshasa, where he once promoted a full-scale musical performance. (he laments that, unfortunately, he could not compete with the other better funded entrepreneurs.)

He was successful enough to plan a family and married Najma Sadrubhai Jinlani, who was from town of Kanalus, also from the Navgham area.

Right: Mehboob Jessani with his family

When he was 30 years of age, Raju taught himself another trade - photography and established a new business taking professional photos at weddings, corporate events etc.

A few years ago, Raju moved into professional videography and now takes wedding, business and press assignments, where he also is the video reporter.

Raju sometimes also works with the Bollywood film industry in making promotional videos and other materials.

Raju has two beautiful daughters both of whom work with him in the family photography business. His eldest, Mehzabin was recently honoured in Jamnagar as a successful photographer herself.

When asked, Raju says his motto is “Never Fear Failure”.

This positive attitude just one of the many traits of this remarkable individual.

Left: Raju on an assignment.