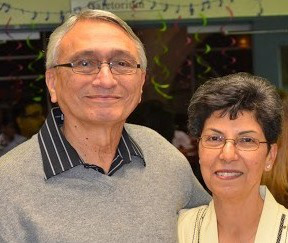 First Steps in the Migration of Tanzanian Ismailis to Canada

In April of 1971, the Tanzanian Government as part of its policy of African socialism pursuant to the Arusha Declaration, announced the nationalization of Banks, Insurance Companies, major business enterprises, farms, and even schools. The announcement that the government had also nationalized homes and other buildings was particularly worrisome. The list of nationalized buildings started appearing in the Tanzanian daily, The Standard (later the Daily News) on a regular basis. The initial list also included the newly opened IPS building, which had been opened months earlier by President Nyerere in the presence of His Highness the Aga Khan. A retraction statement was issued a few days later stating that the building would not be affected. In addition, a deadline also was established for everyone who had foreign assets to declare such assets and to repatriate liquid assets to Tanzania.

It was the extent of nationalization, especially the take-over of homes and buildings that caused panic in the Asian community. Ismailis were particularly concerned as most of them adopted Tanzanian citizenship after the country, then Tanganyika, became independent in 1961.

The Aga Khan Schools, which provided a very high quality of education were also affected by the government policies. The nationalization of schools, the banning of foreign examinations like the widely known and recognized British Cambridge Certificate “O” and “A” levels, and the deterioration in educational standards meant that parents started sending their children abroad, particularly to the United Kingdom.

It is during these early months of 1971, that I became involved in facilitating the migration of Tanzania Ismailis to Canada.

At the outset, I would like to single out my friend Mr. T. J. Arcand, then a diplomat with the Canadian High Commission in Tanzania, for his invaluable and incredible assistance to settle the Tanzanian, and later the Ugandan Ismailis in Canada.

Numerous individuals, including some of our Jamati leaders, who had foreign assets left Tanzania immediately following the government’s nationalization measures. Those who had foreign passports also left for Britain, India, Pakistan etc. A few of our jamati members also proceeded to Canada and the USA where they were allowed to apply for Immigrant Status from there. The Indian Government had publicly announced that it would only allow Indian Nationals into the country, whereas the Pakistani Government heartily welcomed any Muslim who wished to settle there.

During this tense initial period, I decided to migrate to Canada, and filed an application at the Canadian High Commission. After a successful interview, I asked the officer if there was a way to assist other Ismailis to migrate to Canada. It is at this time that Mr. Arcand came into the picture.

Mr. Arcand immediately handed me with a pile of application forms for immigration to Canada. I did not hold any positions in our community or institutions, so I approached the Chairman of the Ismaili Provincial Council, Mr. Amirali H. Rehmtulla, and briefed him on developments at the Canadian High Commission. Mr. Rehmtulla applauded and appreciated my initiative but advised me that the Council could not directly be involved in this matter. But with his encouragement, as an individual I started distributing the application forms for Canadian immigration. Mr Rehmtulla, introduced me to Mr. Sadrudin Esmail (“Sadru Super”) who assisted me with the distribution of the forms and where necessary helped the members of the jamat in completing the applications.

When Idi Amin issued the expulsion order, we approached the Canadian Immigration authorities to take in our Ugandan jamat that numbered around 12,000. At the request of Mr. Arcand, a group of Canadian Senators, led by Senator Benedickson, came to visit East Africa and obtain first-hand information about the plight of the Asian community in Uganda. I was in direct consultation with the late Diwan Sir Eboo, who asked me to continue efforts and use my contacts to ensure maximum possible admission for our jamati members into Canada. After the conclusion of these consultations, Canada agreed to take in 6,000 members of the jamat immediately. Later, a family re-unification process was begun for those who had to go to refugee camps in numerous countries around the world, especially in Europe.

While all this was taking place, the Tanzanian Jamat’s migration to Canada continued expeditiously, but my personal involvement ceased when I myself moved to Canada with my family in May 1973.