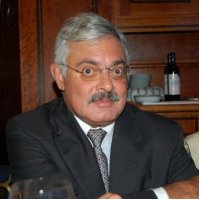 Saleem was educated at Harrow School in England, following which he was commissioned in the Royal Air Force in the Equipment Branch, and served for five years on the active list.

He joined UNDP as a training officer in the Division of Personnel at its Headquarters in New York in 1973.

From December 1992, to June 1993, he was on loan to the United Nations to serve with the UN Operation in Somalia as the Chief of Staff in the office of the Special Representative of the Secretary General. Just prior to going to Pakistan, he returned to UNDP Headquarters to spend a year as Principal Officer in the Office of the Assistant Administrator, Bureau for Finance and Administration.

Saleem's composite experience ranges from supporting development programmes at the grassroots to the management of policy dialogue with government. He has experience in emergency situations including service in Baghdad during the first four years of the Iraq – Iran war (1980 to 1984) and in Mogadiscio Somalia during the humanitarian crisis.

He also served as the Chief Executive Officer of the Aga Khan Foundation, Pakistan, culminating his career in development administration. He assumed this post in 1994, following 21 years service with the United Nations Development Programme.

After some 20 years serving as an international development administrator in developing countries, Saleem Kassum established his residence and base in Toronto in 2000.

From 2006 to 2009, he was a part-time member of the business faculty at George Brown College, teaching organisational behaviour. In January 2010, he became a part-time faculty member at the Ted Rogers School of Management, Ryerson University, teaching Diversity and Inclusion in the Workplace to undergraduates.

In 2003, he gave a lecture at the Canadian Forces College in Toronto on non-governmental organisations.

His interests in the arts include membership of the National Ballet of Canada and the Art Gallery of Ontario.