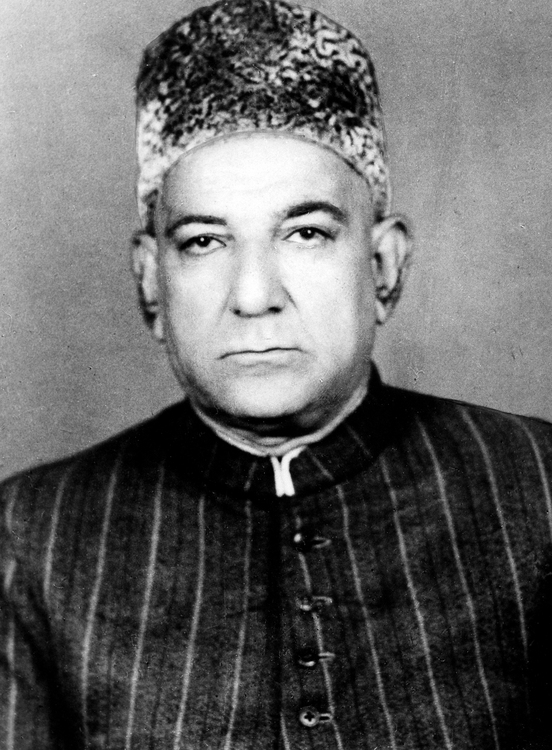 Hussein Jaffer Bhimji Colombowalla was one of the thousands of Khoja merchants who have, generation after generation, shown their ability to adapt and grow their trading businesses in numerous foreign countries and environments. His life story echos the high reputation for business integrity that defined the Khoja merchants for several centuries and its sad erosion lately.

Hussein Bhai was born in 1895 in Gwadar, which was then a port belonging to the Sultanate of Oman and now is in Baluchistan, a province of Pakistan. He was born into a modest trader family. Originally from Sindh Hyderabad, like many Khojas small traders, they had, in the early 1700s, settled in the Omani-controlled port of Gwadar. His father traded fish bought from the local trawlers and sold to shops and restaurants and exporters, who sent it to China and Ceylon.(1) In a few years, his father decided to follow other families to the rapidly growing British port-city of Karachi.

Hussein Bhai joined his father’s fish and dried-fish business and in 1920, married Jena Bai Dharamshi, the daughter of the well-known Mukhi Dharamshi Samji of Ormara. Later, Hussein Bhai had his own fleet of six fishing trawlers in port of Karachi. He exported the dry-fish to Colombo, Ceylon, which was then another developing British port-city. Hussein Bhai was well known for his integrity in business. One time, all his boats were lost at sea in a storm and without insurance, he faced possible bankruptcy. Fortunately, one of his boats did return safely with fish and he recovered. At that time, Agakhan III, the Ismaili Imam, had been rumoured to have told the Karachi Khoja fish merchants “you are eating the fish and someday, the fish will eat you”. Being superstitious, Hussein Bhai decided to leave that business entirely.

In 1932, in conjunction with his fellow Gwadari, Gulamhussein Remtulla (Remu), Hussein Bhai moved his growing family to Colombo, Ceylon and started a rations (provisions) store. Within a few years, he grew that business to a number of stores as well as a very lucrative Singer Sewing Machines agency.(Remu got a Usha fans agency). He purchased a large house in Colombo and a Ford saloon car (in early 40’s). His daughters often mentioned the family vacation trips to Kandy, a beautiful hill station among the tea estates.

During a visit of the Ismaili Imam, Sir Sultan Mohamed Shah to Bombay from December 10th to 30th 1927, Hussein Bhai paid homage and was instructed by the Imam to set up a Jamatkhana in Colombo, notwithstanding that there were very few Ismailis there. As a consequence, with the contribution of funds from Husseinbhai and other prominent Ismailis, the current Jamatkhana was constructed.

Unfortunately, on 5th April 1942, the Japanese air-force bombed Colombo – Hussein Bhai like many others from British India panicked and fled back to Karachi. (He had four children and a pregnant wife). He was forced to leave his entire business empire with “trusted” employees but nothing was returned after the war. His friend Remu and some other Khojas from Kutch stayed and thrived in Ceylon after the war.

Hussein Bhai had put some money away in Karachi and started the ration business there. Once again, he built that into a successful business with three provision stores. As this was wartime, food supplies were being rationed through selected stores for which Hussein Bhai was chosen due his good reputation. This business provided a steady income and many opportunities. He became the main supplier for the community jamans feasts. In 1945, he was appointed Mukhi of Kharadar jamatkhana community center.

In 1951, a Karachi merchant asked Hussein Bhai to be his manager for the export of rice from Pakistan to the Gulf area. Hussein Bhai was well suited as he had kept his British passport (Oman & Gwadar was by then a British protectorate) and he spoke Arabic. His eldest son, Amirali was managing the stores and Hussein Bhai loved to travel. But since he already had a good business, he only agreed when he was offered a taka percentage of the new enterprise.

At that time, the Middle East imported only Indian grown Sudashi rice and it was due to Hussein Bhai’s immense personal effort that over the next decade, the Pakistani-grown Basmati rice became and is now the staple in that area. Hussein Bhai visited Gulf cities like Aden, Bahrain, Kuwait and Muscat to hold cooking demonstrations (like those at Costco stores in North America) for the rulers' palaces, rich Arab homes, restaurants and provision shops. He worked in the rice trade for 14 years and spent almost 8 years directly in the Middle East.

During this time, he was also an important member of the Khoja Ismaili community in the Gulf and was involved with the visits of the eldest son of Agakhan lll, Aly Solomon Khan, to Bahrain. He received the title of Rai in 1954.

Hussein Bhai worked extremely hard for many years staying away for long periods, from his family and his provision business on the repeated assurances that he had a percentage interest in the large and growing business rice export business. Finally, in 1964, when the business was established and running well, he chose to retire but when he asked for his share, the merchant denied making the commitment and as his ration stores had suffered in his absence, Hussein Bhai could not afford any legal action against the rich merchant,

He became bedridden (he always was an 8 am to 8 pm worker) with shock for 15 days. He kept saying that he felt very bad that he could not leave any savings for his youngest son. He died of a heart attack on October 1964.

In the end, Hussein Bhai died without sufficient money to pay for his funeral, although the rich merchant did have the decency to pay for the funeral ceremonies.

Fish catching and fish preserving are by far the most important industries at Gwadur which yield the bulk of China and Colombo's supply. About fifty thousand of fish packets are exported during the year under report. In Gwadur, there are over 500 boats of various sizes known as Rachans, Batel and Yakdars (hooris) engaged for fish catching. The men who catch the fish are called "Janshus" while their headman is often termed as “ Nakhuda'. The Nakhudas or Janshus make special arrangements with the owners of the boats. There is a special Salifa Daryai Court to advise the Authorities on matters of various disputes arising amongst the owners of the boats, Nakhudas and their Janshus."