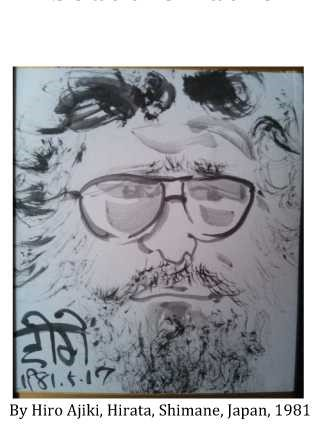 S. Giga Patney (Safder Alladina, born in Tanga, Tanzania) has taught English as a Foreign Language in England, Japan and Portugal and English as a Second Language in England and Canada. In his 35 years of teaching, he has taught Early Years, Primary, Secondary and Adult classes; and developed and taught Teacher Education programmes at the graduate and post-graduate levels at universities in the UK and Canada. His research work is in Sociolinguistics.

He has retired to a hobby farm in the interior of British Columbia where he now does creative writing.

Below, are some sample pages from one of the books in the Alchemist Quartet, by Safder

Chapter 5 of this book gives a fictionalized account of the Alchemist's meeting with Seth Sewa Haji and his wife in Bagamoyo.

"A few days later, the "Gazelle" weighed anchor and set sail for Bagamoyo on the mainland across from Zanzibar. There, we met Seth Sewa Haji, the Merchant of Guzzerat, now known as the Merchant of Bagamoyo. He received us, and the Explorer most cordially and invited us for dinner at his house that evening. We sat eating on a mat on the floor. His wife had supervised the preparation of food in the kitchen earlier and it was interesting to see that she joined us for dinner and took part in the conversation, sitting modestly but confidently, in a long dress with a drape of transparent silk over her head and shoulders. She had a huge stud of a cluster of diamonds at one side of her nose and equally large studs of diamonds, as large as my thumbnail, in each ear.

The servant brought a huge steaming platter of rice and goat meat pilau. The rice was studded with cloves, peppers, cardamom and sticks of cinnamon. There was also a large bowl of strips of carrots cabbage and green chillies fried with mustard seed and turmeric. There were little bowls of lime and mango pickles and green pastes of ginger, garlic and coriander chutneys. A platter of seasoned and fried kebobs of beef was also laid on the dining mat.

Ordinarily, in a Muslim home, the diners would sit around a large platter and eat the food at their side of the platter pulling what they wanted to eat to their edge of the platter. However, as there was a Christian, a Jew, and a Hindu at dinner, Chinese ceramic bowls and spoons were provided for the diners to eat in their own vessels. At the end of the meal, finger bowls of water scented with orange flower and a platter of oranges, peeled and sliced, were brought to the feast.

Seth Sewa said the area was famous for its oranges and even Vasco da Gama, when he stopped there, had taken sacks full of oranges on his galleon.

Ramoo, the Tindal from Hind said, “In our country we call oranges "mosambi" and I wonder if that is because they came to India from Mozambique.”

“Rather like oranges in Yunan, that is, Greece. They call them "portokali" because they came to Greece from Portugal.” The Captain rejoined.

“And like the corn here,” Seth Sewa joined in, “we call "mahindi" because it was brought here by the Indians.”

“I think the word for mangoes here, "embe" came with us.” Sewa Haji's wife added to the conversation. “We call them amba in our language.”

After dinner, when we were sipping coffee from small cups, Seva Haji's wife whispered something in his ear. All I could make out were words that sounded like "kooro, kooro.” She was probably asking about something. At his wife's urging, the Merchant of Bagamoyo asked:

“Ya Doctor Explorer, why do you want to go to see a small river that empties in a lake?”

“Because it is there.” The Doctor replied petulantly. I think the Doctor Explorer was telling himself what a Hindu merchant would know about exploration, the fact that Sewa Haji was a Shi'a Muslim lost to him.

“Of course, it is there.” The Merchant of Bagamoyo replied, “These places have been there for centuries. You know the Puranas, our ancient texts going back three, four, and some say six thousand years, well before the birth of Issa Kristi, May Peace be Upon Him, mention a river, the Great Krishna, flowing through Cusha Dwipa from a great lake in Chandristan, the Country of the Moon. A European explorer was here last year and I gave him this information and how the Puranas gave the position, in relation to the Islands of Zanzibar, of the Great Lake, the great inland freshwater sea the Wa- Nyamwezi, the People of the Moon, call Ukwere. With this information, the Explorer was able to sketch a map of the Great Lake in the Nyamwezi, the Country of the Moon, Rwenzori, the Mountains of the Moon, the Great River Krishna and the Island of Cusha"

“Would you help me sketch that map again?” The Doctor asked.

“Yes, certainly, and what is more, you may join my caravan, which is leaving in ten day's time to travel through the Country of the Moon as far as Ujiji, on the shores of Lake Tanganyika. There, you will be the guest of the Merchant of Ujiji, who will give you food and shelter and all the information and assistance that you will need.”

Turning to me, the Merchant of Bagamoyo said, “As for you, ya Merchant of Yemen, I have a gift for you. Since I have no mangrove poles to sell you, if you take my stock of cotton and tiles to the Island of Komoro to the Merchant whose name I shall give you, he will also sell you mangrove poles for half the price of what I charge in Bagamoyo.”