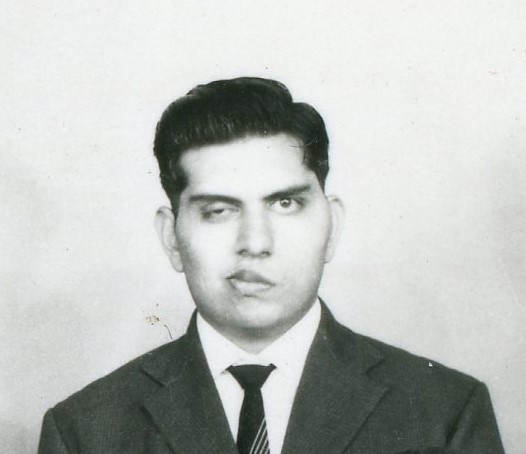 Aminu was mummy’s youngest brother, born in Kisumu in 1943. Maa was attached to Aminu since he was one of the younger ones. All the older children were married and had left home.

Aminu had an unfortunate complication from an ear surgery in his younger years, which damaged a nerve leaving a marked asymmetry on one side of his face. Sadly, Aminu did not live long. One day, on his way back from the airport with Bapa and Khatoon, there was an accident and Aminu was thrown out of the car, which took his life at the age of 36. One can only imagine the devastation of his tragic death on everybody, especially Bapa.