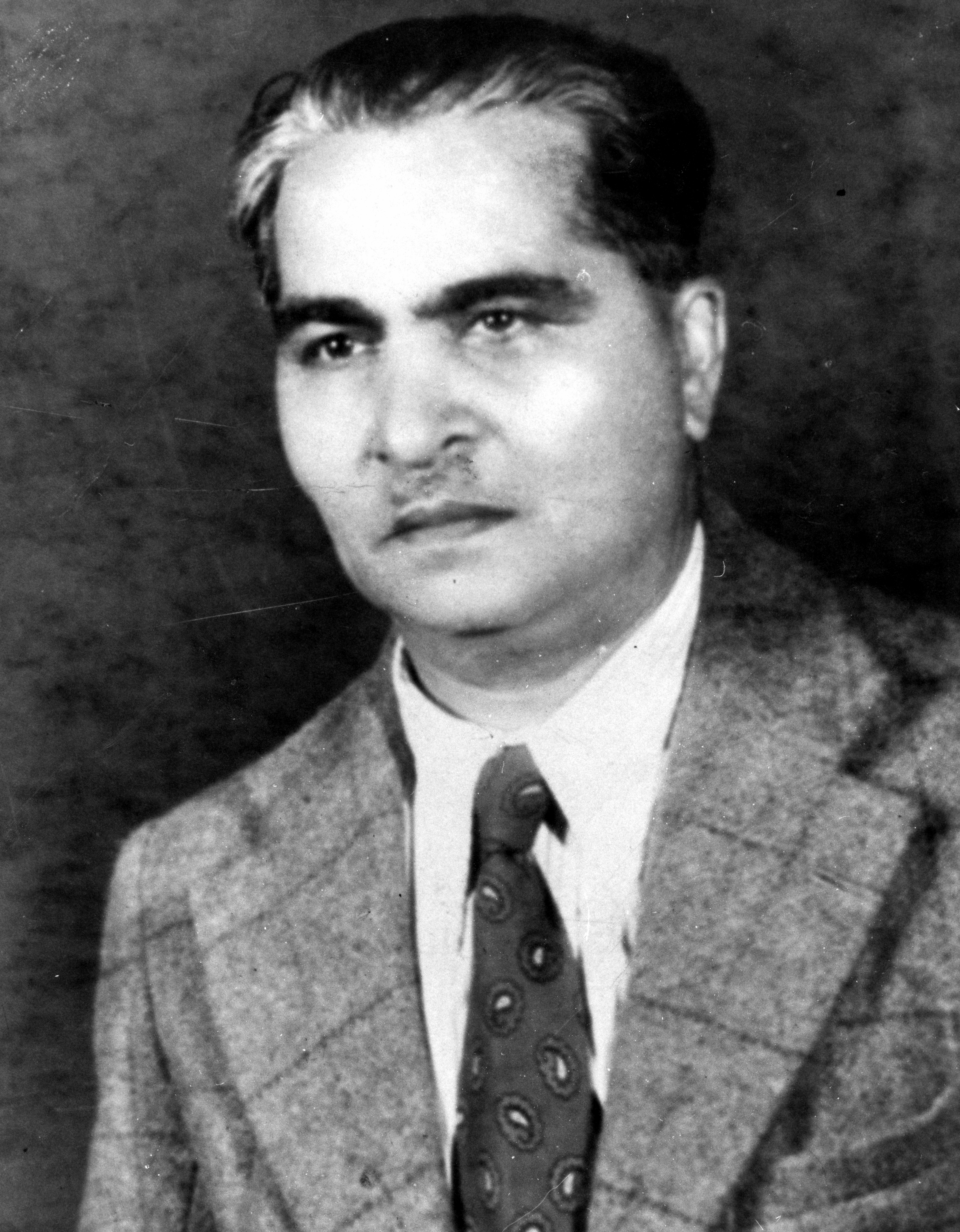 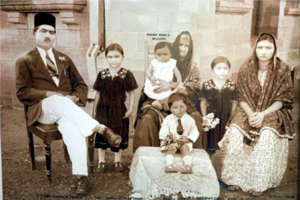 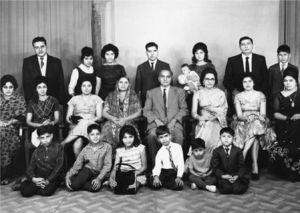 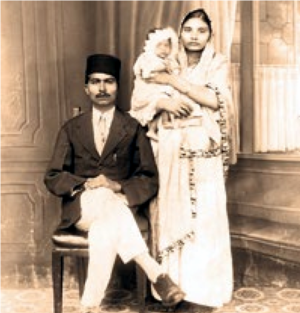 My nanabapa, whom we called Bapa, was born in 1897 in Devgam, Gujarat, India. His name was Hassam Mohamed Dhanji. He was the only son of his parents. The language they spoke at home was Gujarati, which is one of the official languages of India. He had attended the village school and learned to read and write Gujarati, and some arithmetic. When he was in his early twenties, he got married to my grandmother, Khatija Velsi, my Nanima, who was eleven years younger than him, also a child bride. Their marriage was arranged by their parents, which was a common practice in those days, and is even today in traditional families in India.

Bapa left India for East Africa after his wedding, in search of a better life.

Bapa was in his early twenties when he set sail in a dhow from India towards East Africa. He left alone to explore, find a job, earn, and save money before bringing his wife, my nanima, and his mother from India over to East Africa. Bapa decided to settle in Mombasa, Kenya to start with.

Bapa set up a small shop of knickknacks in Mombasa, with the help of an Ismaili fellow he had met. His little tin roofed duka (shop) flourished quite well, according to Bai, my mom’s younger sister. It is not surprising since there were a lot of immigrants in Kenya at the time. In 1896, for the construction of Uganda Railway, a large number of cheap labors in the form of skilled and unskilled Indians was brought over. One of the conditions for their recruitment was that each man, at the end of a three-year contract, was free to choose to settle in Kenya or return to India. Some six thousand seven hundred laborers chose to settle at the encouragement of the local administration and of the better conditions in East Africa. Since business was good, Bapa decided to expand his shop and set up a bigger one. He worked there for a few years and made enough money to send some of it to India to his parents and saved the rest. He always had his family, his parents and his young bride who were still in India, at the back of his mind. The means of communication was limited at the time. He wanted to improve his situation in Mombasa before bringing Maa over to Kenya.

Even though Bapa’s shop was doing well, he was always looking for better opportunities. Then one day, he learnt that the Ismaili Community was looking for a secretary at their Council Office in Kisumu, Kenya. Since he could read and write Gujarati well, he took the job. He packed up his belongings and moved to Kisumu and stayed there for the rest of his life. He worked for the Ismaili Council as a secretary for 25 years, and then as an accountant for another 25 years, since he was good in mathematics. His salary was 200 Kenya Shillings per month, which is equivalent to about $1050, today. After the birth of Mummy, the council raised his salary to 300 Shillings (about $1400), which was a modest sum for that time.

In Kisumu, he built his own little house, with a tin roof. It was a small house with three bedrooms and one bathroom. By now, Bapa had made enough money and it was time to return to India to fetch his young bride who was patiently waiting there, and his mother. His dad had passed away, so together with Maa and his mother, they returned to Kisumu and brought up his family of nine children there.

In the house in Kisumu, Maa, Bapa and family lived for over 24 years. Bapa’s mother also lived with them until Maa had her fourth child, Sultanmama. She then passed away. It was in this house that Maa and Bapa had all their eleven children, eight girls, three boys, mummy being the eldest, born in 1925, and Almas the youngest born in 1949.

On the side of the house there was a veranda almost the length of the house. Since the kitchen was small, a lot of the cooking was done on the veranda, on top of a primus cooker and a sort of a charcoal barbecue that we called a sugri. Beside the house, there was a huge zambura (fruit) tree. The boys would climb up the tree and on to the roof to play. With there being just one bathroom for the whole family, the boys often did their business outdoors in the field behind the house.

They lived in the tin roofed house for a long time. In 1960, Bapa had saved enough money to buy a piece of land and he built a much bigger house for the family

The older sons, Badrumama and Sultanmama started a new business in Congo with the financial support from Bapa. The business flourished well and they were able to contribute towards improving the facilities of the house in Kisumu. They lived in this house until the passing of Bapa in 1982. Bapa died in London while visiting his daughter Sherbanu Bai in 1982, at the age of 85.

Bapa loved life. He enjoyed reading and travelling. He took the children to visit family frequently. He was a proud man and always dressed well, in long pants and shirt. He liked his children to dress well also. He was resilient and a devoted husband and father.